Aldermen have agreed to a move that will preserve one of the city’s greatest hidden treasures, while nearly tripling the size of a planned public park off I-540 in southwest Fayetteville.

City Council members on Tuesday voted unanimously to buy 328 acres of land on Mount Kessler that was originally part of plans for SouthPass, a mixed-use development which failed as a result of foreclosure.

The Chambers Bank-owned property includes over eight miles of hiking and mountain biking trails with spectacular views of the city, and sits next to the future home of Fayetteville’s 200-acre regional park. 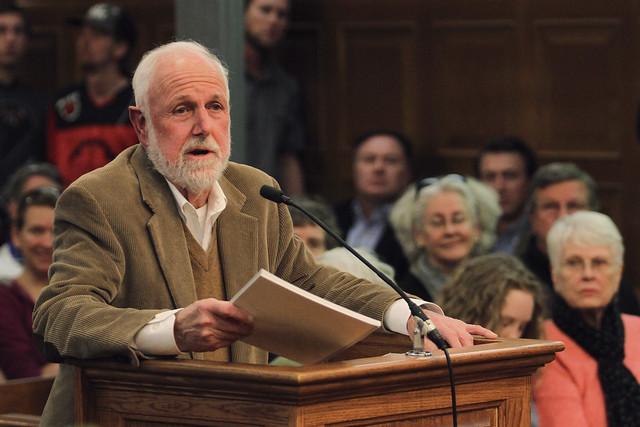 The $3 million purchase is supported by a $1.5 million matching grant from the Walton Family Foundation. The remaining $1.5 million will be paid using city reserves which have grown to nearly $13 million in the past six years.

As part of the grant terms, the city must agree to a real estate contract by April 15, and will be required to build a public trailhead that provides convenient access to the property within 90 days of acquiring the land.

The city will get $300,000 back, thanks to a three-year pledge from the Fayetteville Natural Heritage Association, a conservation group formed in 2003 to help the city buy 67 acres of woodland on Mount Sequoyah.

Aside from the land included in the sale agreement, Chambers Bank will donate another 48 acres to the city as future parkland dedication credit.

The hillside property, with its network of trails and open space, creates almost 600 acres of parkland in what city officials have called a “legacy acquisition.”

Tuesday’s vote marks the end of a nearly 10-year campaign – led by Mount Kessler settler Frank Sharp – to raise awareness for the mountain in hopes that it would one day be preserved for recreation and education use.

Our contributor Caroline Bauman wrote more about Mount Kessler as part of her 2013 trail review series. Known as “Rock City,” this portion of the trail boasts beautiful rock formations. Owner Frank Sharp leads the way to the Mount Kessler Trail entrance with two of his trusty pups. Along with his dogs, owner Frank Sharp often hikes his trail with his goats.