Crews work to clear the site once home to a Days Inn motel at College Avenue and Township Street.

Demolition work is underway at the site of the former Days Inn motel at the northeast corner of College Avenue and Township Street in Fayetteville.

Crews have been working since mid-March to clear the area to make room for a 13,000-square-foot CVS pharmacy. 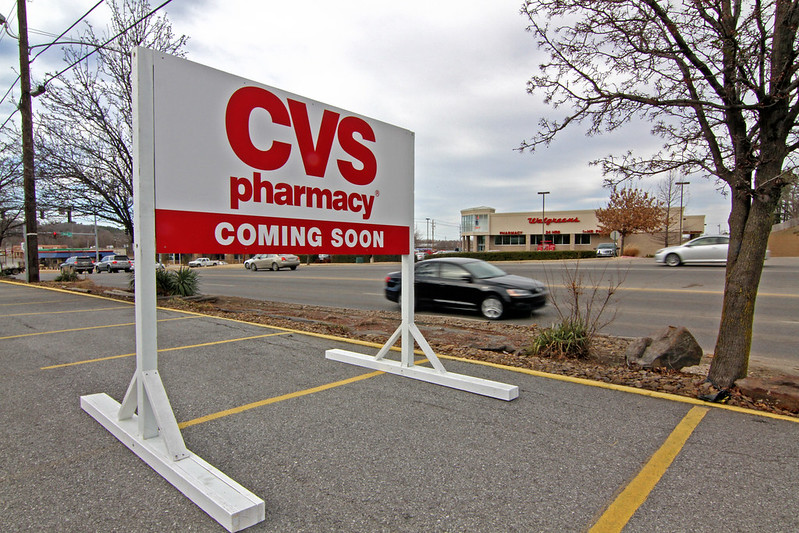 The new CVS site is across the street from a Walgreens store.

New England-based pharmacy retailer CVS Caremark Corp. is adding at least four stores in the state, including three in northwest Arkansas. CVS operates one store in Texarkana, and has locations planned in Bella Vista, Van Buren and Sherwood. Plans were submitted in March to build a CVS on the site of the former Sunrise Inn motel on South Thompson Street in Springdale.

As part of the Fayetteville project, CVS has agreed to build new sidewalks with 10-15 feet of trees and landscaping along College and Township, and remove an unsightly retaining wall at the south end of the property.

Both the Fayetteville and Sherwood stores are set to be built across the street from Walgreens, which operates about 80 locations in Arkansas, including six retail pharmacies in Fayetteville.

While Walgreens is the largest pharmacy chain in the country with more than 8,000 locations, CVS is a relatively close second, with more than 7,000 stores nationwide.