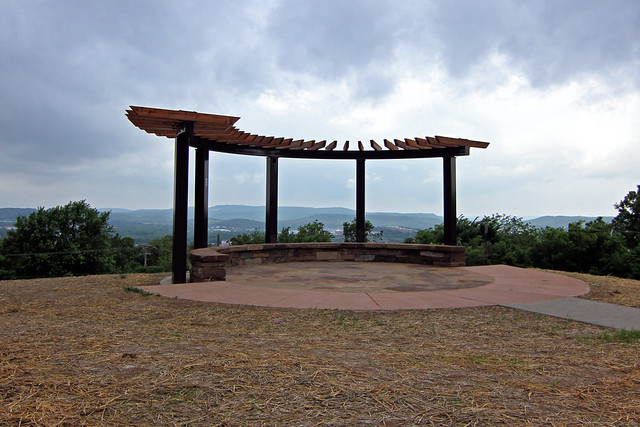 A new arbor with flagstone paving was installed as part of the Mount Sequoyah Gardens improvements project.

The public is invited to a ribbon-cutting ceremony to celebrate the completion of the Mount Sequoyah Gardens improvements project at 5:30 p.m. tonight.

The Fayetteville Historic District Commission last week announced its 2014 Historic Preservation Awards honoring projects, organizations and individuals that displayed an outstanding commitmentto historic preservation in Fayetteville during the past year.

The city of Fayetteville’s summer adult softball league is now accepting team registrations for the 2014 season.

Smoke & Barrel Tavern has live music this week with Aaron Sarlo & The Dangerous Idiots, Eyes of Iron, Witchsister, and more.

Mickey Finn’s Wednesday night special is a pint of High Life and a shot of Jim Beam or Forty Creek for $5.

Party with a view! Check out Rooftop Revival, featuring Purp Loder and m.bolez every Thursday at 21st Amendment.

The Arkansas baseball team moved up four spots to No. 50 in the latest NCAA ratings performance index (RPI) after a series win against Texas A&M.