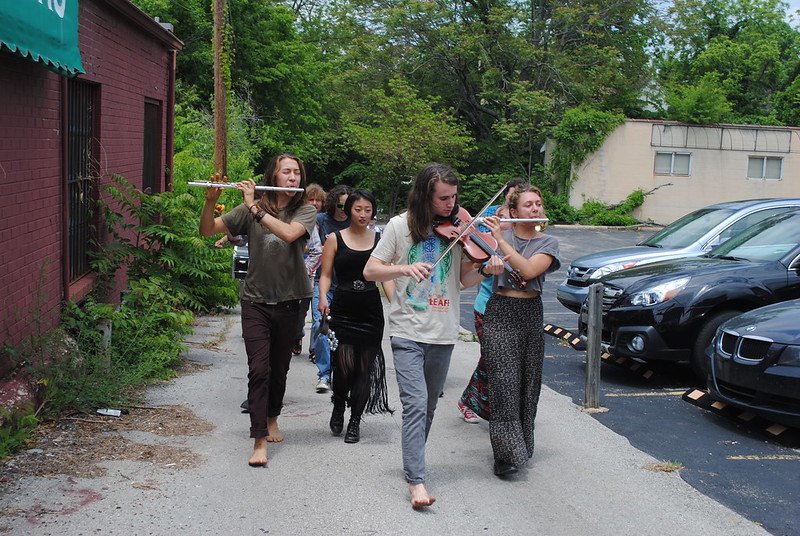 Ozarka Orchestra leaves the stage and marches through the crowd and into the alley way behind Little Bread Co. during Block Street Block Party

In between giving out t-shirts and playing the Try Your Best bag toss game with you guys at Block Street Block Party yesterday, we snapped a few pictures during the event. See anyone you know?

Did you catch central Arkansas musician Adam Faucett at Block Street Block Party over the weekend? He answered a few questions for us last week.

Looking for the perfect summer meal? Get the new and improved fish tacos at Jose’s!

If you need a lunch box that says “Come join the meat parade,” we know where to find one. (It’s The Mustache).

The Arkansas baseball downed Missouri 7-5 on Sunday in extra innings to sweep the series and finish the regular season (35-21, 16-14 SEC).

Others:: NBA player Kevin Garnett is 38, actress Eleanor Tomlinson is 22, NBA player Mario Chalmers is 28, The Who guitarist Pete Townshend is 69, singer Sam Smith is 22, former NFL player Archie Manning is 65, and singer Jordan Pruitt is 23.