Here’s some nice news on a rainy day.

It’s been four years since we posted a not-so-positive roundup of activity we noticed along College Avenue. In late 2010 the amount of “For Sale” signs that had appeared along the high-traffic thoroughfare had tipped the scale just enough for folks to start wondering what was up. In fact, the growing number of vacant properties were starting to make parts of midtown look more like a ghost town.

Fast-forward a few years and College Avenue is looking a lot different.

Thanks to Kum & Go and to Arvest Bank, two of the four corners at Township Street received an overhaul, and a third major development will soon mark a complete transformation of that intersection.

An empty Bank of America branch became an Einstein Bros Bagels at Evelyn Hills, McDonald’s reinvested with a raze-and-rebuild of their longtime midtown restaurant, and the Yacht Club turned a long vacant lot into a small business incubator that has so far filled two empty brick-and-mortars along College Avenue.

There are other positives in the works, including an extension of the sidewalk and street tree improvements from Maple to North Street, and a flyover bridge in uptown that isn’t even finished yet, but was likely a contributing factor in Whole Foods’ recent decision to build its first northwest Arkansas grocery store on College Avenue in Fayetteville.

Of course, it’s not all roses. Some of those buildings are still vacant, and others have seen some failed attempts at revitalization, but things do seem to be looking more positive for College Avenue.

Anyway, here’s a roundup of some developments we’ve reported about along College Avenue, and some we haven’t yet mentioned. 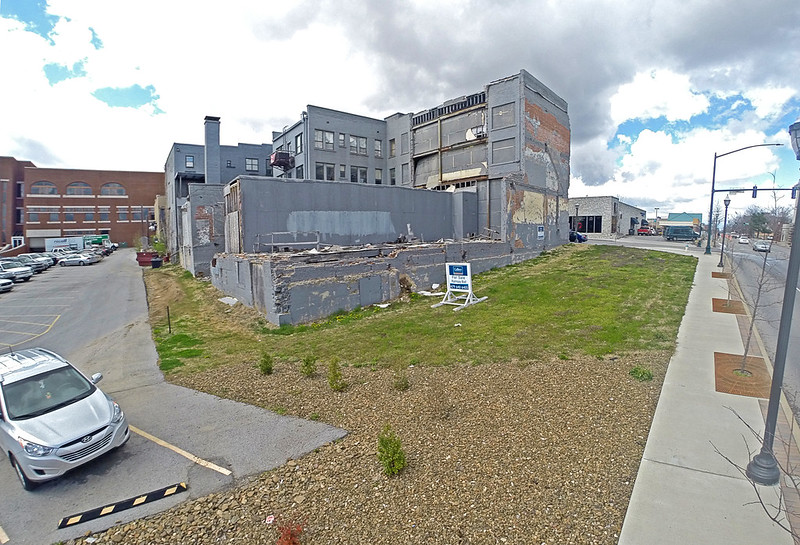 One of the most noticeable pieces of vacant property in Fayetteville may soon have a new owner.

Collier’s International principal Ramsay Ball said an offer was accepted on the 1.02-acre site, and while it does have some contingencies, he said he was confident that the buyer was motivated to move quickly. 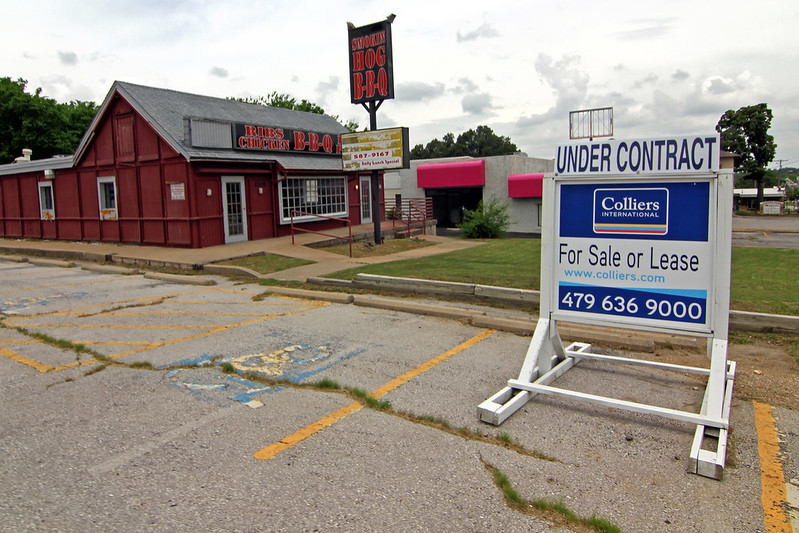 A vacant restaurant at the corner of College and Sycamore Road looks to have found a potential buyer.

The building, located at 1705 N. College Ave., most recently housed a barbecue restaurant called Smokin Hog B-B-Q. Before that, it was the longtime home of a Long John Silver’s.

We heard rumors several years ago that a major coffee chain was looking at buying the property, but those rumors died when Smokin Hog moved in and Einstein Bros. Bagels took over a former bank branch a block south at Evelyn Hills. It’s been all silence since then. 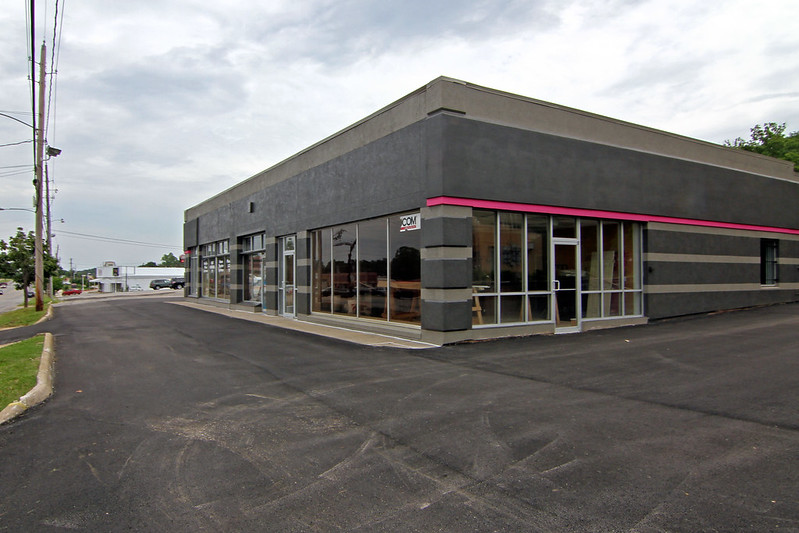 This one’s a question mark for us, too.

A remodel of the old Stereo One building is nearing completion at 2244 N. College Ave.

We stopped by a few months ago and a worker told us the building would be broken into two commercial spaces, one of which had already been spoken for.

We’ve heard no rumors about the new tenants, but as one commenter mentioned yesterday, the building looks a lot like a T-Mobile store. 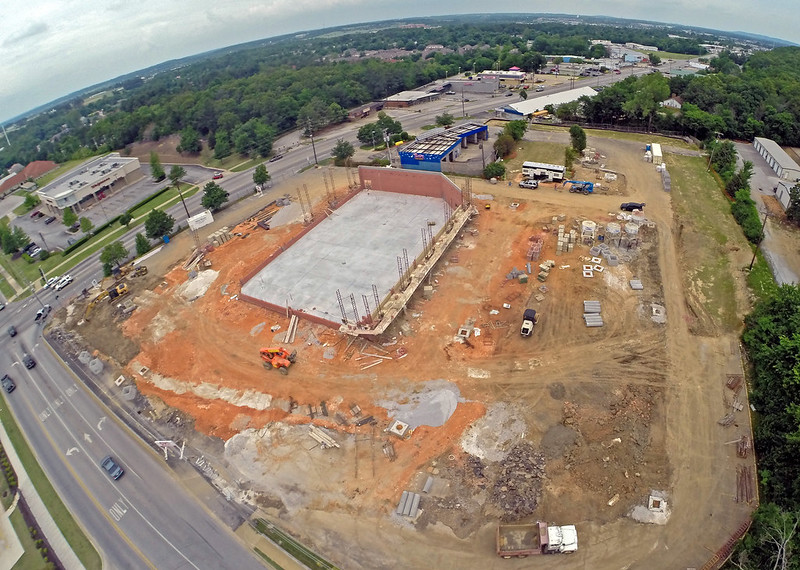 The CVS Pharmacy construction is coming right along at the northeast corner of College and Township Street.

It’s been almost a year since the company unveiled plans to replace the old Days Inn motel with a 13,000-square-foot drug store across the street from Walgreens.

As mentioned before, the new CVS will mark the finale of a complete transformation of that intersection, which began 13 years ago when Walgreens opened on the northwest corner where a Nelms Chevrolet car dealership had been. 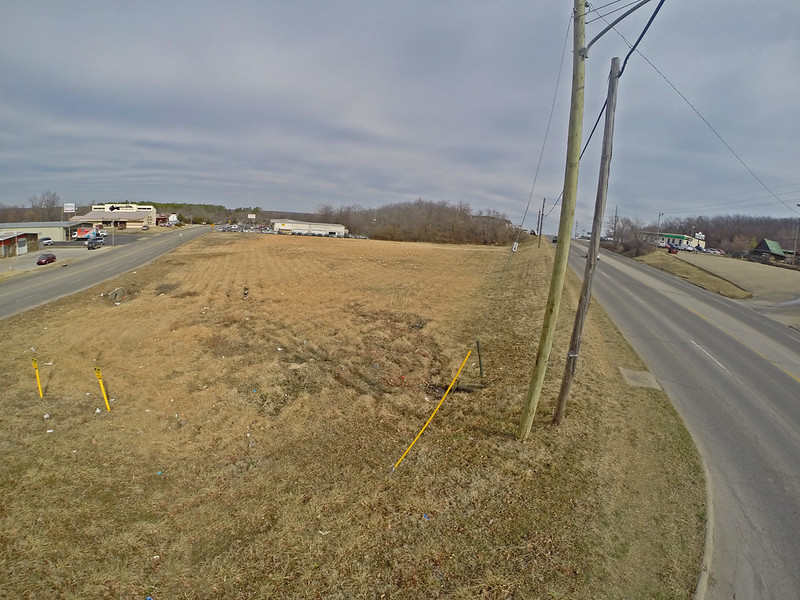 The new store will include a 7,500-square-foot building with 33 parking spaces built on an undeveloped, triangle-shaped field across from Ben Jack’s and Potter’s House Thrift Store.

We’ve asked O’Reilly if the new store will replace the nearby Township Street location. They said they’d let us know. We’ll see. 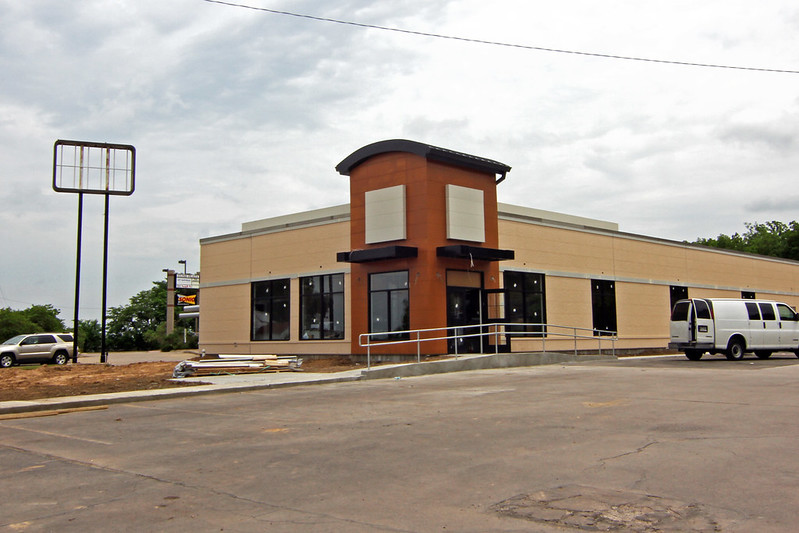 As mentioned in February, a renovation project is underway at the future home of Fayetteville’s first MedExpress Urgent Care walk-in clinic.

Work looks nearly complete at the 1.65-acre site that was once home to Carpet One and Western Sizzlin Steak House, just south of Sonic Drive-In at 2890 N. College Avenue.

MedExpress, which ranks third nationwide in number of multi-state clinics, has expanded considerably in the past two years. The West Virginia-based company currently operates 130 urgent care centers in nine states. That’s nearly double the amount of clinics it operated in early 2012. Construction could begin as early as July at the site of the upcoming College Marketplace.

The $25-million food and retail center planned at 3535 N. College Ave. will be anchored by the region’s first Whole Foods Market, and will include over 26,000 square feet of additional commercial space spread out over three buildings.

As mentioned this week, no other tenants have been announced, but the NWA Business Journal reports that the area will cater to a “high-energy lifestyle.” 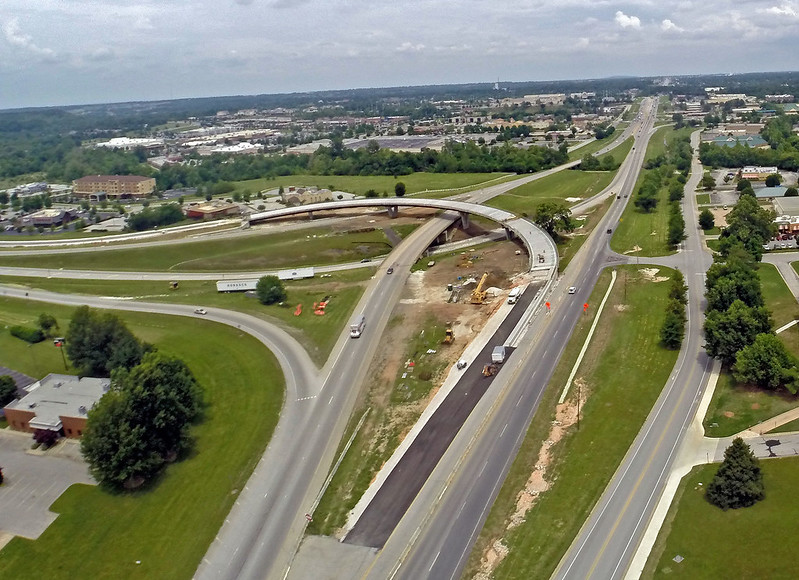 Crews are in the final stages of completing the College Avenue flyover bridge just north of Millsap Road.

The paving contractor next week will begin cold milling the existing asphalt in preparation to lay the final asphalt surface across the bridge.

Traffic will be reduced to one traffic lane in both directions overnight from June 2-6, officials said today.

The long-awaited project will provide an alternative for northbound College Avenue drivers who normally make a U-turn at Joyce Boulevard to access the Fulbright Expressway. Once complete, drivers may instead take a left lane bridge just north of Millsap Road that extends over southbound College Avenue traffic to head west on the Fulbright Expressway or exit onto Mall Avenue between Olive Garden and Logan’s Roadhouse. 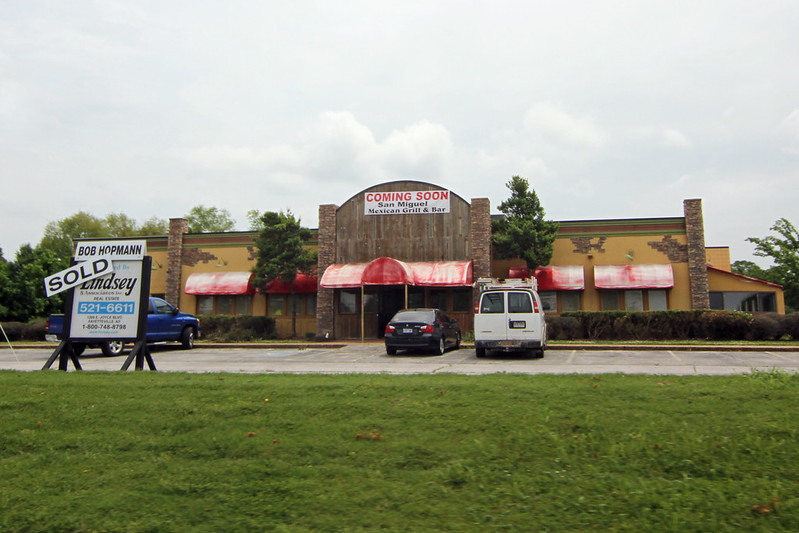 The long vacant (well, outside of Halloween season) former home of Kirby’s Grill & Bakery will finally have a new tenant.

The building, which has been home to a Halloween Express store each fall for the last several years, was recently purchased by a company called San Miguel Properties, registered to Jose and Maria Rodruiguez of Springdale. The Rodruiguez family also operates two La Hacienda restaurants here in town. 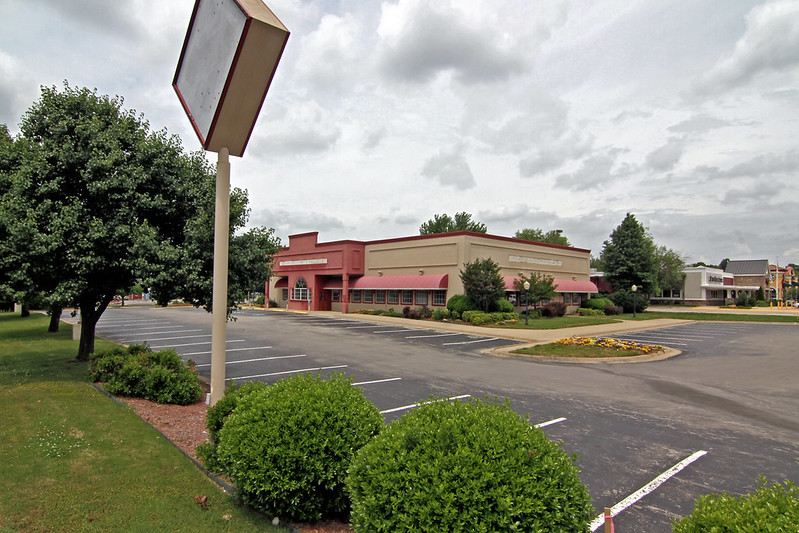 We’re not sure about the timing on this one, but plans were recently submitted to city planners for a Discount Tire location at 3875 N. Shiloh Drive in north Fayetteville.

The building was the longtime home of a Dixie Cafe restaurant, but the Little Rock-based chain closed the Fayetteville location late last year.

We reached out to Dixie Cafe to see if there were any plans for a new restaurant here in town, but we never got an answer.