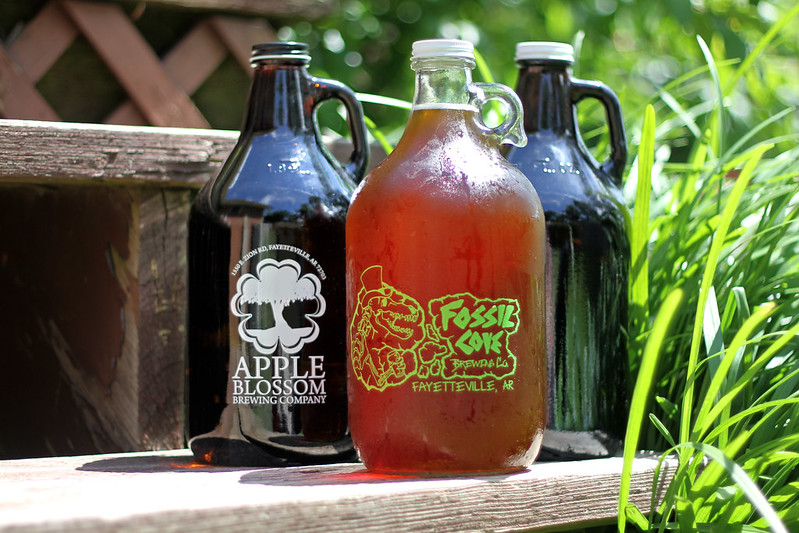 There’s nothing more satisfying than leaving your favorite brewery with a freshly-filled growler in hand. Bottles and cans seem distant at times, almost impersonal. They rush down automated assembly lines by the hundreds (if not thousands). By the time they make their way to your glass they may have sat in a warehouse or stock room for weeks on end. But a growler was filled for you and you alone. Its intended consumption is immediate, not weeks from now. Maybe it’s just me, but a growler is as much about the experience of having it filled as it is the beer inside. It’s beer with a personal touch.

Thanks to a new rule proposed by the Alcohol Beverage Control Division, you will soon be able to have your growler filled at any Arkansas business with a retail beer permit. In other words, you are no longer restricted to local breweries or brewpubs for fills. Envision a future in which you can walk out of your favorite liquor or grocery store with a half gallon of your favorite beer poured and packaged fresh from the tap. This will be the new reality when the rule takes effect in July.

So what does this mean for area beer fanatics? First – and perhaps most importantly – it means more variety in growler fills. No longer will fills be restricted to native brews. Favorites from across the country, such as Avery and Founders, should also be available. And there is the possibility of special “one-off” kegs finding their way to growler outlets. Sometimes a brewery only produces a small amount of a specialty beer and can’t afford to put it in bottles or cans. But a keg of that beer might be sent to new markets to drive interest in the brewery, which means you should see more of the rarities your hipster friends are talking about.

Don’t worry, though. There are also benefits for Arkansas brewers. By allowing retail establishments the opportunity to fill growlers, the public can taste the beer from local breweries that can’t yet afford to package in cans or bottles. Packaging lines are a significant capital investment, and most breweries start by kegging their beer for distribution to draft accounts. I can enjoy a local beer at the brewery, and sometimes in a bar or restaurant; but rarely can I find it at the store (with the exception of the local guys who have already gone big). Retail growler fills should mean more exposure for the little guys.

Another positive outcome to the new rule is the opportunity for a new business model. Retail growler fill “stations” have become all the rage in the Pacific Northwest. Stations have popped up in huge numbers and the beer-consuming public has responded with great enthusiasm. A new wave of entrepreneurs has adapted to our nation’s loosening rules on beer production/consumption. The bottom line is that retail growler fills contribute to the local economy and should create opportunities for new businesses (and jobs).

And of course many people feel that kegged beer just tastes better than its bottled or canned counterparts. Given the choice of a fresh growler pull or a bottle from the cooler, well…it’s not a hard decision to make (especially if it’s to be consumed relatively quickly).

But there are still a lot of questions to answer. I talked to several area liquor store owners, and they are not quite ready to jump on board. They wonder if the investment necessary to install growler stations in their stores will be worthwhile. Will the demand be there? They wonder if the health department will get involved. Will they require sinks and special sanitization equipment to handle dirty growlers? That’s new territory for liquor stores. How should glass exchange programs work, and who is responsible for creating the labels required by the new rule? I didn’t talk to any of the local grocers, but I think they would have the same concerns.

Local brewers have their own concerns. First and foremost, they wonder if they can produce enough beer to service more draft accounts. Some are struggling to keep up with present demand, let alone a new outlet for their beer. Most are prioritizing bottles or cans at this point. Whatever precious inventory is left over after servicing existing accounts is earmarked for the packaging line. Fossil Cove, for example, can’t produce enough beer to bottle at this point and is waiting on additional fermentation tanks to build its bottling inventory. Ozark Beer Company has its canning line up and running, but can’t keep up with the already-frenzied demand for its cans of pale ale. There may not be enough to supply growler fills outside the brewery. I would expect the bigger brewers in the area, Core and Saddlebock, to be the first of the native brewers to show up on retail taps for growler fills. They have the production capacity to meet this new demand source. In the future, upstart breweries like Columbus House – the new Fayetteville brewery set to open next month – could put a couple of kegs out in stores to spark an interest in its product.

Here’s the deal, Fayetteville. There’s a lot left to figure out, but clearly this rule will eventually benefit us all. Any new opportunity to enjoy good beer is a good thing, and retail growler fills will be another lift to our expanding beer culture.

If you are excited as I am about this rule change you should ask your favorite retailer a simple question – “When are you going to start filling my growler?”

Highlights of the new rule: