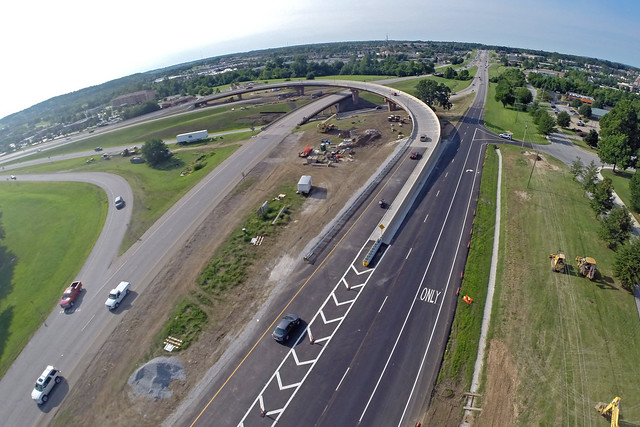 Traffic flows onto the new flyover bridge in north Fayetteville.

Over 100 people attended a ribbon-cutting ceremony held atop the new flyover bridge last week. While the new bridge is open during the day, it will be closed overnight for the next few days while crews work to finish painting the structure.

City officials will host a public meeting this afternoon to discuss an upcoming drainage repair project in the historic Washington-Willow neighborhood near downtown Fayetteville.

Here’s a list of the other public meetings scheduled in town this week.

Treat yourself to a cream puff the size of your head from Little Bread Co. Go on. You deserve it.