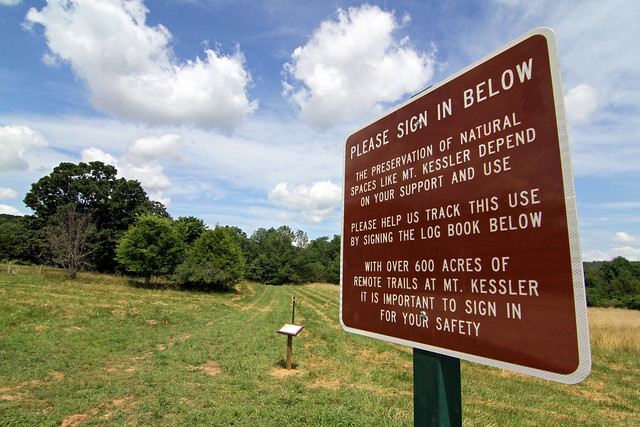 A celebration is planned for the completion of the Mount Kessler trailhead project. Here’s more on that, including about a dozen photos.

It looks like Starbucks is planning its fifth location in Fayetteville, in front of Walmart Neighborhood Market on Wedington Drive.

One of the standout artists from last year’s Fayetteville Roots Festival is back in town for a three-day residency at Fayetteville Public Library.

Police have identified a woman found dead in a creek in south Fayetteville last week.

Cox Communications announced Wednesday it will carry the SEC Network in all its markets when the network hits the airwaves next month.

Ella’s is hosting a benefit for Life Styles, Inc. today where 20% of lunch and dinner proceeds go straight to the organization.

Kingfish has live music this week with Jeff Kearney, Voxana, and the legendary Jed Clampit.

The Arkansas men’s basketball will face Wake Forest at home next season. Other confirmed nonconference opponents include Dayton, Iowa State and SMU.

Arkansas senior defensive end Trey Flowers was named to the 2014 Bronko Nagurski Trophy Watch List. It’s the second watch list appearance for Flowers this year, who was named as a prospect for the Chuck Bednarik Award earlier this week.