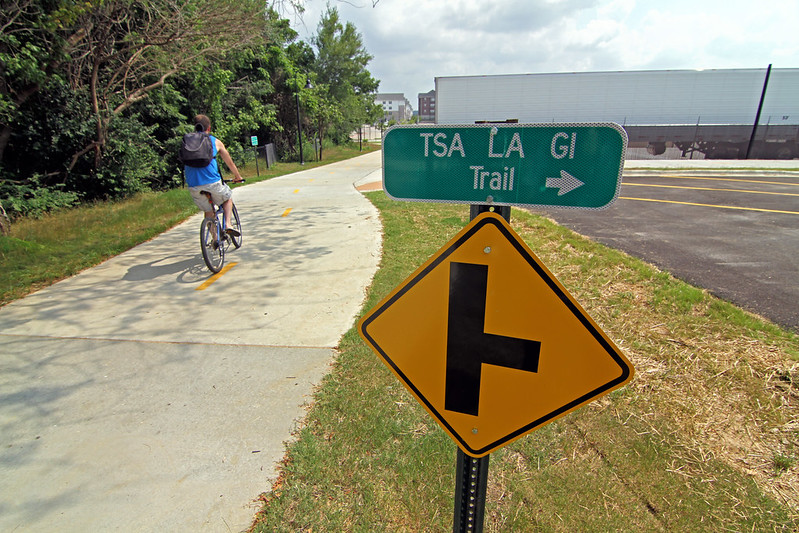 Trail work in south Fayetteville will soon kick into high gear, thanks in part to nearly $1 million in grants from the Walton Family Foundation.

More than 10 miles of trail are set to be built in the south part of town over the next three years, including connections to Mount Kessler, Baum Stadium, the Arkansas Research and Technology Park, several new apartments, and a planned 200-acre regional park. Alderwoman Sarah Marsh said she was excited to see the attention turning south.

“I would like to say ‘thank you’ to the Walton Family Foundation for helping us with this project,” said the south Fayetteville alderwoman during last week’s City Council meeting. “There is nowhere in our city where it’s need more than down on our south side. Thank you for extending this into these neighborhoods and giving people more options to walk or ride their bikes and live a healthy lifestyle. I can’t wait until I can ride my bike to the regional park.”

Town Branch Trail will be the first to see the benefits of the grant money.

The 2.8-mile trail will run south of 15th Street from Walker Park to Interstate 49, and construction will be paid for in part by an $815,000 Walton Family Foundation grant the city accepted last week.

Work is currently underway on a small portion of the trail near South School Avenue, but plenty of path is still needed. The remaining project will be built in three phases through 2015.

Phase one will connect Walker Park and Greathouse Park, and should be complete by the end of 2014. Phase two will extend the trail to Razorback Road to connect with a nearly half-mile portion of trail built by the developers of The Spectrum apartment complex just west of Baum Stadium. The final phase will head north toward the I-49/MLK interchange, and is set to be completed in 2015.

Tsa La Gi Trail is already partially complete. The trail currently runs south of MLK from Frisco Trail past Fayetteville High School to Razorback Road. The plan is to extend it west to the University House (formerly The Domain) apartment complex near where a Dunkin Donuts is being built by the end of 2014.

Eventually, Tsa La Gi Trail will run west past I-49 near Walmart and Lowe’s on Martin Luther King Jr. Boulevard. That work can’t begin until a state interchange improvement project is completed in 2017. City officials are hoping the state agrees to incorporate the trail into the interchange work instead of just building bike lanes along MLK as originally proposed. If all goes well, the trail will be a continuous 12-foot separated path west of I-49. 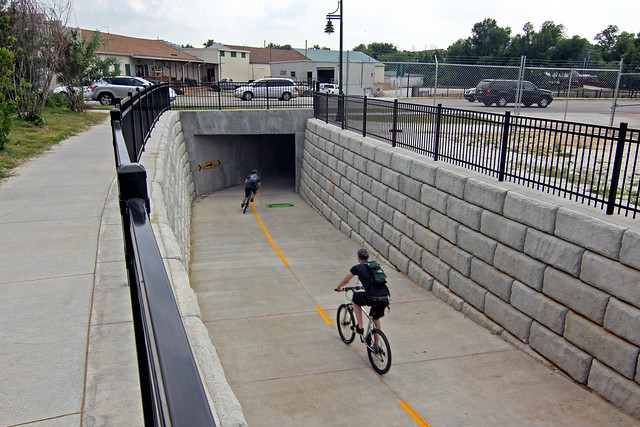 The city also received a $150,000 foundation grant for design work on the Cato Springs Trail, which will run south from the Town Branch Trail near Greathouse Park to the regional park land off South Cato Springs Road.

Matt Mihalevich, the city’s trails coordinator, said the Walton Family Foundation has been pushing for a trail connection to Mount Kessler and the regional park as part of a goal to link regional amenities and greenspace along the 36-mile Razorback Regional Greenway.

Beginning the design early is key in making sure the trail is tied in with the recently opened Mount Kessler trailhead by the time the first phase of the regional park opens in 2016, said Mihalevich.

“It includes some pretty involved permitting because we’re going to have to cross the interstate,” he said. “We expect it to take some time with all the required permitting, so we’re happy to get a jump on it now.”

A 12-foot-wide separated path is set to be built along Rupple Road once it is extended from Persimmon Street to MLK. It will one day cross MLK to provide an easier connection to Mount Kessler for west Fayetteville trail users.

Finally, the city plans to build Shiloh Trail along the west side of Shiloh Drive from the I-49 interchange to the northeast corner of the regional park.

Mihalevich said he’s happy to see things moving so quickly after the completion of the Frisco Trail extension.

“And we’re really excited for the generosity of the Walton Family Foundation,” said Mihalevich. “They’ve been supportive throughout the region and we’re not exempt from that.”