The University of Arkansas’ fall semester is just around the corner, and as always this time of year, that means a flurry of activity in the restaurant world here in Fayetteville.

We’ve posted about some of these places over the last few weeks, and we’ve also found a handful of other places that have opened or plan to open soon in Fayetteville in the last few days. 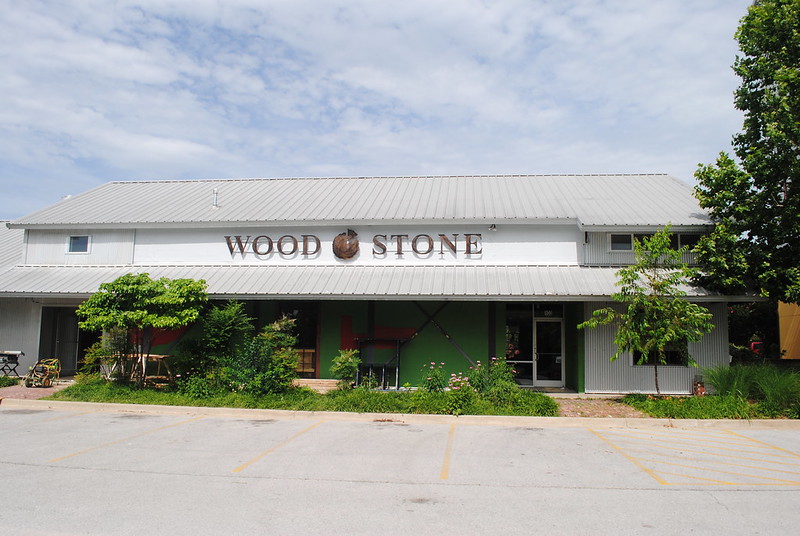 The much anticipated new craft pizza and beer restaurant from the folks behind Greenhouse Grille is now open.

The new place focuses on wood-fired pizza topped with local and organic ingredients, and a curated selection of local and regional craft beers. (We tried it at a soft opening over the weekend. It was magical.) Owners of the restaurant are working to remodel the space at 402 W. Dickson St., in the building formerly home to The Phoenix.

It will be a second location for the restaurant, and plans are to continue to operate their store at 3315 W. Wedington Drive.

The restaurant focuses on a variety of hot and cold sub sandwiches. If all goes well, they’ll be up and running on Dickson Street sometime this fall. Here’s our story about the restaurant from last week in case you missed it. 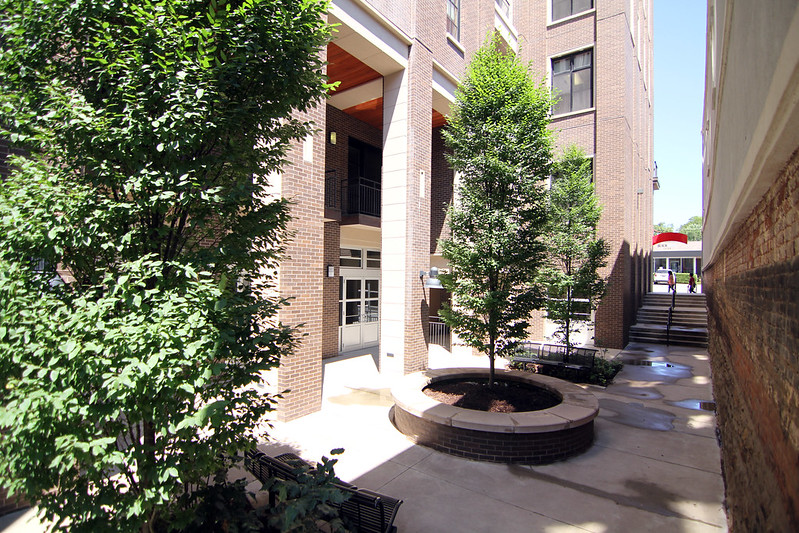 Local residents Lisa, Larkin, and Abhijeet Purkayastha are working to open a new place called Khana Indian Grill just off the courtyard inside Powerhouse Alley on the bottom floor of The Dickson.

The family said the new restaurant will focus on a small menu of some of their favorite Indian dishes made with local and organic ingredients whenever possible.

If all goes well with construction, they hope to be up and running with the new restaurant sometime this fall. Speaking of Indian food, the folks behind Packard On Block appear to be shifting their focus a bit.

The owners told us in May that they planned to focus on sandwiches and soups and a few Indian dishes at their new restaurant at 208 N. Block Ave., but a menu recently posted to the restaurant’s Facebook page seems to focus pretty heavily on curries, naans, and other Indian favorites.

The owner of the restaurant stopped by the Flyer this week, and posted in the comments that he plans to open sometime in August. 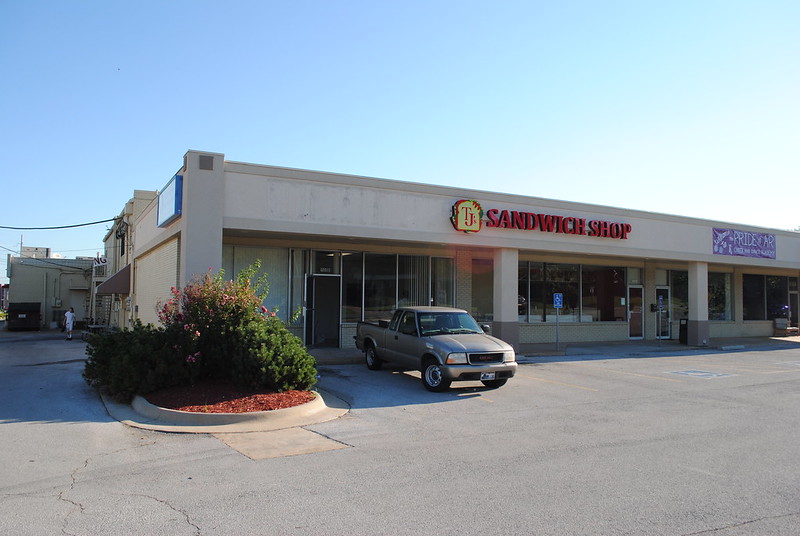 The new restaurant, called TJ’s Sandwich Shop, and will take over the space formerly home to Lean Green Cuisine at 908 Rolling Hills Drive.

Signs for the new restaurant have gone on the building recently, and their website is already up and running (here’s the menu.)

According to a recent Facebook post, renovations are nearly complete, and the restaurant will open “very soon.” 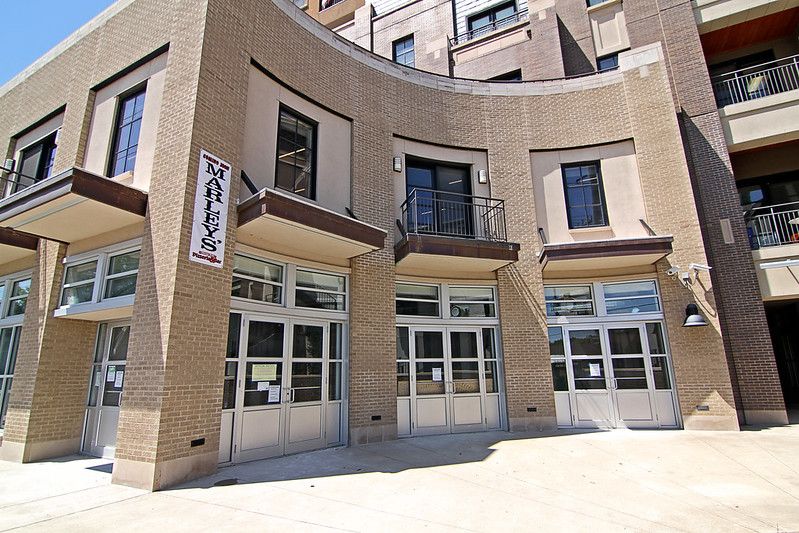 The folks behind Marley’s Pizzeria are making progress on their restaurant, set to open this fall at 609 W. Dickson Street #103 inside the Dickson.

The restaurant has been posting construction photos to their Facebook page regularly, and as of this week, it looks like the sheet rock on the build-out is complete.

The restaurant, which also operates a location in Tulsa, focuses on Chicago-style pizza, as well as some sandwiches, wraps, salads, and appetizers.

Table on the Hill The restaurant group behind Table Mesa has decided to re-concept and re-brand their Fayetteville location.

The restaurant, located in the Legacy Building at 401 W Watson St., was renamed Table on the Hill and the owners are calling it a “modern tavern.”

Ownership and management will remain the same, they told us last week. 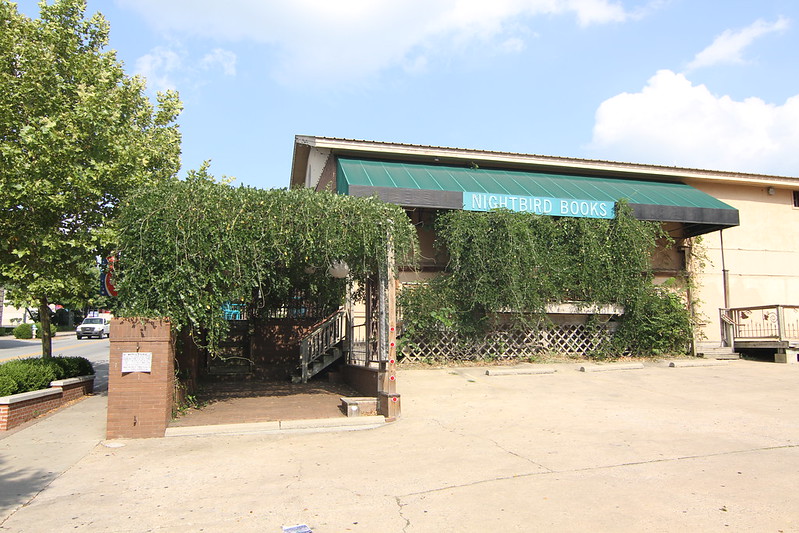 Frey told us the restaurant will serve high end coffee and craft beer.

Renovations will begin sometime in mid-August. If all goes according to plan, the new bar and coffee shop will be open sometime in late fall or early winter. After nearly a year of waiting, plans for a Freddy’s Frozen Custard & Steakburgers were submitted to city planners this week.

The Wichita, Kan.-based chain is planning a 3,675-square-foot restaurant at 3399 W. Black Forest Drive, near the southwest corner of Wedington Drive and Salem Road in Fayetteville.

Flyer readers have known about Freddy’s plan to open a Fayetteville location since last October, but no official documents had been submitted until now. 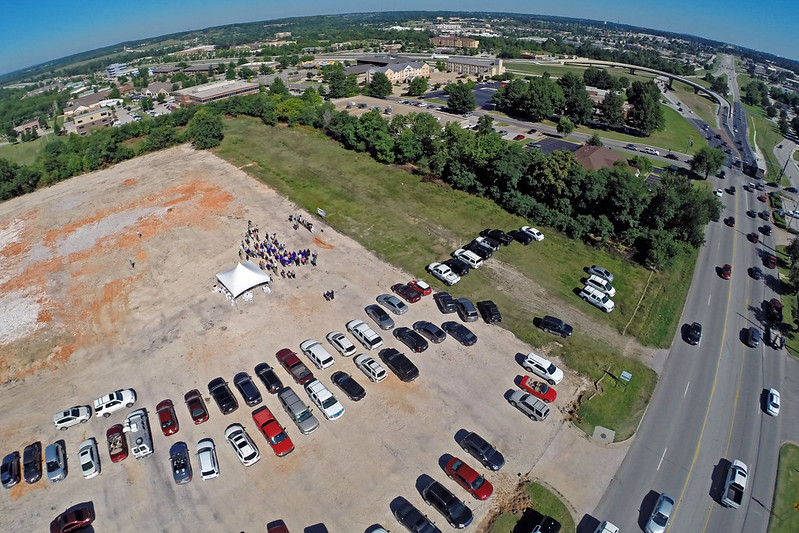 A groundbreaking ceremony was held Aug. 13 along the north side of the construction site of the new College Marketplace shopping center.

We recently heard from a local source who told us the names of the first two tenants set to occupy space at the upcoming College Marketplace shopping center in north Fayetteville.

Zoes Kitchen, a Texas-based, casual Mediterranean chain will set up shop at the new center, along with Chipotle Mexican Grill. If the deals go through, it would be the first Zoes Kitchen in Arkansas, and the fifth Chipotle in the state (the second in Fayetteville).

City officials today held a groundbreaking ceremony to celebrate the early construction stages of the new project, set to be built at 3535 N. College Ave., just south of the new flyover bridge.

The 57,000-square-foot shopping center will be anchored by a Whole Foods Market grocery store and at least six other tenants besides Zoës and Chipotle.