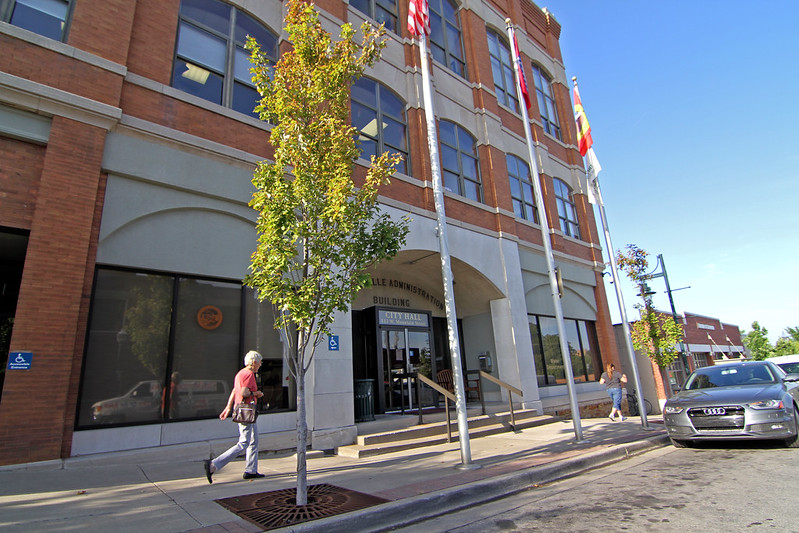 Tonight’s City Council meeting will go on as planned at 5:30 p.m. inside the regular Council chambers at City Hall, 113 W. Mountain St.

Aldermen met for about an hour during a special meeting Monday to decide whether to move the regular Tuesday night meeting to the Fayetteville Town Center to accommodate an expected large crowd on Tuesday.

The Council is set to vote on a proposed anti-discrimination ordinance that would prohibit discrimination based on sexual orientation and gender identity in Fayetteville. State and federal laws prohibit some discrimination, but in Arkansas, a person can be fired for being gay or evicted for no other reason than being a transgender tenant. 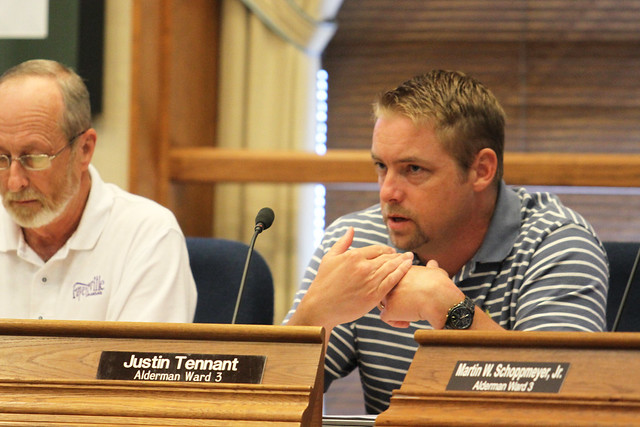 Over 100 people attended the Aug. 5 meeting during the second reading of the proposal. The council chambers were packed tight, with people standing in the aisles and flowing out the door and into the hallway.

The venue change was unanimously rejected after aldermen and city officials voiced several concerns about the possible move.

Fritz Gisler, director of media services, said if the meeting were moved, the city would not be able to provide a live broadcast for those who cannot attend Tuesday night. Gisler said the city doesn’t yet have the technology in place for a remote live broadcast. City Hall – where live broadcasts occur regularly – utilizes a fiber optic line that runs directly from the City Administration Building to the city’s television center.

Other concerns included the $2,000 cost to rent the Town Center, uncertainty over remote network accessibility, and the precedent that could be set if a meeting with a controversial issue is moved to a larger location.

“I do have a concern about setting a precedent on such issues,” said Alderwoman Adella Gray. “When we set a precedent to move meetings, I think that’s significant.”

Mayor Lioneld Jordan said controversial topics have attracted large crowds in the past. He said a 2003 proposal that would have banned smoking in restaurants and workplaces drew hundreds of people to the Council chambers.

Jordan said arrangements will be made to allow anyone the opportunity to speak Tuesday night regardless of the turnout.

Gisler said other rooms inside City Hall will be opened Tuesday night for those who would like to speak but cannot find a seat inside the main chambers. The meeting will be broadcast live inside the building on speakers and monitors in the hallway, lobby, room 111, and the area outside room 111 in the municipal water service waiting room.

Fayetteville Fire Chief David Dayringer said the regular Council chambers have a maximum capacity of 130 people, and that the extra areas should be able to accommodate an additional 225 people.

Fayetteville Police Chief Greg Tabor said additional officers will be on duty to help keep order during the meeting.

Ward 3 alderman Justin Tennant said what sounded like a good idea turned sour after the details were revealed.

“I thought it was a really good idea to move to the Town Center until I heard about the video situation,” said Tennant. I would hate for someone who can’t be here to not have access to the meeting.”

Tennant said he was also concerned for the safety of residents with such a high turnout expected. After hearing from chiefs Dayringer and Tabor, Tennant said he felt better about keeping the meeting at City Hall.

Don Marr, the mayor’s chief of staff, said the City Council chambers will open a half hour early at 4:30 p.m. on Tuesday.