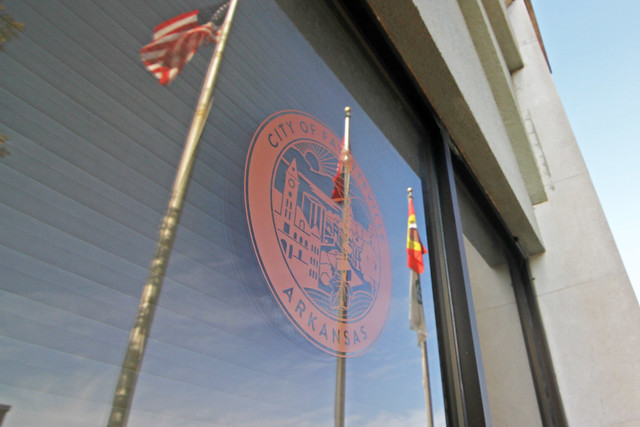 The Ward 4 City Council race is a little less crowded now that one candidate has dropped his name from the ballot.

Michael Collins, who filed for election earlier this month, withdrew from the race Tuesday in a letter sent to Washington County Clerk Becky Lewallen, and notarized by local tax attorney and Ward 4 candidate John La Tour.

“As political circumstances and Divine Providence have arranged my life, I find it necessary to remove my name from the ballot in this November’s general election,” wrote Collins. “I hereby withdraw my name from the race for Fayetteville City Alderman, Ward 4, Position 1 and enthusiastically throw my support behind John S. La Tour.”

Collins and La Tour were two of four City Council candidates, along with Joshua Crawford and Paul Phaneuf, who spoke against Fayetteville’s new anti-discrimination ordinance.

Current Position 1 Alderwoman Rhonda Adams plans to serve out her term before moving to Tampa, Fla. where her husband recently accepted a position at the University of South Florida.

Washington County Election Commissioner Jennifer Price said Wednesday she had not yet sent ballot information to the printer. Therefore, Collins’ name would not appear on the Ward 4 ballot in the Nov. 4 general election.

Price said her office plans to send the ballots to print sometime this week – possibly on Thursday – to ensure absentee voters are given enough time to cast their vote. Votes will not be counted for any candidate who drops out after the ballots are printed, Price said.