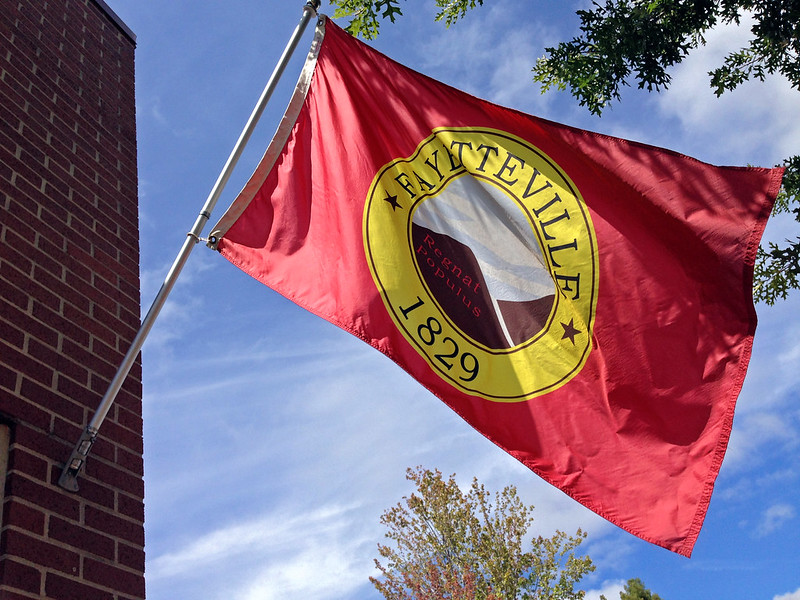 Does Fayetteville need a new flag?

That’s the question the Fayetteville Advertising and Promotion Commission may soon consider.

Bobby Ferrell, a commissioner and former Ward 3 alderman, said he’d like to discuss adopting a new design at the group’s meeting last month.

“I’m not taking any shots at the flag we have now,” said Ferrell. “I just think we could use an update.” 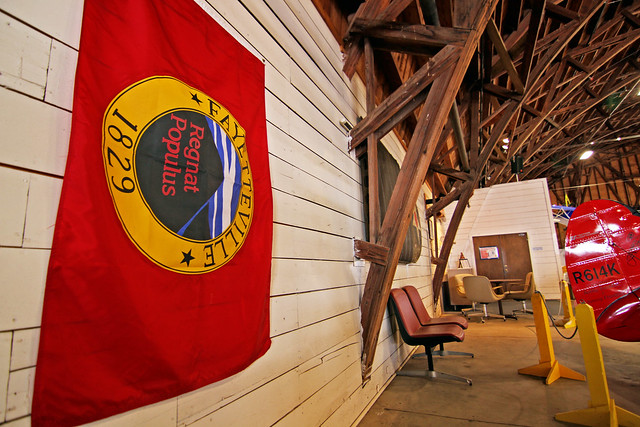 According to former NASA astronaut Richard Covey, the Fayetteville flag was flown aboard the United States Space Shuttle Discovery from Aug. 27 to Sept. 3, 1985. It launched from the Kennedy Space Center in Florida, at completed 119 orbits, traveling two and three-quarter million miles before landing at Edwards Air Force Base in California.

The official city flag is red with a yellow ring that displays the word “Fayetteville” at the top and “1829” – the year the city was named – at the bottom. It includes a blue sky, white clouds, and a mountaintop with the Latin phrase “Regnat Populus”, the Arkansas state motto, which means “The People Rule.”

It was designed by Michael Browning, an engineering student at the University of Arkansas, who responded to a design contest held by Boy Scout Troop 142 in 1976. The design was officially adopted by the Fayetteville City Council later that year.

There were only two known copies of the flag in April 2011 when the Fayetteville Flyer first inquired about the tattered red flag hanging in front of City Hall.

The other flag was displayed inside the Arkansas Air Museum as part of an exhibit which noted it had flown aboard the Space Shuttle Discovery in 1985.

Soon after the Flyer story ran, the Fayetteville Visitors Bureau ordered a supply of Fayetteville flags to be sold inside the Visitors Center on the downtown square. Flags can now be seen displayed at many residences and some businesses around town.

Commissioner Hannah Withers asked Ferrell for a more specific reason why he doesn’t like the flag. The Fayetteville flag, as flown outside Hugo’s restaurant during the first ever Block Street Block Party in 2011.

“I just think it’s dated,” said Ferrell, who suggested a new contest aimed at local artists who would compete to create a design that is “totally Fayetteville.”

He suggested forming a panel of judges with representatives from the A&P Commission, the City Council, and members of the arts community.

“I just want you to think about it between now and the next meeting,” Ferrell told commissioners.

If Ferrell’s idea gains any ground, it would likely be considered first through a commission vote before being forwarded to the City Council for final approval.

The commission’s next meeting is at 2 p.m. Sept. 15 in the Fayetteville Town Center.