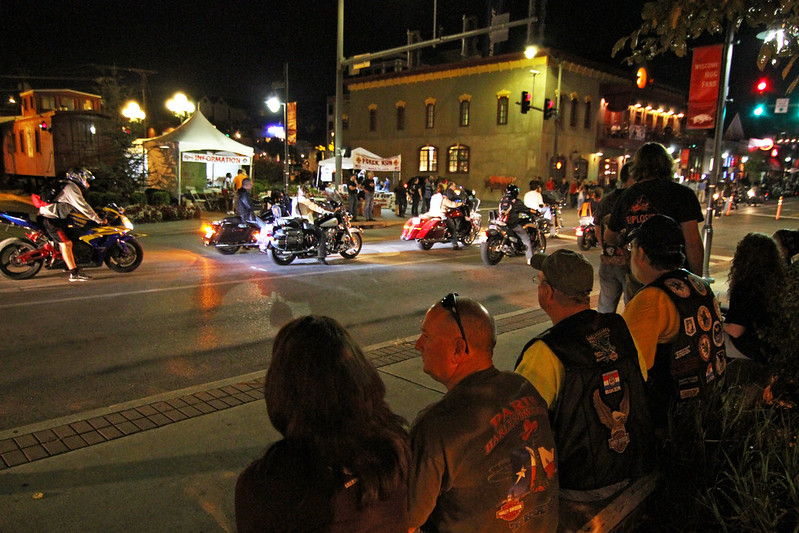 As residents prepare for the thousands of motorcycle enthusiasts who’ll flock to Fayetteville this week, police say they’re fully prepared to handle the traffic and whatever trouble might occur.

The rally’s focus is along Dickson Street in Fayetteville, but also includes events at Drake Field, the Washington County Fairgrounds, Arvest Ballpark, and other locations throughout Washington and Benton counties.

Fayetteville police said while accidents are typical, more arrests are usually made on a football game weekend than during the entire Bikes, Blues & BBQ rally.

Police arrested 17 people during last year’s rally, which included nine local residents, most who were charged with public intoxication or disorderly conduct in the Dickson Street area. Police made three rally-related DWI arrests in 2013.

Police said there are no plans to close Dickson Street or West Avenue to vehicle traffic on Wednesday or Thursday, but if motorcycle or pedestrian safety dictates a closure, they’ll re-evaluate the situation.

Street closures are planned on Friday and Saturday from St. Charles to Arkansas avenues. West Avenue will likely be closed from Spring to Lafayette streets.

Parking on Dickson Street will be limited at certain times of the day. Drivers should look out for signs which indicate when vehicles must be removed from Dickson Street to avoid being towed.

Police said electronic signs will be placed on College Avenue to inform motorists what lanes are designated for event traffic.

“A portion of the paid parking within the Entertainment District will be suspended for this event, however, residential permitted and paid parking will be enforced in the surrounding neighborhoods,” police stated in a news release.

“We welcome the rally participants to Fayetteville and wish them a safe and fun time during their stay in Northwest Arkansas.”