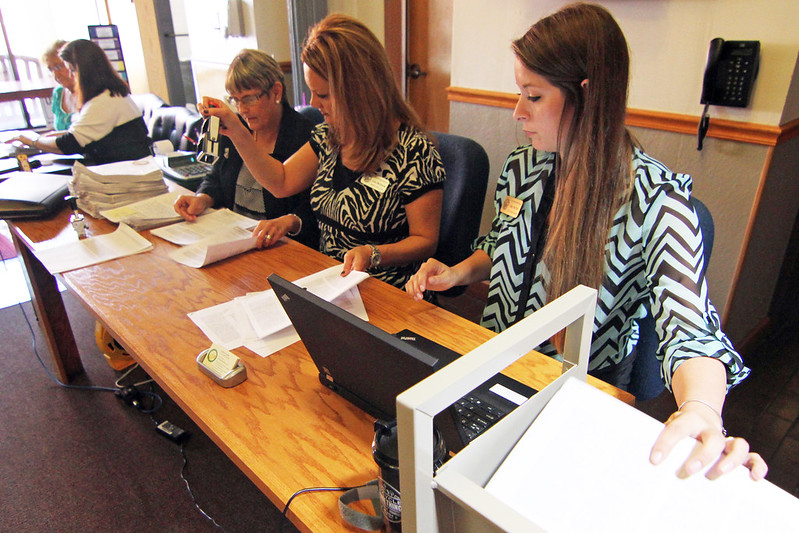 The move comes one day after the Washington County Election Commission sided with a group called Repeal 119 who wants a “For” vote to be used to repeal the ordinance.

City Council members earlier this week said that language was too confusing and voted to instead support language that states a “For” vote be a vote for the ordinance and an “Against” vote to be a vote against the ordinance. The ordinance was approved in late August, but petitioners turned in enough signatures on Sept. 20 to put the ordinance on hold and force a special election.

The legality of the referendum was first called into question by Fayetteville City Attorney Kit Williams who said the petitioners’ language could violate state law.

The lawsuit, which lists Kristin Higgins of Fayetteville as the plaintiff, echoes Williams’ concerns, but also says the petitions should have never been certified in the first place.

For starters, the suit contends the petitions were turned in one day later than the 31 days allowed to put an approved ordinance on hold and call a referendum.

The plaintiff also claims the petitions themselves should be voided because they did not include a copy of the most recently revised ordinance; the attached ordinance was printed in a font size that was too small for most people to read; did not meet a requirement that the canvasser verify their residence address is correct; and the special election date noted on the petition was misleading.

Finally, the lawsuit notes several irregularities in the list of certified signatures, including multiple voters whose residential addresses may be in cities outside of Fayetteville, signatures that did not include a complete date of birth, and signatures added after the notarization date.

The suit names Smith as a defendant for her office’s role in certifying the signatures, alongside Mayor Lioneld Jordan, the City Council, and the Washington County Election Commission.

The suit requests that a hearing on the matter be set within five days (hearing was set for Oct. 22), and asks that the court either void the petitions – effectively blocking the special election from occurring – or at least side with the City Council’s opinion that a “For” vote be a vote for the ordinance and an “Against” vote be a vote against the ordinance.