A longtime goal of building a municipal parking deck in downtown Fayetteville is one step closer to becoming a reality.

Officials broke ground Tuesday on what will become the Spring Street Municipal Parking Deck, a four-level, 236-space structure set to be built on the south end of the Walton Arts Center campus at Spring Street and School Avenue. 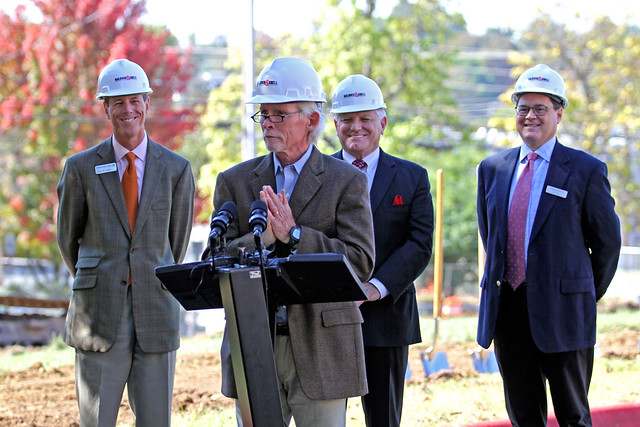 The $12 million project is being paid for in part by more than $6 million in bonds, over $2 million in reserves, and nearly $1 million in revenue generated from the four-year-old paid parking program. Other funding help comes from $1.5 million the Walton Arts Center returned as part of its governance change agreement to help replace the arts center’s administrative offices, which are being torn down to make room for the parking deck.

“Twenty five years ago we were just talking about a parking deck,” said Jordan. “Today we break ground.”

The project is something Jordan has championed since he was first elected in 2008, and has been a wish list item for some Dickson Street business owners since the early design stages of the Walton Arts Center in the late 1980s.

“We’ve been waiting a long time for this day,” said Joe Fennel, who opened Jose’s Mexican Restaurant and Cantina in 1980. Fennel, who also owns Bordinos and serves as president of the Dickson Street Merchants Association, has advocated for several entertainment district projects through the years, including the parking deck and a 2012 special election to issue millions of dollars in bonds to help renovate and expand the Walton Arts Center on Dickson Street. 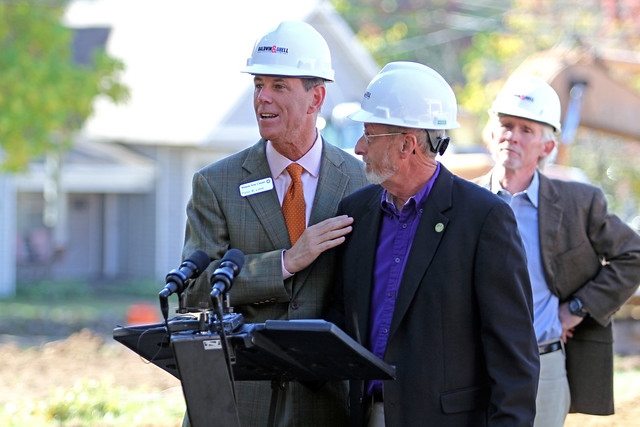 Ward 2 Alderman Mark Kinion agreed and said continued support of the arts is critical to the needed redevelopment on some of the city-owned lots in the entertainment district. He said making sure people have a place to park through that process is paramount to ensure Dickson Street remains a destination.

“This part of town is the soul of Arkansas,” said Kinion. “So many people come through here as students or friends of students and have the time of their lives.”

Jordan said though he won’t rest until the deck is officially open, he was relieved to finally break ground.

The project has been the subject of debate since paid parking was first discussed in late 2009. 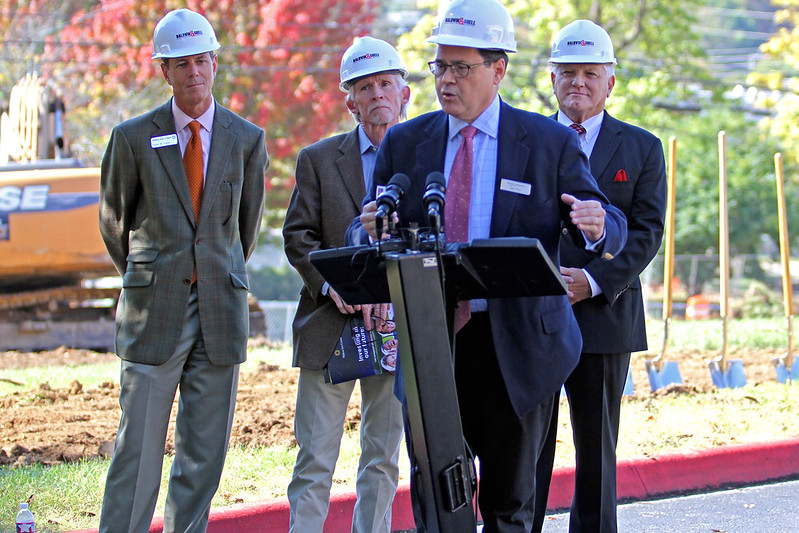 Jordan said it’s been a bumpy ride, but he’s happy to make good on a promise he made over five years ago.

Walton Arts Center president Peter Lane said a parking deck was the first thing he asked the mayor to consider when Jordan was first elected.

Arts center officials became major players in the establishment of the paid parking program after a survey of Walton Arts Center patrons showed that satisfaction with parking had dropped significantly from 2004-2009. The survey showed that over two-thirds of those questioned indicated frustration surrounding the ability to find convenient parking during Walton Arts Center events.

Lane said Tuesday just as the original arts center was the kickoff of a longterm expansion of the entertainment district, he expects the new deck, along with the upcoming Walton Arts Center renovations to breathe new life into the Dickson Street area.

“My message is simple,” said Lane. “Thank you.”

A crew began demolition of the Walton Arts Center administrative offices Tuesday to make way for the new parking deck. Here are some aerial photos taken shortly after the ceremony: 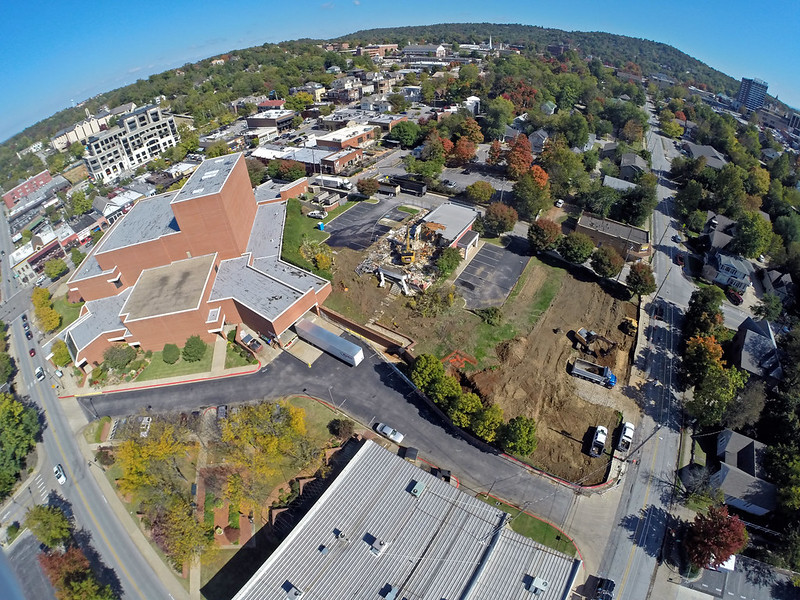 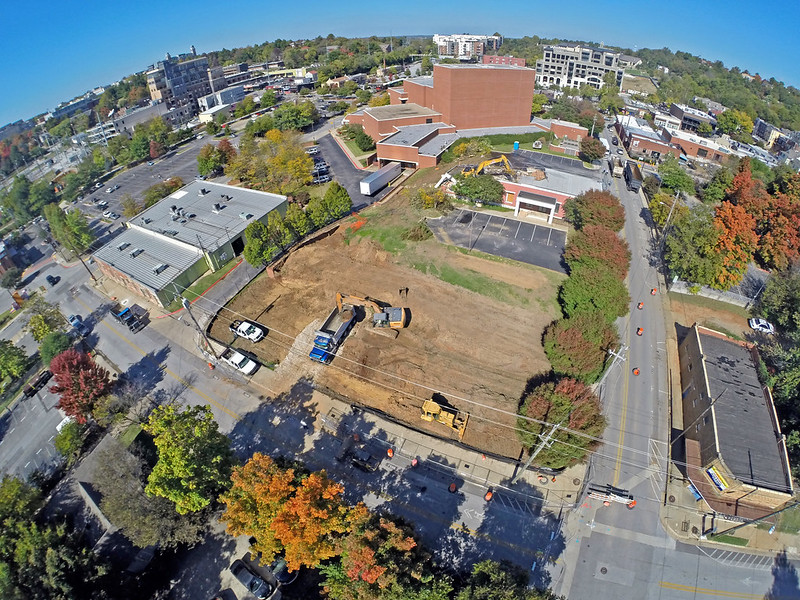