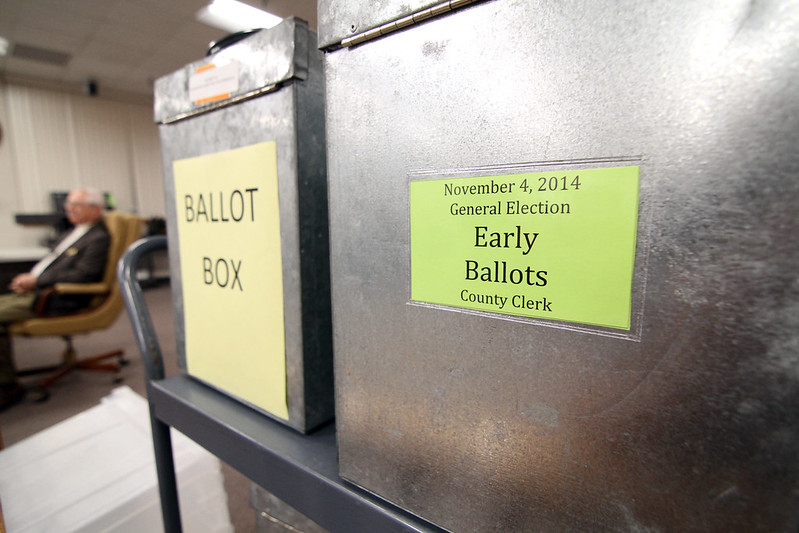 Release of the early and absentee voting results were delayed well past the normal timeframe Tuesday night in Washington County.

Peter Loris, chairman of the Washington County Election Commission, said the delay was due to a high turnout of voters this election season, and a computer glitch that was discovered in the first day of early voting when electronic touch screens didn’t properly display candidates’ parties. Loris said the issue was corrected before early voting resumed the following day, and added that those ballots were divided from the others to be counted separately.

Loris said many voters were still in line at 8:15 p.m. waiting to cast ballots at several polling locations in Washington County which led to the original delay. He said volunteers were ahead of schedule in counting the election day ballots, but were behind on the early votes because of a recount of the ballots affected by the computer error.

Loris said over 19,000 voters cast early ballots in the past two weeks, more than doubling the early voting turnout of about 7,800 in the 2010 mid-term election.

“It’s the most I’ve seen in 12 years,” said Loris, who added that workers were still counting early votes at 9 p.m.

Early results are typically released about a half-hour after the polls are closed at 7:30 p.m. in Washington County.

The courthouse was packed full of candidates and other onlookers waiting for the early results at 8 p.m., but the crowd had dwindled to about 20 people by 9:30 p.m.

Loris said at 10 p.m. he expected to release partial results of the election day paper ballots at around 11 p.m., but he could not estimate when the early, absentee, or electronic ballot results would be available.

When election commissioners still had not released any results by 11:30 p.m., Loris said his new hope was to have the entire unofficial results released together at once, but continued delays led to commissioners delivering a partial list of results shortly after midnight.

Election coordinator Jennifer Price said workers would stay at the courthouse until all results were delivered.