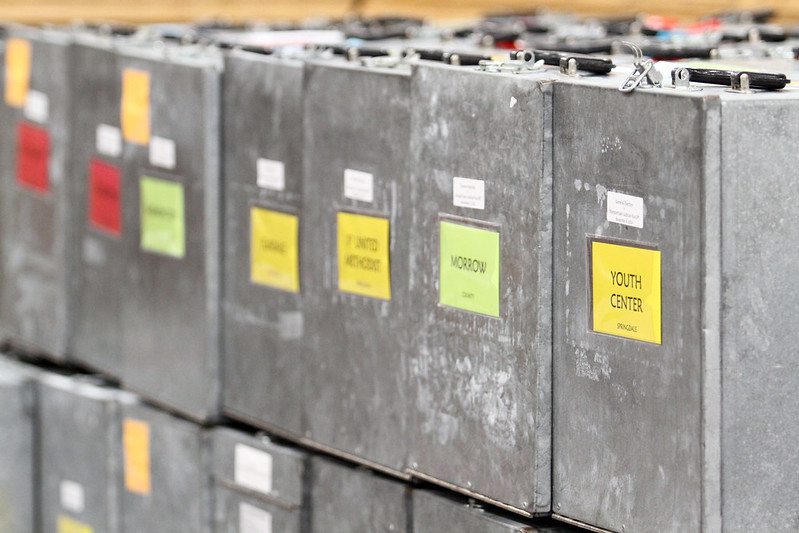 High voter turnout and a computer glitch discovered in the first day of early voting resulted in a delay of the release of the early and absentee results Tuesday night.

Peter Loris, chairman of the Washington County Election Commission, eventually released a partial count of election results shortly after midnight that included all but about 3,500 of the nearly 55,000 ballots cast in the Nov. 4 general election.

In Ward 1, Paul Phaneuf leads with 40 percent of the votes, followed by Alderwoman Adella Gray who has 36 percent and Sonia Davis Gutierrez who has 24 percent. Phaneuf and Gray will likely face each other in a Nov. 25 runoff election.

If a single candidate does not wins a majority of the votes, the two people with the most votes will square off in a runoff election unless the leading candidate receives more than 40 percent of the votes and is ahead of the runner-up by 20 percent.

In Ward 2, Mark Kinion leads with 48 percent of partial votes, followed by Robert Patton with 27 percent and Joshua Crawford with 25 percent. Patton would need Kinion’s percentage to remain unchanged while gathering another two percent of his own to force a runoff.

In Ward 4, John La Tour holds a commanding lead with 43 percent of the votes, followed by Ray Boudreaux (20%), D’Andre Jones (14%), Phillip McKnight (9%), Craig Honchell (8%) and Robert Williams (5%). Boudreaux would need La Tour’s percentage to remain unchanged while gathering another four percent of his own to force a runoff.

The final, unofficial results were released at about 2:45 a.m. Wednesday.