Fans of public art have had a pretty awesome month in Fayetteville.

Three new pieces, including a trailside sculpture and two new murals, have been installed in the past few weeks and are now on display for the public to enjoy. 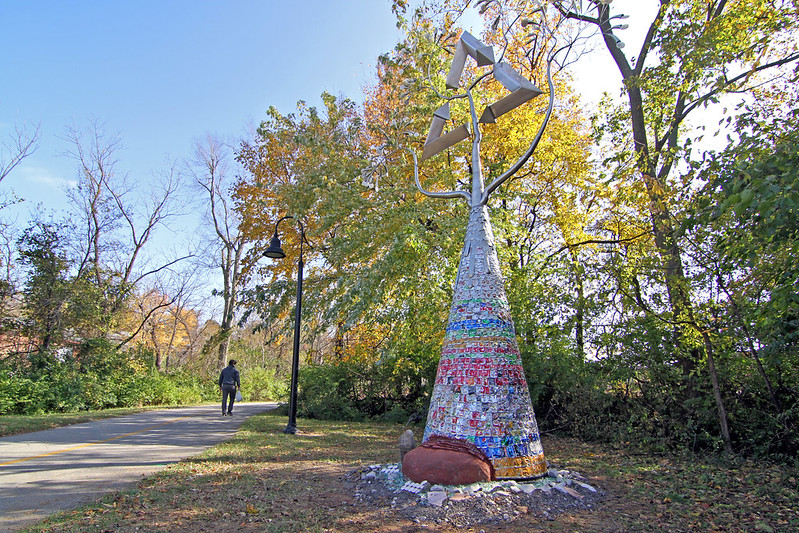 The sculpture was commissioned by Fayetteville’s Recycling and Trash Collection Division, and Stalling’s piece was chosen over about eight other submissions.

The 20-foot-tall iron and steel sculpture is built in the shape of a tree, with “bark” made from aluminum cans and branches that frame a recycling symbol.

The sculpture is located adjacent to the recycling facility at 735 W. North Street near the Scull Creek Trail crossing. 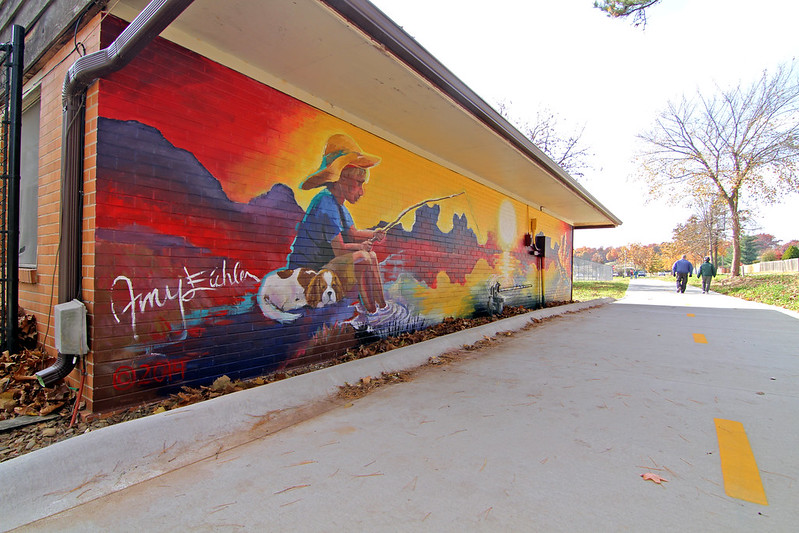 Eichler, who was approached for the project by the Fayetteville Parks & Recreation Department, painted a 37-foot-long mural on the north wall of the city’s bait shop next to the lake. Eichler donated her time and painting skills to the project.

The mural depicts a child and his dog fishing with a cane pole along a body of water as the sun sets behind him.

It’s not Eichler’s first mural in town. She also painted an earlier iteration of the infamous Fayetteville Bulldog mural at the corner of College Avenue and Rock Street. The mural depicts one of Jones’ signature robots holding a four-legged bird, with the text “Shop Local” painted in large letters.

Jones financed the mural through a Kickstarter project, where he quickly met his $2,200 goal to help pay for permits, paint, and other supplies.

The mural is located on the south-facing wall of the building adjacent to Jones’ family shop, The Four Legged Bird, located at 275 S. Archibald Yell Blvd. 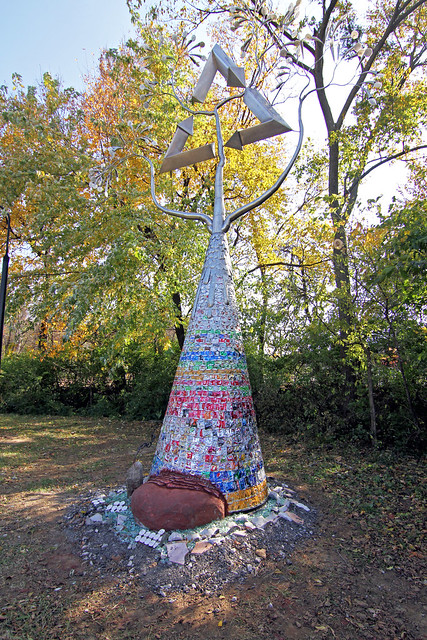 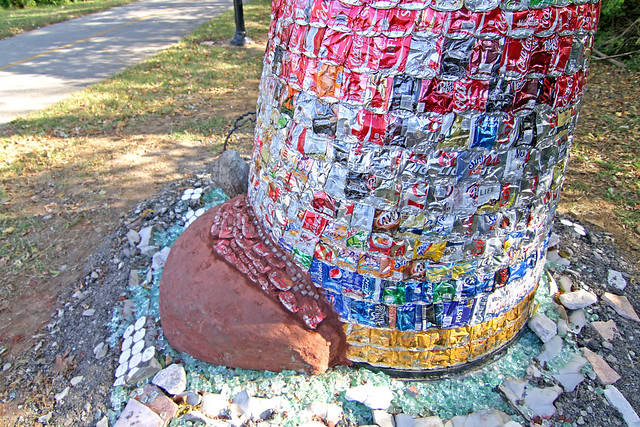 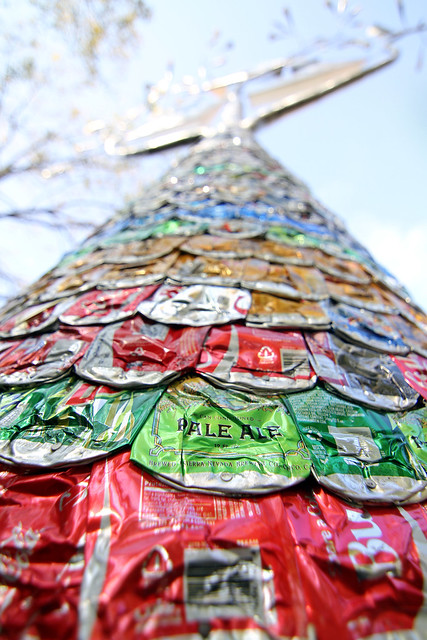 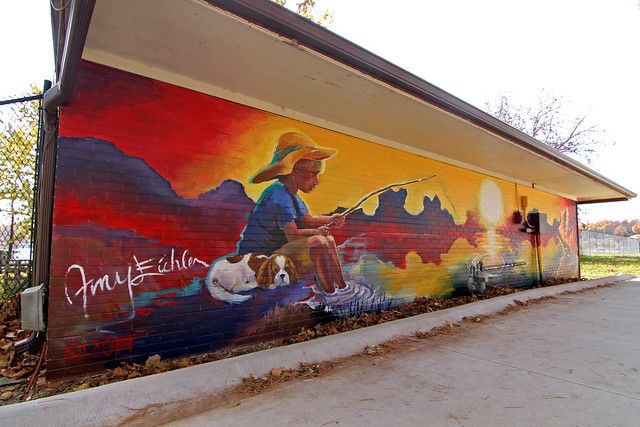 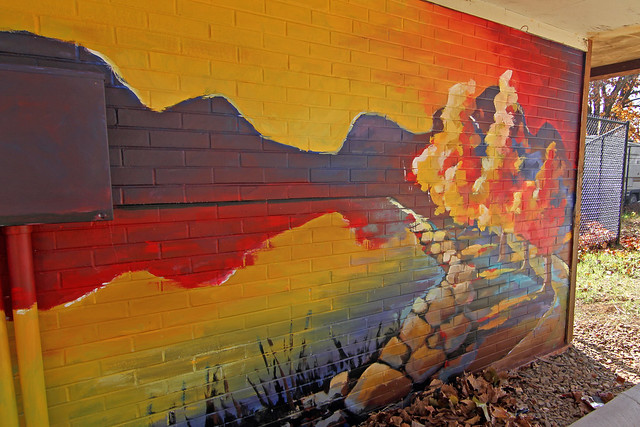