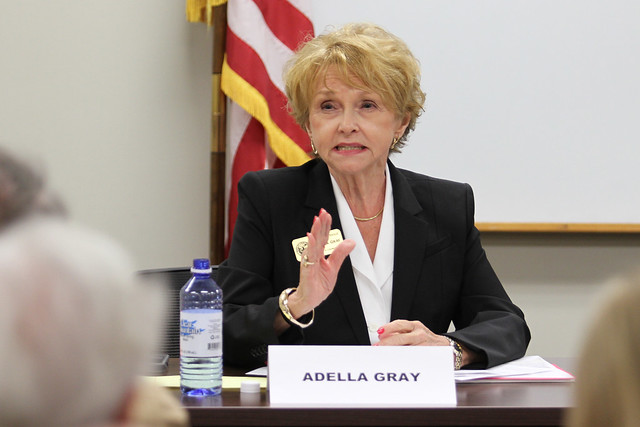 In Arkansas, if a single municipal candidate does not win a 50 percent majority of the votes, the two people with the most votes move to a runoff election unless the leading candidate receives more than 40 percent and is ahead of the runner-up by 20 percent.

The two candidates are very different.

Gray is a 41-year resident of Fayetteville, while Phaneuf has lived in town for about a year.

Gray is a retired school counselor with a master of education degree from the University of Arkansas and a bachelor of arts degree in music education from Georgetown College.

Phaneuf is a local consultant who attended classes at Providence College.

Gray said if re-elected she’ll push for more progressive legislation, like the streamside protection ordinance and the recent creation of the state’s first energy improvement district.

Phaneuf said such programs are coercive in nature and that the footprint of government should be no more than what is absolutely necessary. 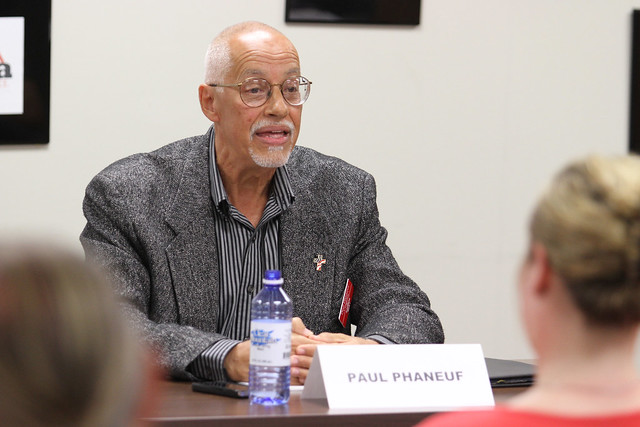 During her time in office, Gray voted in support of several major infrastructure projects including a new downtown parking deck, a planned 200-acre regional park, the recently opened College Avenue flyover bridge, and the purchase of 328 acres of woodland tucked away on Mount Kessler.

Gray ran unopposed in Ward 1 during the 2010 general election, and narrowly defeated Richard Osborne in 2006. She challenged Rep. Charlie Collins, R-Fayetteville, for the Arkansas House District 84 seat in 2012, but lost the race with 46 percent of the votes.

Phaneuf is a self-employed consultant who has spent over 40 years advocating for limited government control. He has authored over 50 articles for Tea Party Nation, including a controversial post called “The Life of Julia the Pathetic Loser” written in response to a political advertisement for President Barack Obama.

Phaneuf was one of the most outspoken opponents to Fayetteville’s new civil rights ordinance, which prohibits discrimination against someone for being gay, transgender and other characteristics.

Gray, on the other hand, was one of six council members who voted for the new law.

Phaneuf was one of three City Council candidates listed as spokesmen for Repeal 119, a group working to overturn the new civil rights ordinance. Phaneuf received $4,000 in campaign contributions from Jim Bob and Michelle Duggar, the Springdale couple featured in the TV show “19 Kids and Counting.” The Duggars have so far donated $10,000 to candidates seeking repeal of the law, and were the focus of controversy after Michelle Duggar narrated a robocall that claimed civil rights protections included in the ordinance would be “opening a door” for pedophiles and sexual predators.

Phaneuf said if elected he would work to repeal the law if voters uphold the ordinance in a Dec. 9 special election, while Gray has said she will continue to fight for civil rights if re-elected on Nov. 25.

Early voting for the Nov. 25 runoff election begins Tuesday, Nov. 18 at the Washington County Courthouse, located at 280 N. College Ave. in Fayetteville. Early votes can be cast in the County Clerk’s office ( 3rd floor) from 8 a.m. to 4:30 p.m. Tuesday through Friday and the day before the election on Monday, Nov. 24.