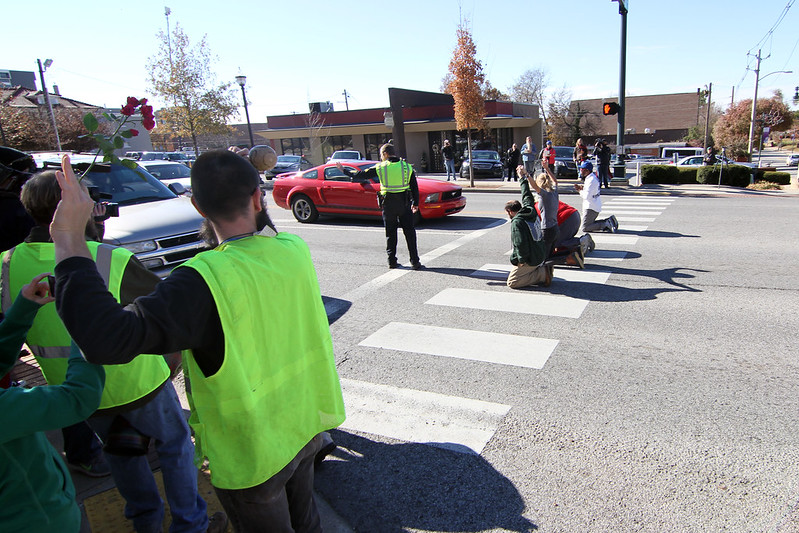 A peaceful protest began at around noon Tuesday in front of the Washington County Courthouse at the intersection of College Avenue and Dickson Street in Fayetteville.

The event was one of many demonstrations planned around the world in protest over the Ferguson, Missouri grand jury’s decision not to charge Ferguson police Officer Darren Wilson in Michael Brown’s Aug. 9 death.

About 75 people gathered in Fayetteville for Tuesday’s demonstration, including “The Fayetteville Four,” a group of local residents who’d previously announced plans to be arrested during the event.

The group – Jared Carter, David Garcia, Nik Robbins and Jane Stitt – waited about 30 minutes before entering the College Avenue crosswalk and kneeling on the street with their hands in the air while protesters chanted, “I’ve got my hands above my head, please don’t shoot me dead.”

The four people were escorted into the crosswalk by Fayetteville Police Sergeant Shannon Gabbard, who later said he’d helped coordinate the protest before the event began Tuesday.

Gabbard and a group of police officers stopped traffic and waited several minutes before Carter, Stitt, Robbins and Garcia were handcuffed and escorted out of the street toward a police van.

The officers waited through about three traffic signal cycles before taking any action. Gabbard said the plan was to give the group enough time to make sure they were certain they wanted to be arrested.

“They were very passionate about the cause, but they were also very cooperative,” said Gabbard. “They really wanted to get their message across.” 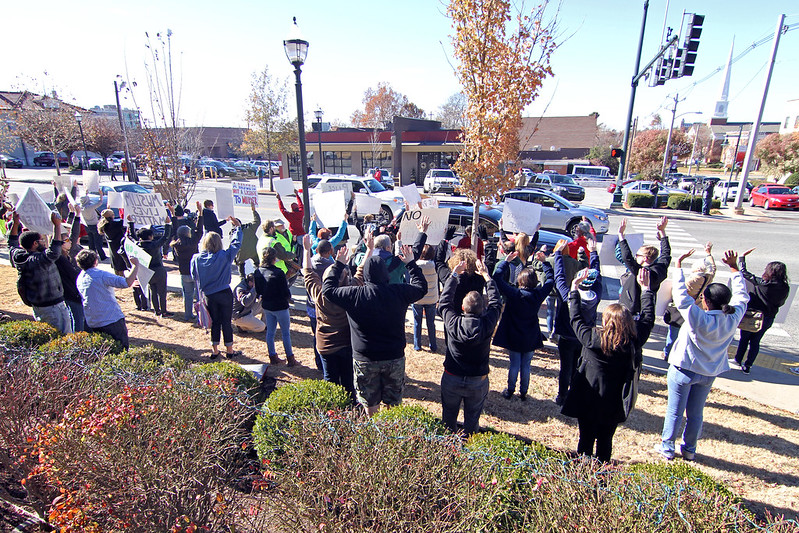 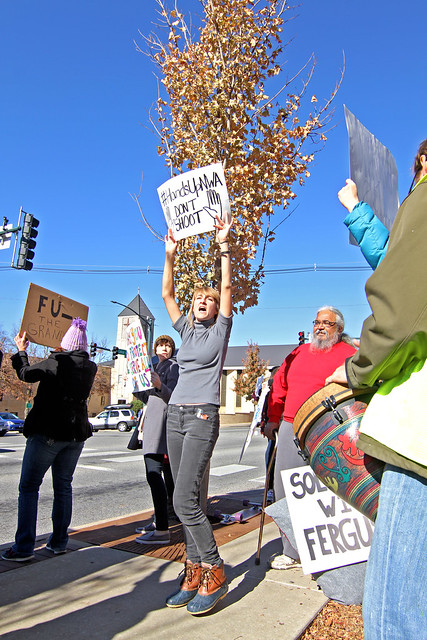 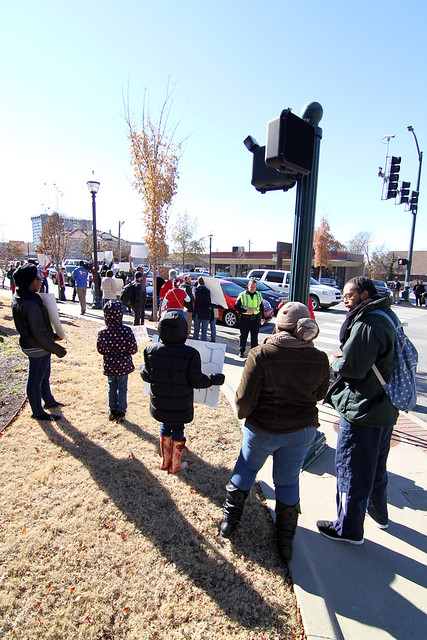 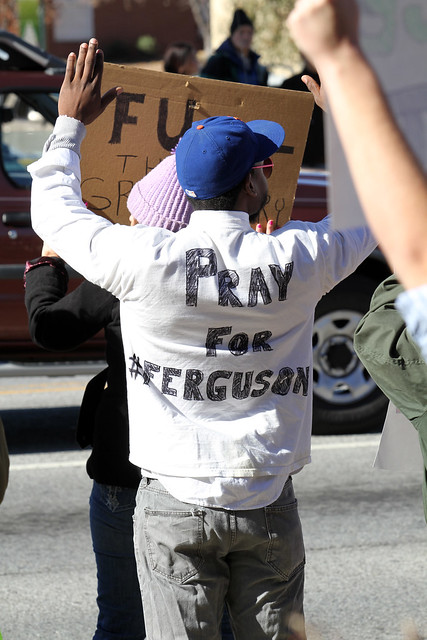 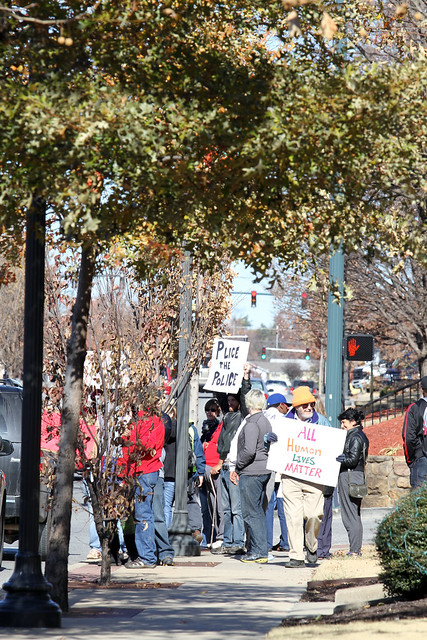 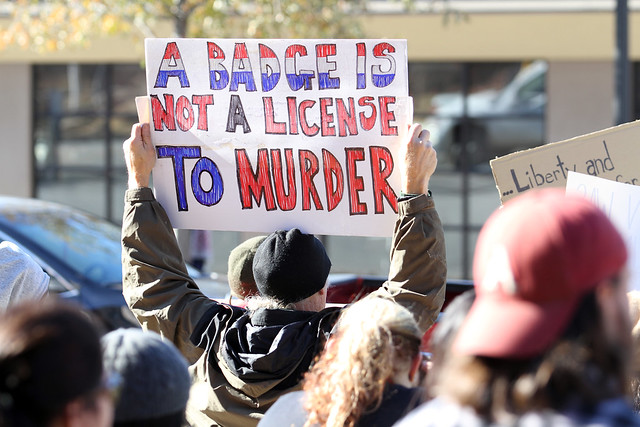 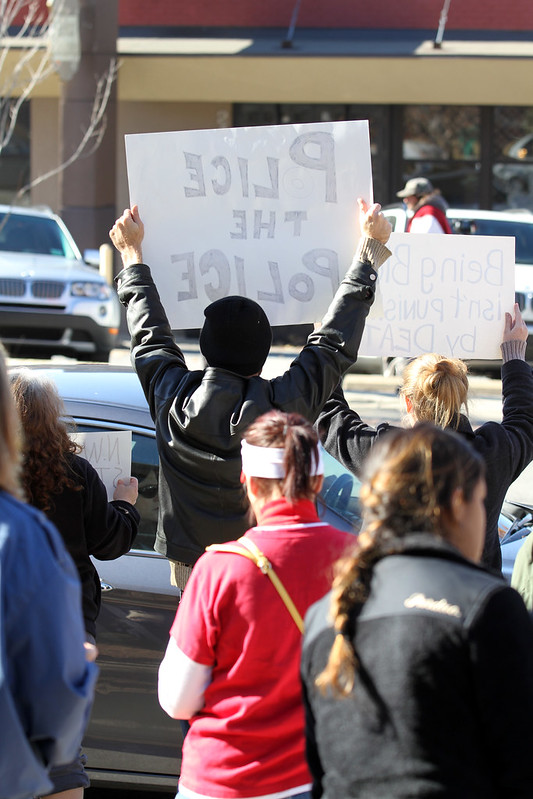 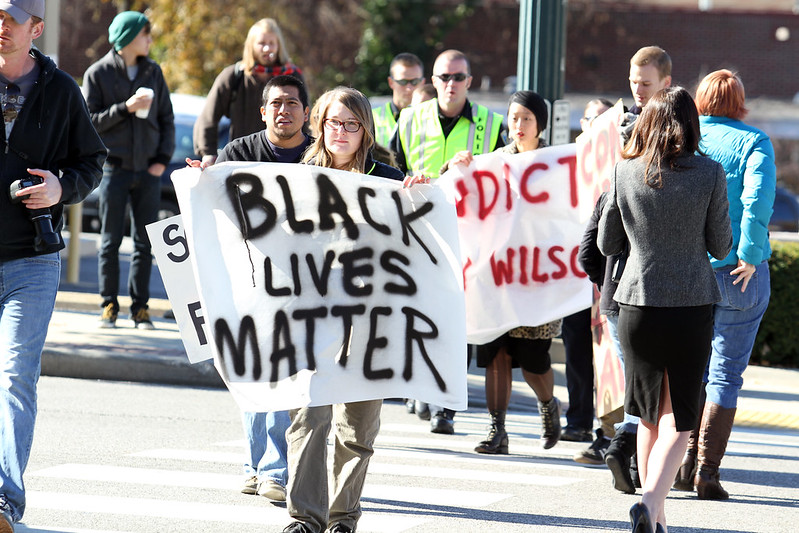 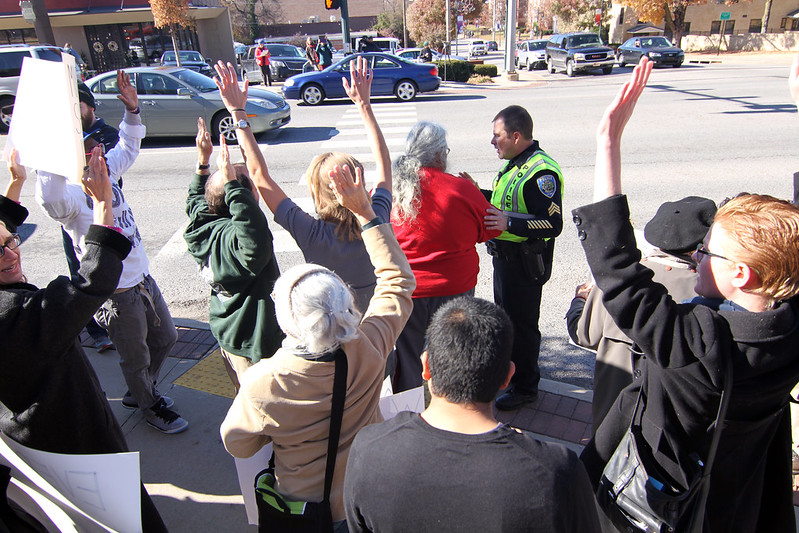 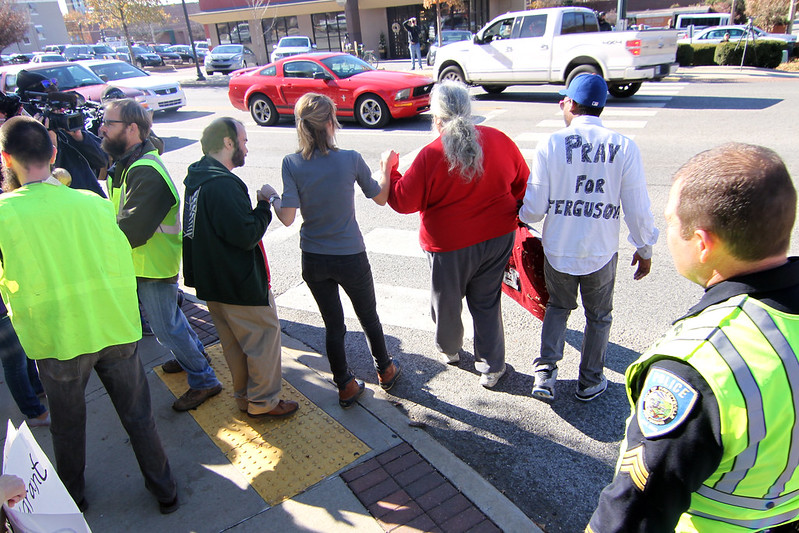 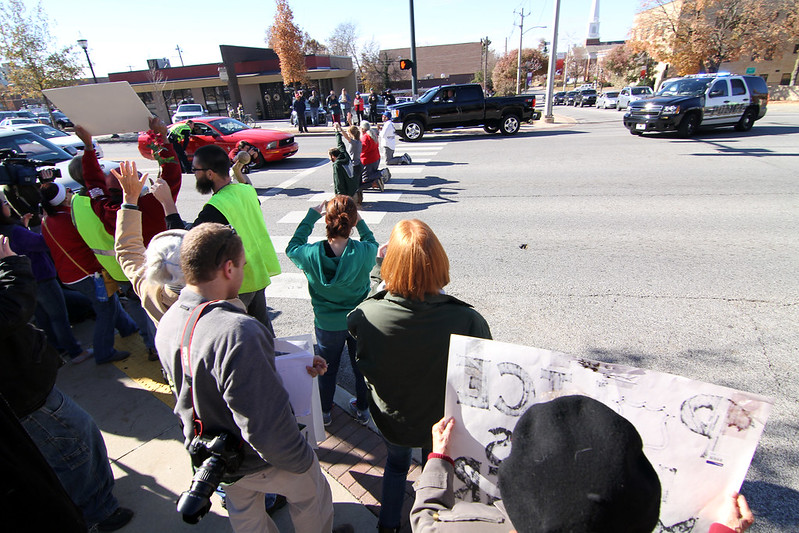 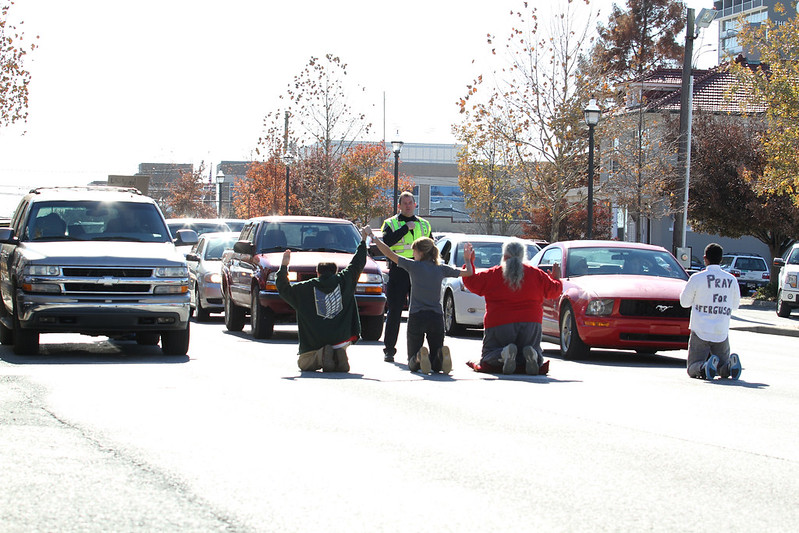 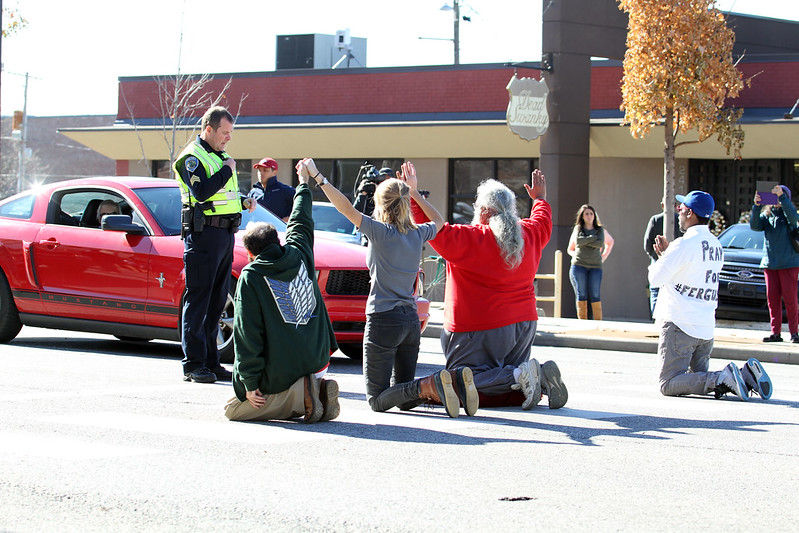 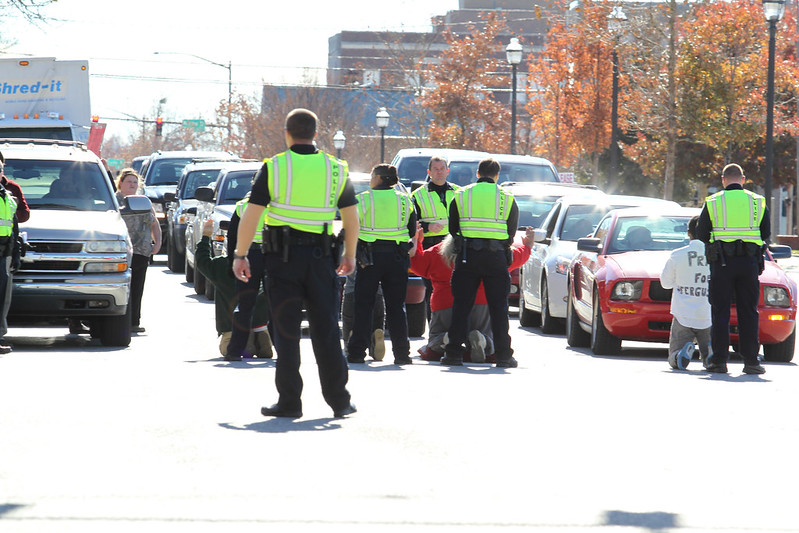