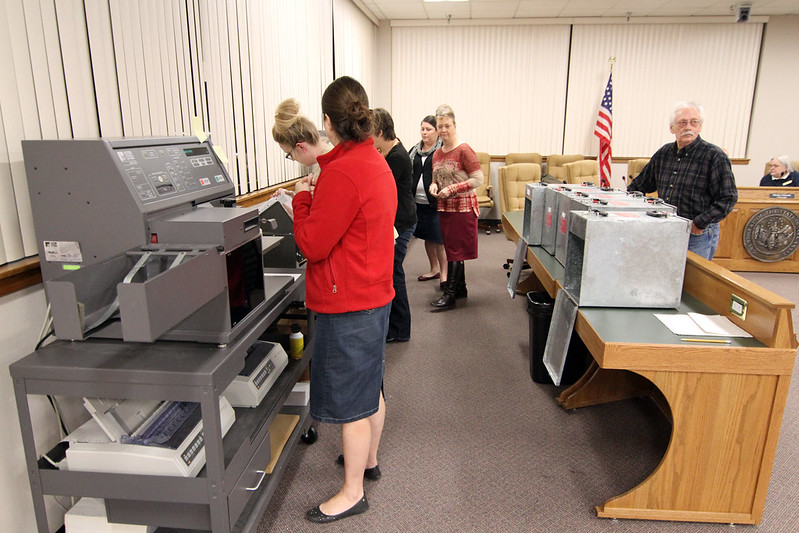 Volunteers work to count the first round of ballots delivered to the Washington County Courthouse Tuesday night.

According to unofficial early and absentee totals, there were 2,593 votes against repeal (56 percent) and 2,024 votes for repeal (44 percent).

The final, unofficial totals will be published here on the Flyer as soon as they’re released.

Voters will decide the fate of the Civil Rights Administration ordinance which prohibits business owners and landlords from unjustly firing or evicting someone because of their sexual orientation, gender identity, socioeconomic background, marital status, or veteran status.

The ordinance is similar to policies passed in over 200 cities and counties across the country, including Springfield, Missouri; Starkville, Mississippi; Lawrence, Kansas; and Shreveport, Louisiana.

The new law was passed by the Fayetteville City Council on Aug. 20, but a group called Repeal 119 turned in enough signatures to put the new law on hold and force a Dec. 9 special election.