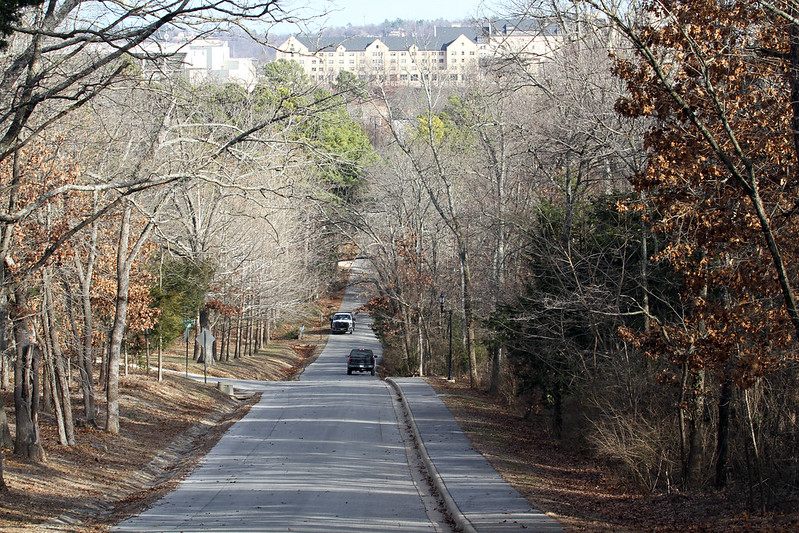 Two vehicles pass along Markham Road near Cross Avenue where a sidewalk is planned to connect with an existing path on the south side of the street.

Transportation crews are set to repave over 7 miles of streets and build nearly 10,000 feet of sidewalks this year.

City Council members this week approved a plan for 34 overlay and sidewalk projects, as recommended by the council’s Transportation Committee in November.

Some of the largest projects are on East Dickson Street, Markham Road, and Maple Street.

East Dickson Street is set to be repaved between College and Fletcher avenues, and to receive a new sidewalk, curb and gutter on the south side of East Dickson from Washington Avenue to Fletcher. A sidewalk on East Dickson was originally part of the 2013-14 plan, but was shifted to 2015 to coincide with the planned overlay work. 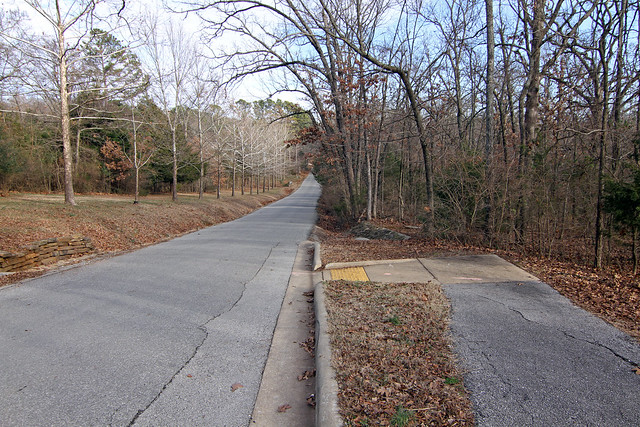 A closer look at where the existing sidewalk ends along the south side of Markham Road near Cross Avenue.

Work on Markham Road is scheduled to include new pavement between Razorback Road and Cross Avenue, and a new sidewalk on the south side of Markham between Cross and Palmer avenues. The new sidewalk will tie into existing paths on Markham from Cross to Pratt Place Inn, and recently completed sidewalks along Cross and Halsell Road.

Planned projects on Maple Street include both pavement and a new sidewalk between Leverett and Gregg avenues.

Some of the newer streets – ones that are showing wear, but haven’t developed cracks and potholes – will receive a microseal treatment instead of traditional repaving work.

During the miscroseal process, a liquid mixture treatment is applied to the surface of the street which binds the asphalt and fills cracks and worn areas of the pavement. The sealant restores the road to a uniform texture and seals the surface to prevent moisture and air intrusion.

Officials said the microseal treatment dries quicker than other methods and costs less than half of what it takes to grind away and replace the existing surface. The process can add up to 10 years of life to asphalt surfaces that normally last only about 15 years.