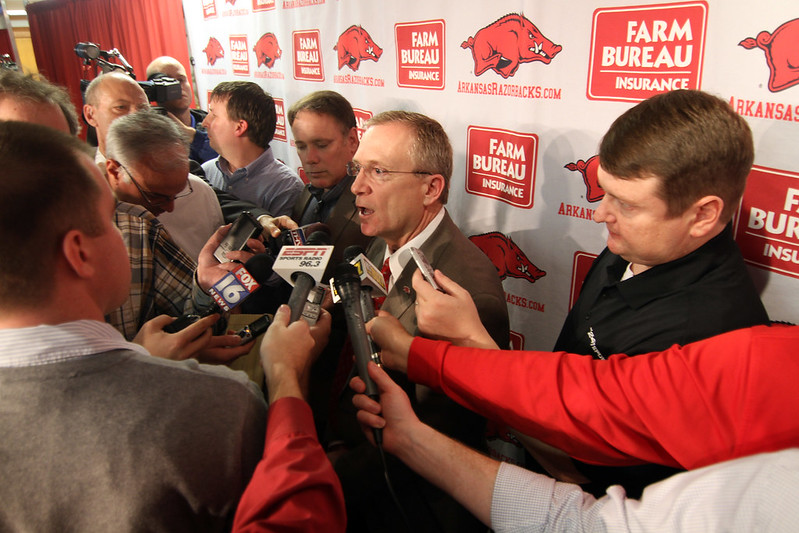 Long served as the sole voice of the committee during the inaugural year of the playoff, which concluded with the National Championship game on Jan. 12. His season duties included a weekly television appearance on ESPN when each week’s rankings were released. He was first appointed chair by playoff management in October 2013. The decision to bring Long back for another year was by a unanimous committee vote, according to Bill Hancock, CFP executive director.

“Jeff has been a terrific chair and I am delighted that the committee elected him to serve again,” Hancock said in a news release. “Jeff is a thoughtful and dedicated leader who conducted the meetings skillfully. He also did a very good job answering questions about the rankings so fans could gain insight into the committee’s decisions. It’s clear that he has the full respect and confidence of the other committee members.”

“I am truly honored that they have chosen me to serve in this capacity this coming year,” said Long. “The real strength of this committee is the work that each member does to rank the teams each week and ultimately select the best four teams for the playoff. I am honored to represent them in the role of chair.”