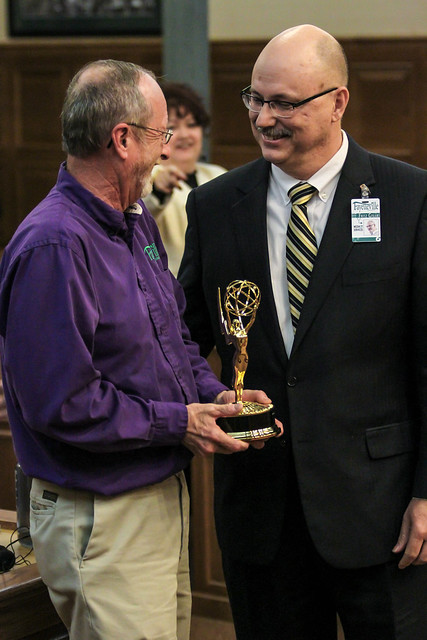 Gisler has accepted a position as communications director for the city of Jonesboro where he’ll begin work in March.

“My tenure here at the city of Fayetteville has been a wonderful and fulfilling experience, and I have had the fortune of counting more successes than failures,” Gisler said in an email on Wednesday. “This is due, in large part, to a great group of media professionals, vendors, and contractors that have provided excellent service and support for all the projects we have worked on together.”

The Media Services Division provides production services for the city, while also managing and operating the Fayetteville Television Center, which produces The Government Channel and Fayetteville Public Access Television.

Gisler and Douglas Bankston, a video production technician, won a regional Emmy for best public service announcement last year as part of a marketing campaign to increase recycling participation in Fayetteville. The 30-second spot uses child actors shown sorting and hauling plastic bottles at a recycling facility before transitioning to a scene showing kids having fun at a playground constructed using recycled materials.

He first worked for the city as a police officer from 2005 until 2009 when he became manager of the Fayetteville Television Center. His title was changed to Director of Media Services in December 2012.