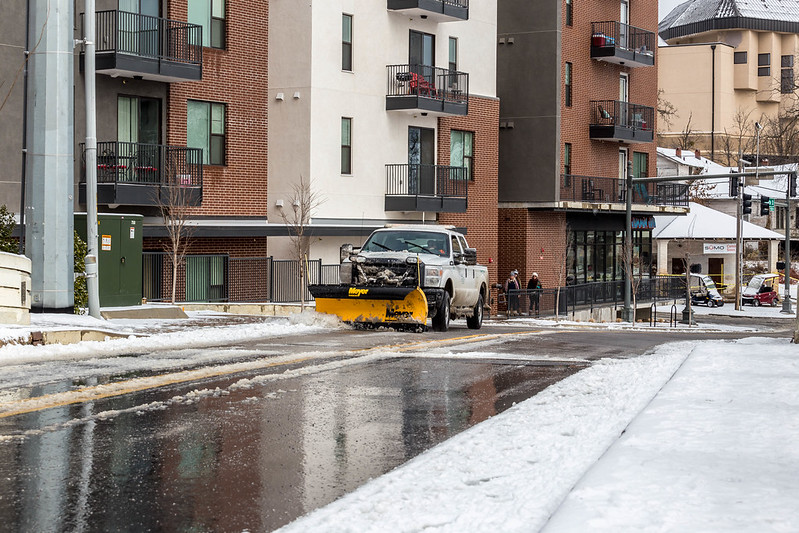 A snow plow clears the roadway on Lafayette Street near West Avenue Monday afternoon in Fayetteville.

Road conditions in Fayetteville have improved considerably since a winter storm dumped a couple inches of snow across the region early Monday morning, but enough ice remains on the roads to close school for at least one more day this week.

Fayetteville Public Schools officials have already announced that school will be closed on Tuesday, Feb. 17.

The University of Arkansas will be on a delayed schedule Tuesday, opening at 10:30 a.m. Bus service will begin at 9:30 a.m., with the first classes starting at 11 a.m.