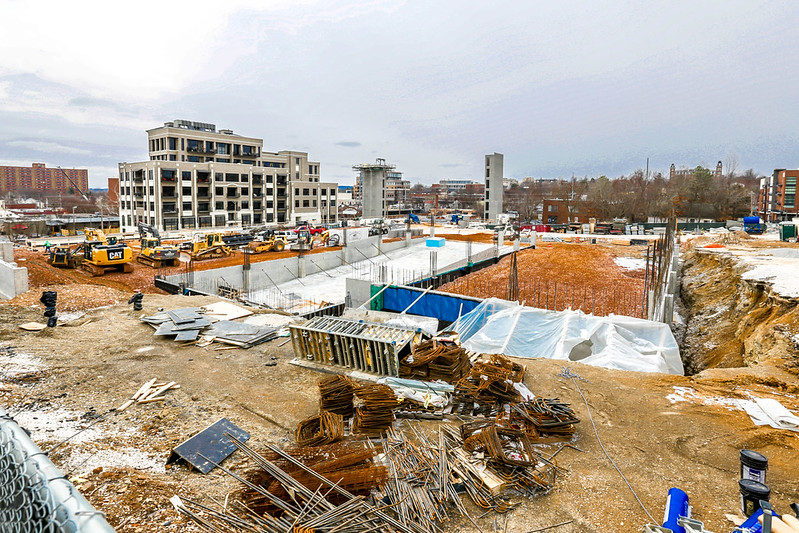 Construction of new apartment complexes isn’t likely to slow down in the next couple of years.

Occupancy is at a record high, which means rents are increasing and more construction is on the way, according to findings of the most recent survey conducted by commercial real estate brokerage firm CBRE Northwest Arkansas.

Average occupancy hit 98 percent in the four major cities, the highest rate recorded since the inception of the CBRE multifamily survey in 2010.

“We have always maintained the strength of the multifamily market mirrors the strength of the local economy,” said Brian Donahue, an apartment specialist with CBRE. “With an unemployment rate of 4.5 percent in November 2014 the Fayetteville-Springdale-Rogers-Bentonville area continues to out-perform the state and nation.”

Increased enrollment at the University of Arkansas continues to keep apartments full in areas surrounding the campus. Average occupancy is at 97.5 percent in Fayetteville, a number that is unchanged from one year ago.

That’s at least partly due to a temporary decrease in new student housing construction, something that should pick back up over the next two years.

The Cardinal at West Center was the only student housing complex to open in 2014. With only 470 new bedrooms added, that was a rather significant drop off from 2012 and 2013 which saw an average of 1,291 bedrooms completed.

However, at least 2,100 student-focused rooms are planned for construction in 2015 and 2016 in Fayetteville.

A lack of new market rate units (non-student complexes with more than 50 units) is also to blame for the record high occupancy, but that, too, is expected to pick back up.

Work is underway on the 487-unit Trails at Bentonville, and Thrive, a 62-unit mixed-use project near the downtown Bentonville Arts District. Four other market rate apartment communities have also been announced which could add 749 more units, including Rogers at Promenade, Uptown Apartments in Fayetteville, The Links at Fayetteville Phase II, and The Parc at Bentonville.

With so many new developments on the horizon, occupancy is expected to decrease to 97 percent in 2015, but that’s not enough to stall construction, according to Donahue.

“Occupancy rates north of 95 percent generally spur new construction, and we expect this to hold true throughout 2015 with more market rate construction announcements to come,” he said.

While construction may lead to decreased occupancy rates, sales activity is expected to exceed historic norms.

“With a high degree of competition in primary and secondary markets, regional and national investors are increasingly targeting tertiary markets like Northwest Arkansas,” said Donahue.

Most recently, Sterling Frisco, the 640-bedroom complex at the corner of Lafayette Street and West Avenue in Fayetteville, was sold to GMH Capital Partners of Pennsylvania for $49 million.

“Private capital will continue to dominate investment activity across Northwest Arkansas,” said Donahue. “However if competition for multifamily assets remains high in primary markets, then we feel the potential of being added as a preferred territory for REITs (Real Estate Investment Trusts) and institutional capital is possible.”

Source: Northwest Arkansas Apartment Market Survey (PDF) for year-end 2014. CBRE surveyed just over 22,000 of the area’s approximate 29,000 units. The survey does not include complexes with less than 50 units.