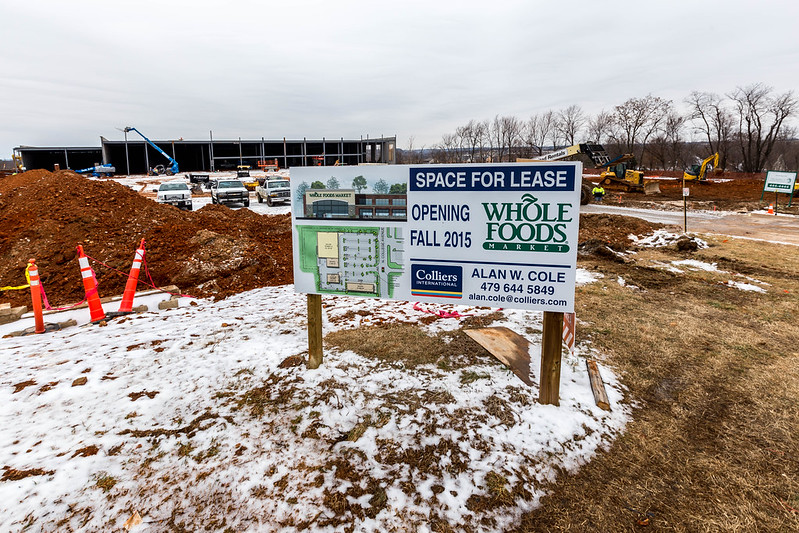 Whole Foods Market will have a mix of neighboring restaurants and retail shops once it opens later this year in Fayetteville.

An updated merchandising plan from developer S.J. Collins Enterprises shows six executed contracts for the various spaces being built alongside the new grocery store being built as part of the College Marketplace shopping center.

At least three more businesses are currently in negotiations for some of the remaining available spaces.

As for the restaurants, we already knew about Zoes Kitchen and Chipotle. Now it looks like Jimmy John’s has been added to the list. The plans also show an unclaimed 2,300-square-foot restaurant that could include a drive-thu window near the southwest corner of the site. Other tenants will include Fayetteville Pilates & Barre, Great Clips, and college apparel retailer Alumni Hall. Negotiations are also underway for a 4,500-square-foot retail space just south of the main Whole Foods building, and at least two smaller shops in a third building closer to College Avenue.

Alan Cole, leasing agent with Colliers International in Bentonville, confirmed the contracted tenant list on Monday, but declined to reveal the names of the other businesses in lease negotiations.

“We are continuously working on bringing the best retailers to the Fayetteville market,” said Cole. “The retailers shown on the merchandising plan are the ones we are comfortable announcing at this time.”

Steve Clark, president of the Fayetteville Chamber of Commerce, recently told aldermen that Whole Foods had increased the size of the Fayetteville store after an overwhelming response from excited customers on social media. An updated site plan shows the grocery store’s footprint has indeed been modified to include a 40,046-square-foot Whole Foods Market instead of the 35,500 square feet first proposed last April.

Construction of the new shopping center is still on target for a fall 2015 opening date, according to the developer’s website. 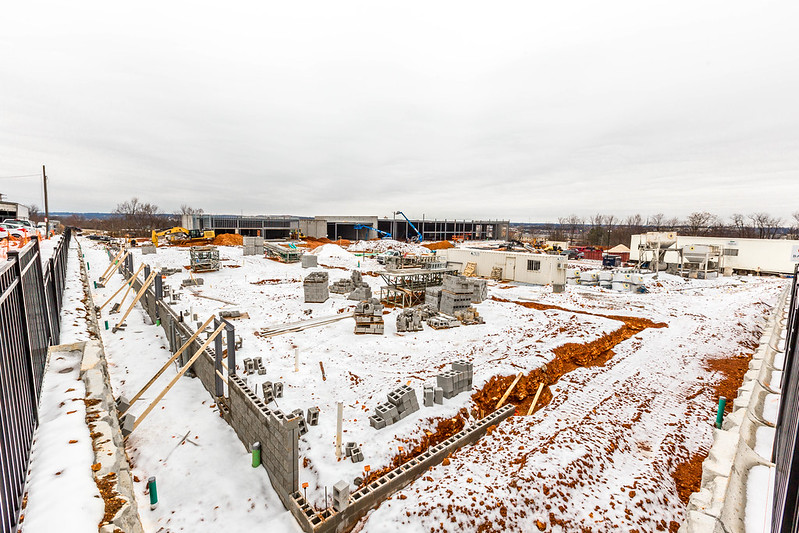