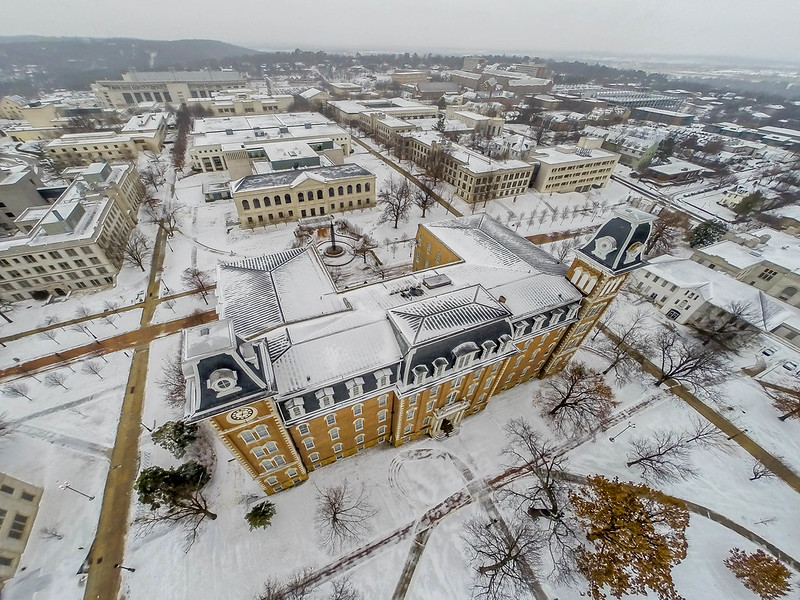 The University of Arkansas closed early Wednesday after a winter storm dropped sleet and snow in Fayetteville.

Wednesday’s winter storm will result in another snow day for some students in Fayetteville this week.

Fayetteville Public Schools officials announced that all classes have been cancelled for Thursday, March 5.

Early morning rain turned to freezing rain, sleet, and then snow on Wednesday after cold air moved through the region.

It’s the fifth closure of the school year for the district.

The University of Arkansas will start late, with busses running at 11:30, offices opening at noon, and classes beginning at 12:30 p.m.

Here are some other reported closings in the area: