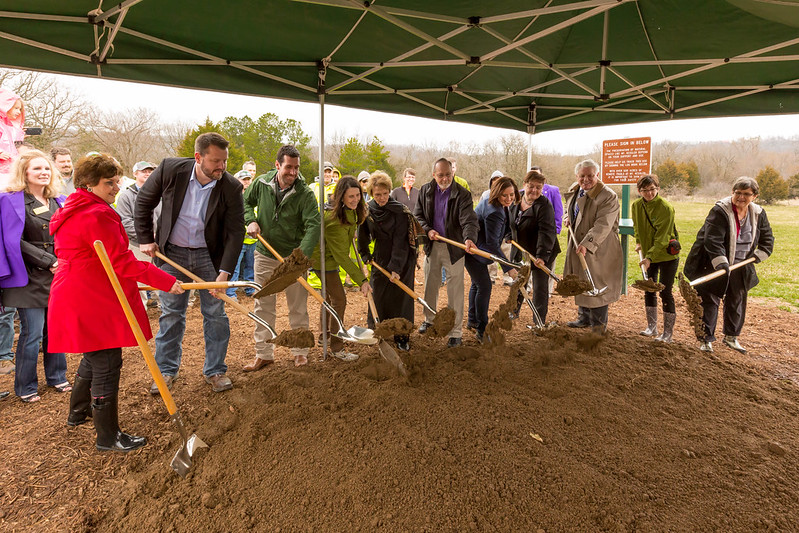 It couldn’t wait any longer.

Despite a 100 percent chance of rain and blistering cold wind in the forecast on Wednesday, Fayetteville Mayor Lioneld Jordan refused to postpone a groundbreaking ceremony for the regional park project that’s been 15 years in the making.

“The city’s been planning this day since 2000,” said Jordan from beneath a tent set up for the ceremony. “This has gone on longer than a Cecil B. DeMille movie. It’s been 15 years in the making, and it is here today.”

The idea for the park emerged in the early 2000s after the city commissioned a 10-year Master Plan to determine the recreation needs of Fayetteville citizens. The process, which also included a survey of citizens and a series of public meetings, found that residents wanted a city-wide network of trails, preservation of open space, and a one-stop regional park with a multi-sport complex. 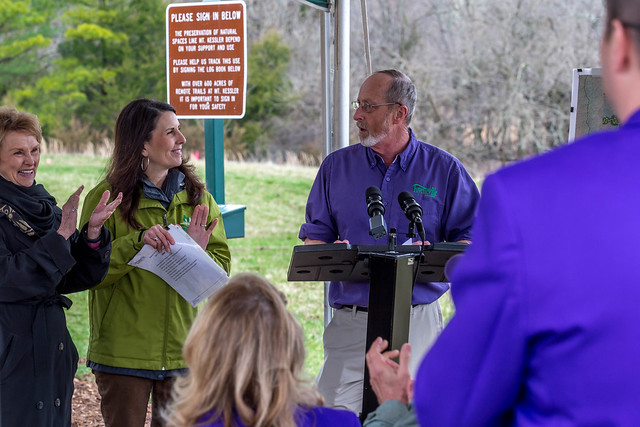 Officials considered 18 possible locations for the park before settling on an area four miles from the downtown square near the Interstate 49 interchange at South Cato Springs Road. The 200-acre site is adjacent to over 300 acres of city-owned woodland tucked away on Mount Kessler in the southwest corner of Fayetteville. Together the two properties will create almost 600 acres of public parkland.

Soccer fields are a top priority because the city’s 1,500 youth soccer participants will need a place to play once the University of Arkansas reclaims its Lewis Park complex in 2018.

Other phases could include baseball fields, basketball courts, softball fields, sand volleyball courts, a large pavilion, trails, a playground, an amphitheater, and a splash pad.

Besides providing residents with new parks amenities, officials said the park will provide a boost to the city’s economy.

“Once it is fully built the regional park will be the largest multipurpose park in Fayetteville and will serve tens of thousands of citizens every year,” said Jordan. “It will also generate new revenue for the city through tournaments and special events which can be held here. We expect it to bring more and more visitors to our beautiful city.”

Marilyn Heifner, former director of the Fayetteville Advertising and Promotion Commission, last year said numbers provided by the Arkansas Parks and Tourism department show that visitors spend an average of $246 during an overnight stay for tourism-related events. 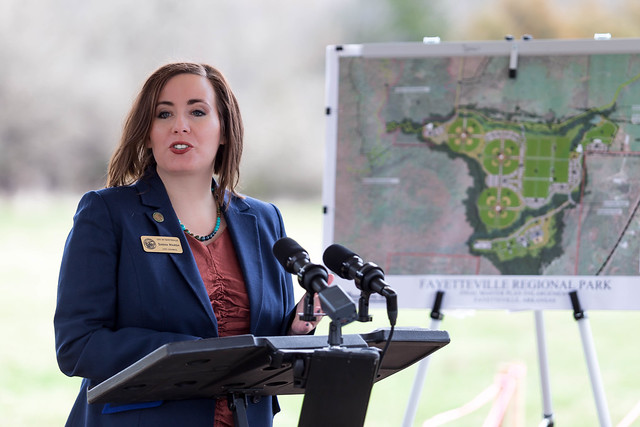 Using those figures, Heifner estimated that the potential economic impact of the park could reach $4 million each year by hosting 10 new youth baseball, soccer and softball tournaments. Heifner said another $2 million could be generated through events if new tennis courts, a disc golf course, and an amphitheater are completed.

Sarah Marsh, Ward 1 Alderwoman, said Fayetteville residents should be proud to know that the park will include many sustainable design features to combat negative impacts on the environment and watershed.

Marsh said the city has partnered with the Watershed Conservation Resource Center to help make stream improvements within the park to prevent erosion and sedimentation of the watershed while minimizing storm water runoff that could increase flooding in the downstream neighborhoods.

“This park stands at the headwaters of the Cato Springs Branch, a stream which flows into the West Fork of the White River and then into Beaver Lake which is our drinking water supply,” said Marsh. “Along its way, water that runs off this site will pass through the urban neighborhoods of Fayette Junction, Walker Park, our commerce district, and then into suburban neighborhoods on the east side of town before it makes its way into our drinking water.”

Marsh said the first phase of construction includes a series of small ponds and rain gardens to capture and filter storm water runoff from the parking lots and playing fields. She said landscaping will include planting native species to provide food and habitat for wildlife as well as minimize the watering and maintainance requirements of parks staff. “This park will not only be a place for our citizens to play but also for wildlife to play,” said Marsh.

Total cost of the first phase is a little over $10.6 million. Funds for the project come from parks development money, parkland dedication fees, and two separated voter-approved bonds. Construction is expected to be complete by fall 2016.

It’s unclear how the city will pay for the full build-out of the park, which was estimated at $28 million in 2006. The city could request a two-year dedicated tax to completely fund the project or simply build new amenities as parks money becomes available.

Connie Edmonston, Parks and Recreation director, said despite the uncertainty, she’s excited to finally get the project started.

“Once we get through this challenge, we’re going to have a very unique and first-class park that’s nested with a background of mountain ranges that will be a site where everyone will want to come and play,” said Edmonston. “The park will be a community builder and it will provide a healthier community for us all.” 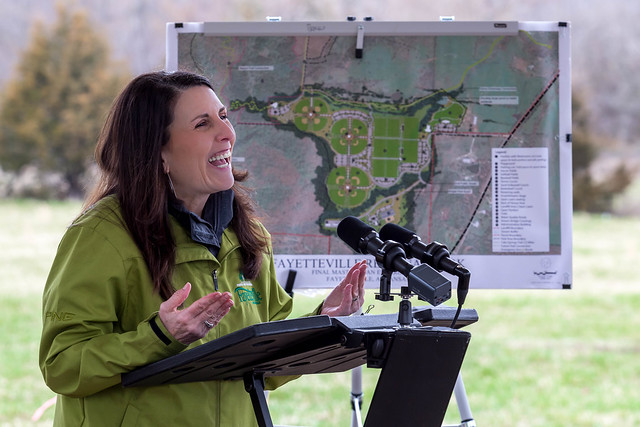 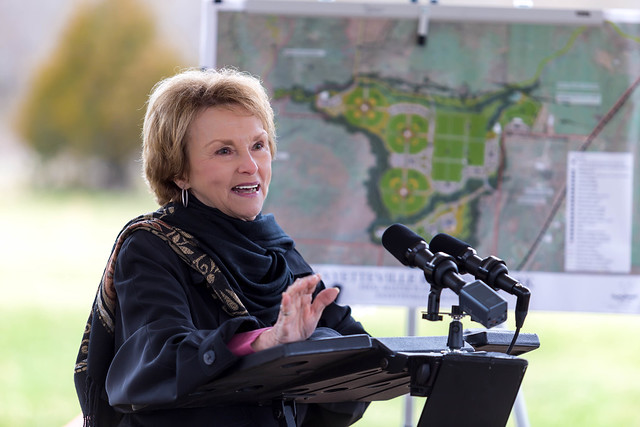 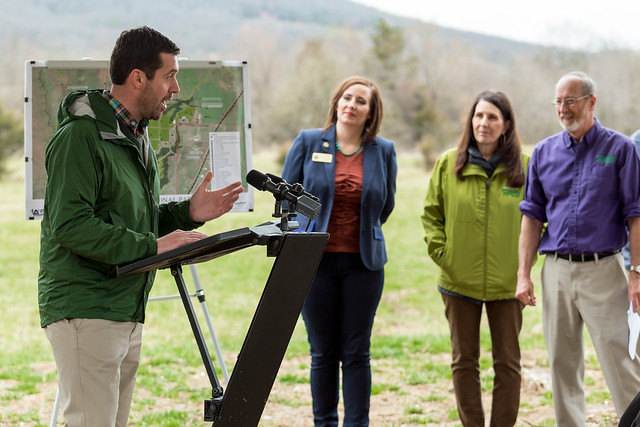 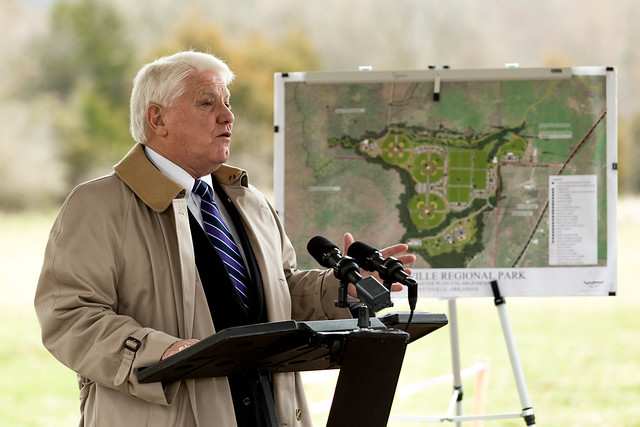 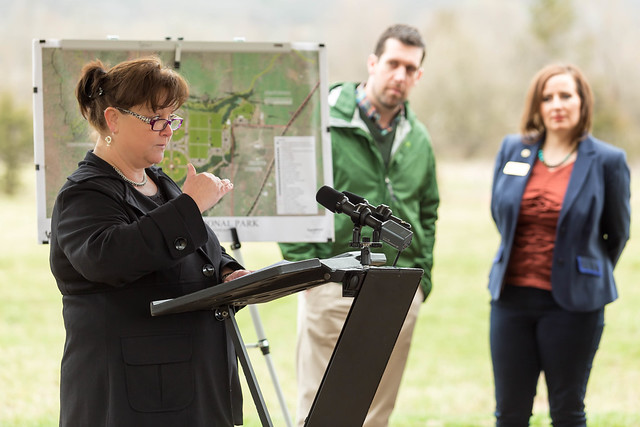 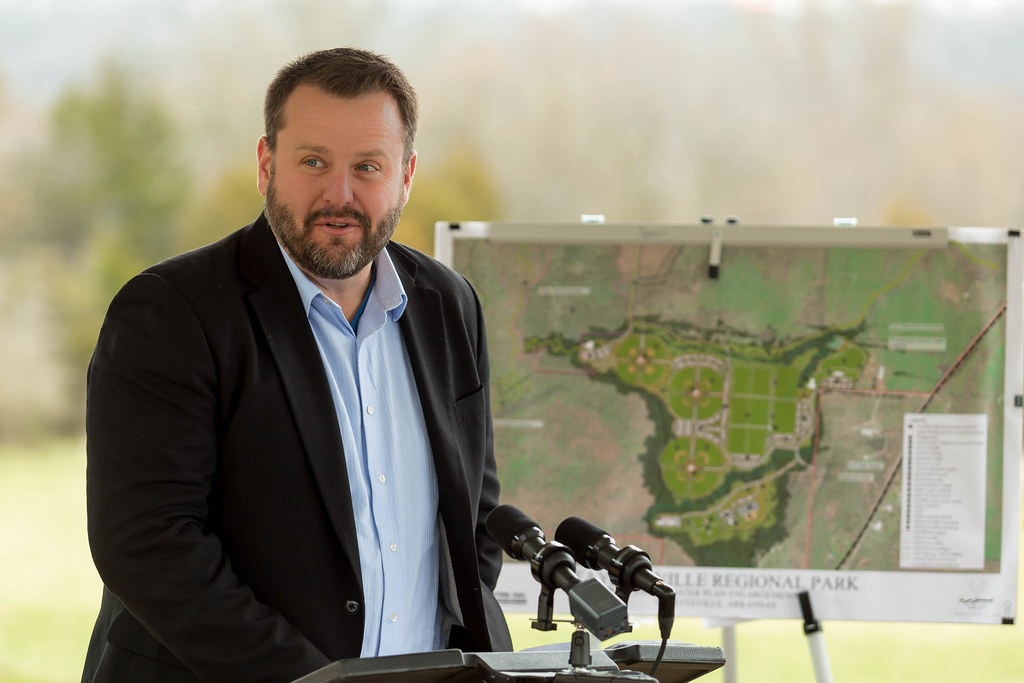 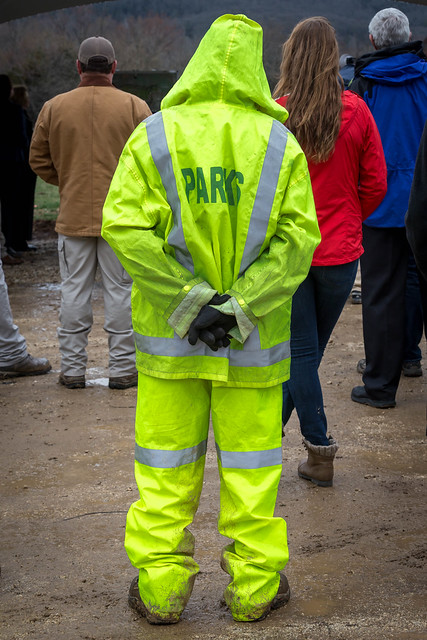 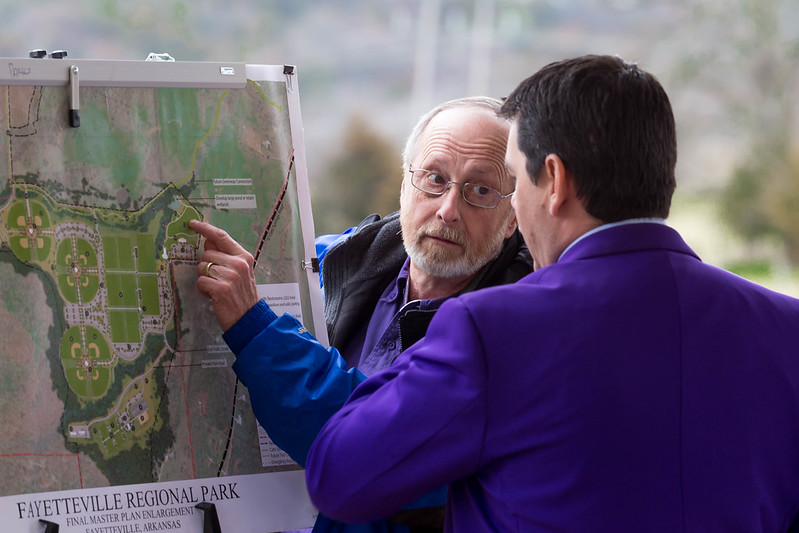 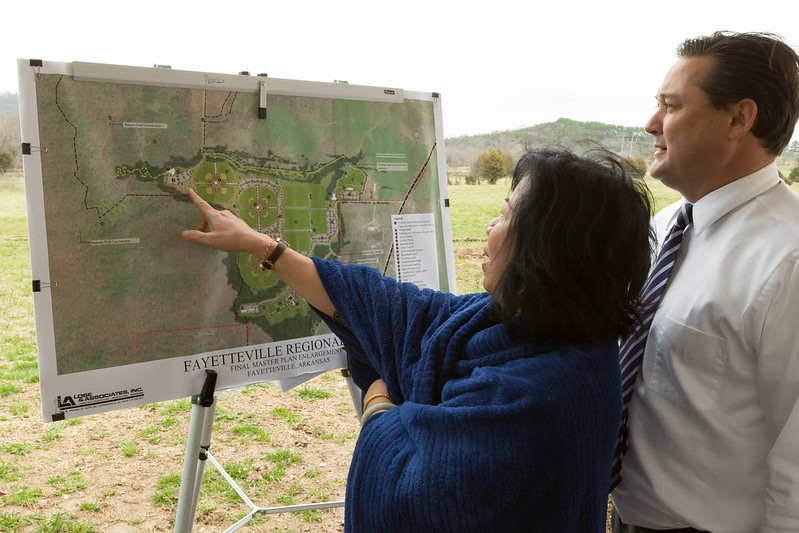 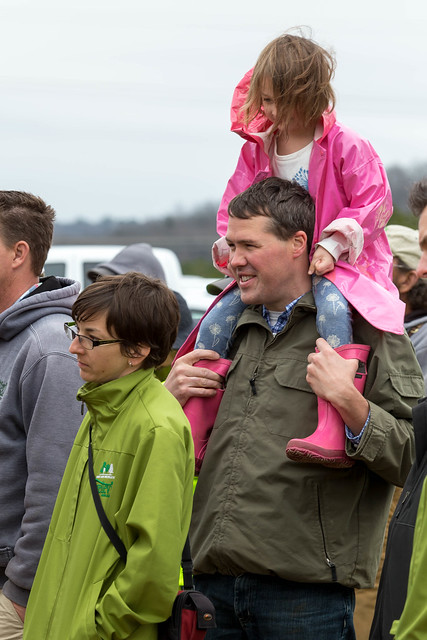 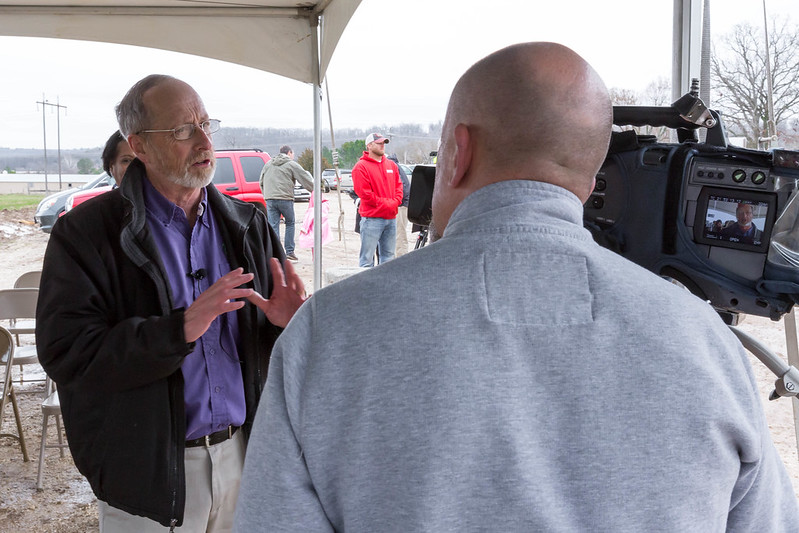 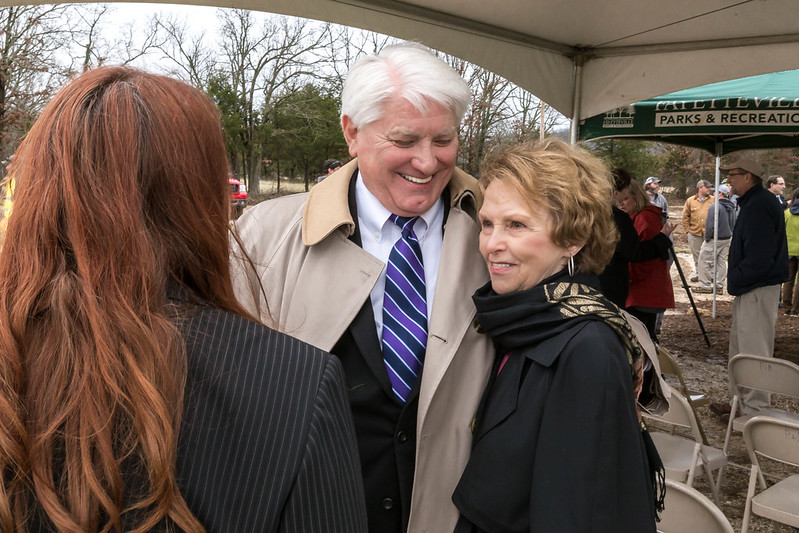 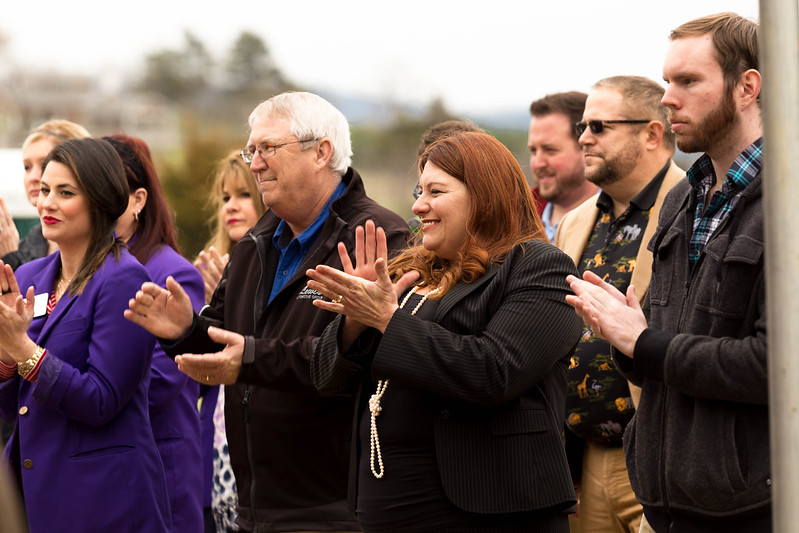