Spring has sprung, and with it came a lot of news about restaurants that have recently opened, or plan to soon open in Fayetteville.

Here’s what we know about the new places. 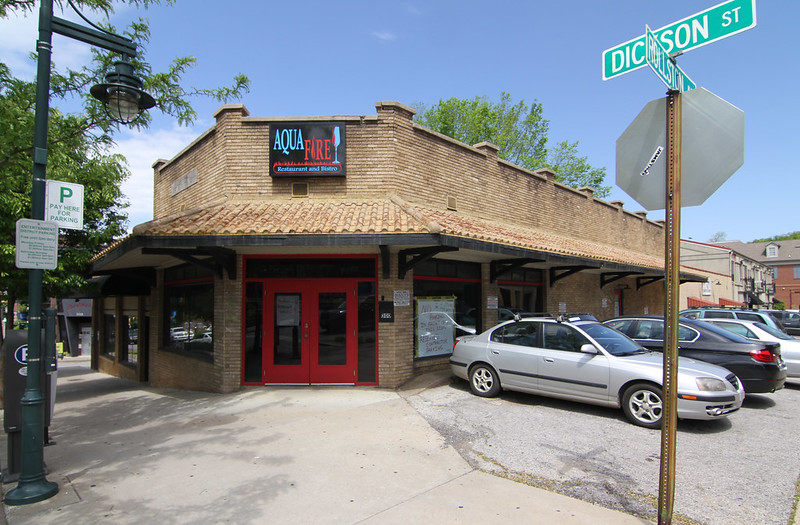 The folks behind Meiji Japanese Cuisine are planning to open a new eatery on Dickson Street.

The new restaurant, by owner/chef Darwin Beyer will soon open in the former 36 Club building at 300 W. Dickson St. The space was most recently occupied by Aqua Fire.

Beyer said the restaurant will be a “Chinese gourmet-style” concept. Renovations are currently underway on the space, and no opening date has been announced yet. The restaurant is currently remodeling the former USA Drug store at 1572 N. College Ave. in the Evelyn Hills Shopping Center.

The Central Arkansas chain currently operates two locations in Conway. The Fayetteville store will be the company’s first franchise.

According to their website, the restaurant donates the cost of one meal to Feed My Starving Children for every meal they sell.

The chain hasn’t officially announced the Fayetteville location, but according to an exchange we had with them on Twitter, they’ve got “a big announcement” planned for this week. 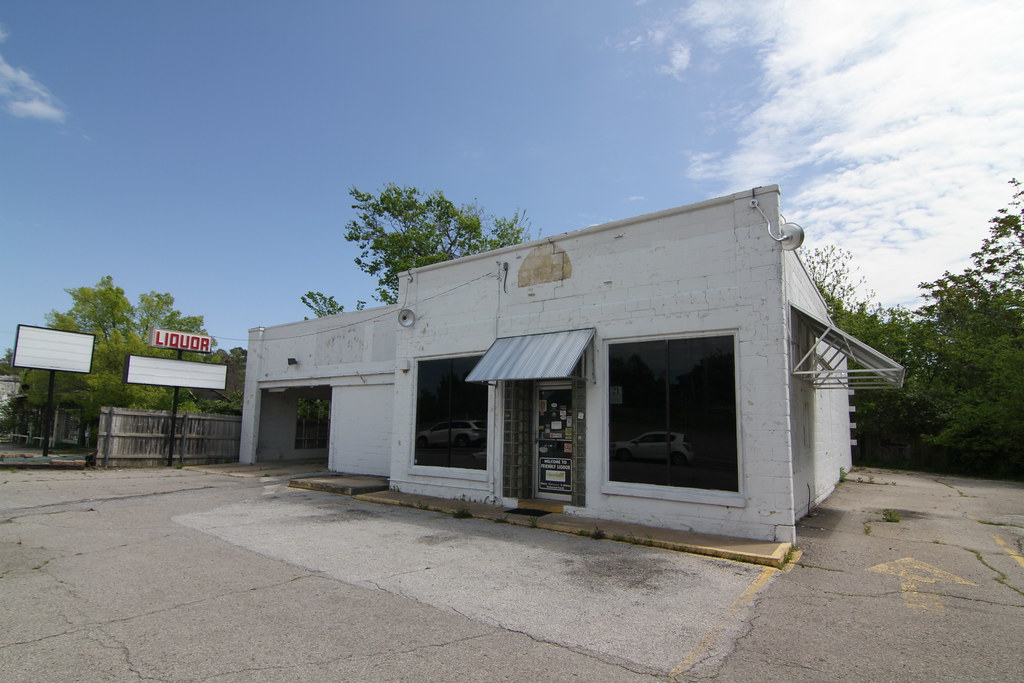 Owner Wilson Wood said he is currently in the process of purchasing the old Friendly Liquor building, located at 816 N. College Ave.

The new space will allow more room for retail, a drive-thru, and better visibility over the company’s current headquarters near the back of Evelyn Hills Shopping Center.

Wood said he will close the purchase on the space next week, and hopes to move in later this summer. 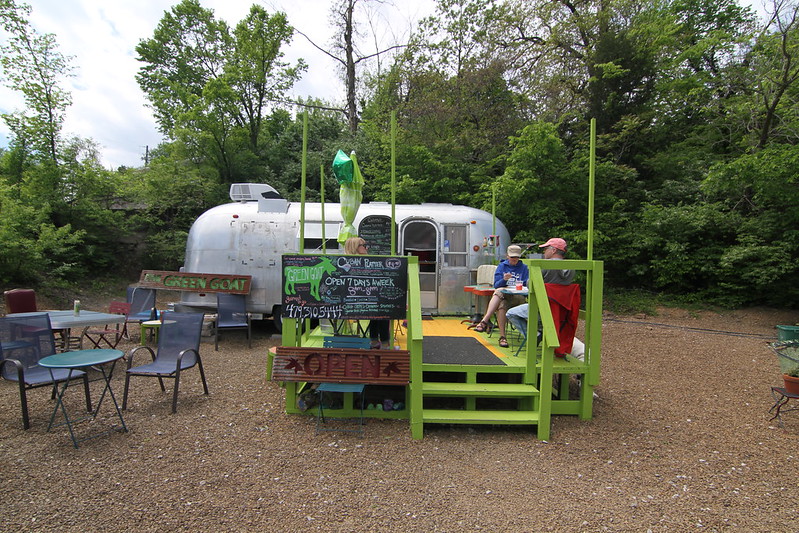 A handful of new food trucks have set up shop around Fayetteville recently.

One of the more unique eateries is The Green Goat, a new Cuban food truck located in an Airstream trailer at the Yacht Club mobile business park on College Avenue. 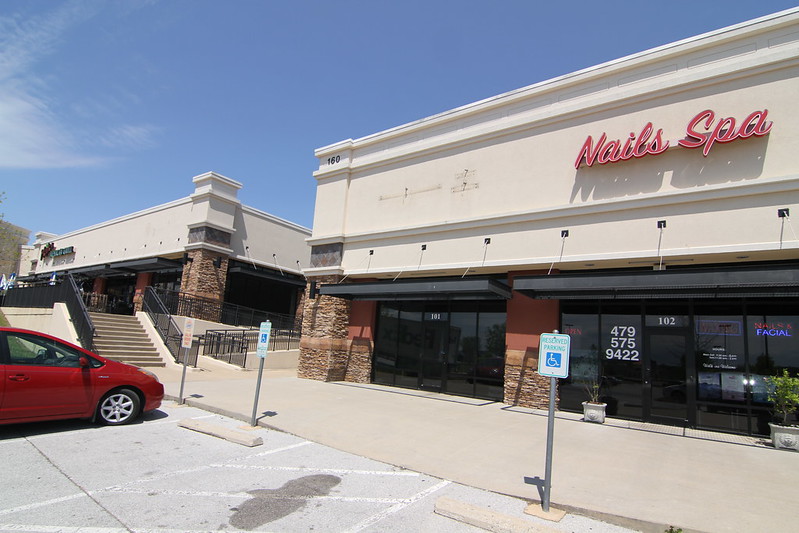 The restaurant recently closed its doors for good at 160 E. Joyce Blvd. in north Fayetteville. The chain’s closest location is now at 800 SE Walton Blvd. in Bentonville. New locations are planned at 1777 W. Martin Luther King Jr. Blvd. next to Dunkin’ Donuts, and at the College Marketplace shopping center where a Whole Foods is scheduled to open later this year.

Here’s our story about the new Jimmy John’s locations from last month. Co-owner Jerrmy Gawthrop emphasized that the food will be “Indian-style,” with a fresh take on the dishes you’d find at a traditional Indian food restaurant.

If everything goes well, Cardamom & Curry will be open sometime in June. 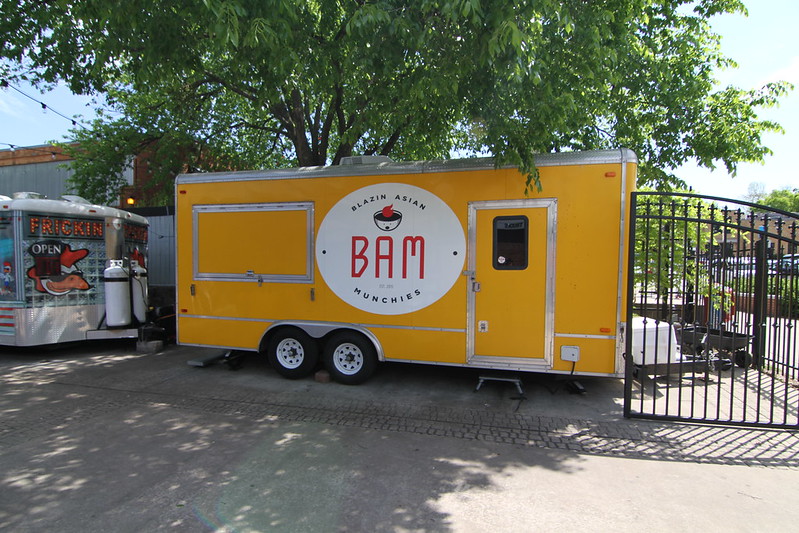 According to their Facebook page, the truck serves up several traditional favorites, including teriyaki dishes, rice dishes, pad thai, and more. 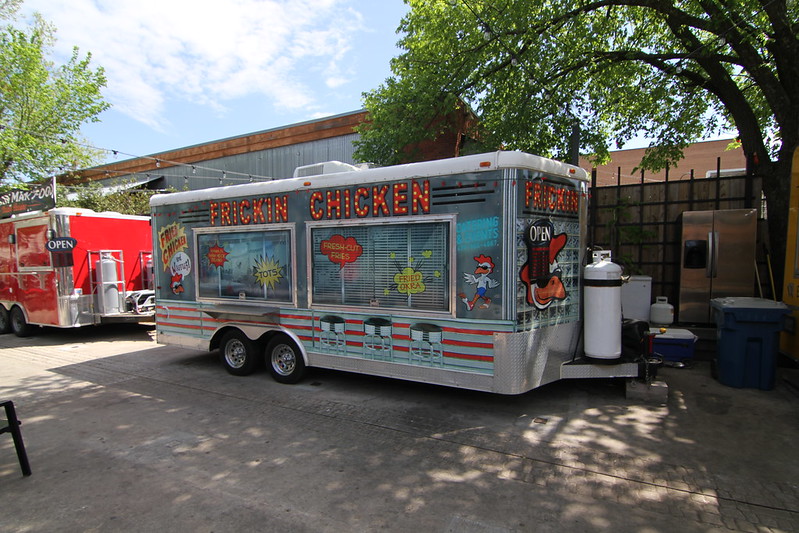 The truck, which got its start on College Avenue before moving to Martin Luther King Jr. Boulevard for a while, is now at home at the Shulertown Food Truck Court.

The menu at the truck is similar to the one at their nearby restaurant, located at 509 W. Spring Street, serving bone-in fried chicken, chicken & waffles, and other southern comfort food. 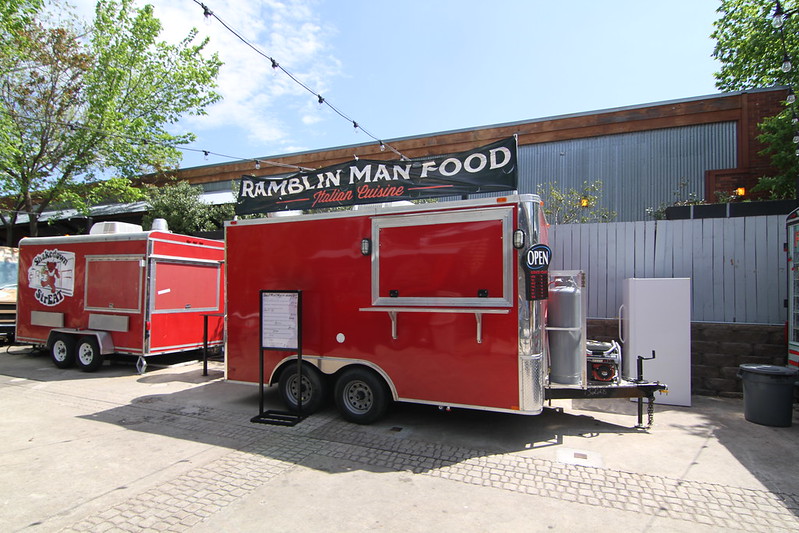 The folks behind the former Tiamo Italian Restaurant that closed in 2011 in Evelyn Hills have opened a new food truck.

It’s called Ramblin’ Man Food Italian Cuisine, and it has been open for a few weeks at Shulertown Food Truck Court.

We haven’t been able to locate the truck’s menu online, but it looks like they concentrate on French bread pizzas, sandwiches, and pasta dishes. 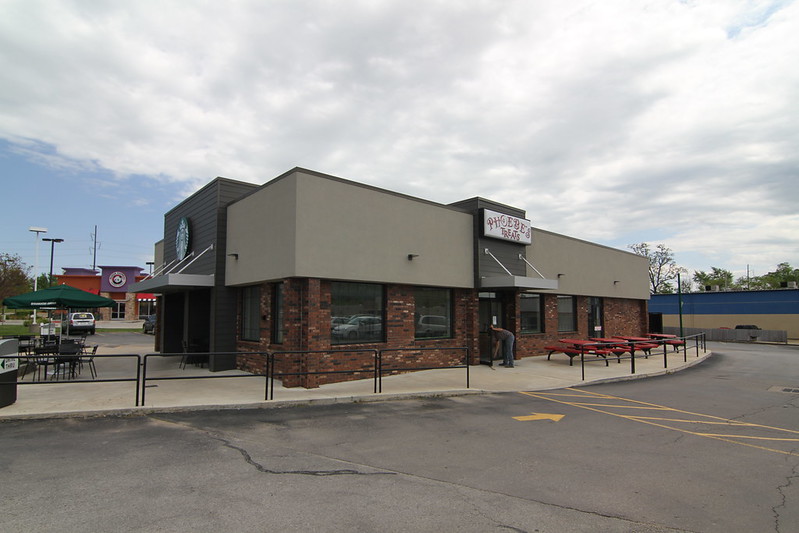 Ozzy’s Pizza is currently renovating the space adjacent to Starbucks, in the spot formerly home to Phoebe’s Treats.

We don’t know much about this one yet. Anyone have any details? 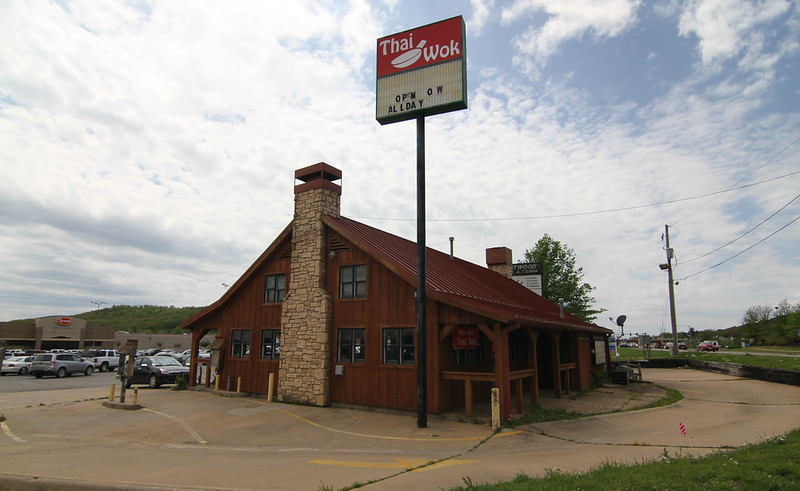 The menu focuses on traditional Thai dishes, including noodle dishes, curries, and more. The restaurant is open from 11 a.m. until 9 p.m. Monday through Saturday. 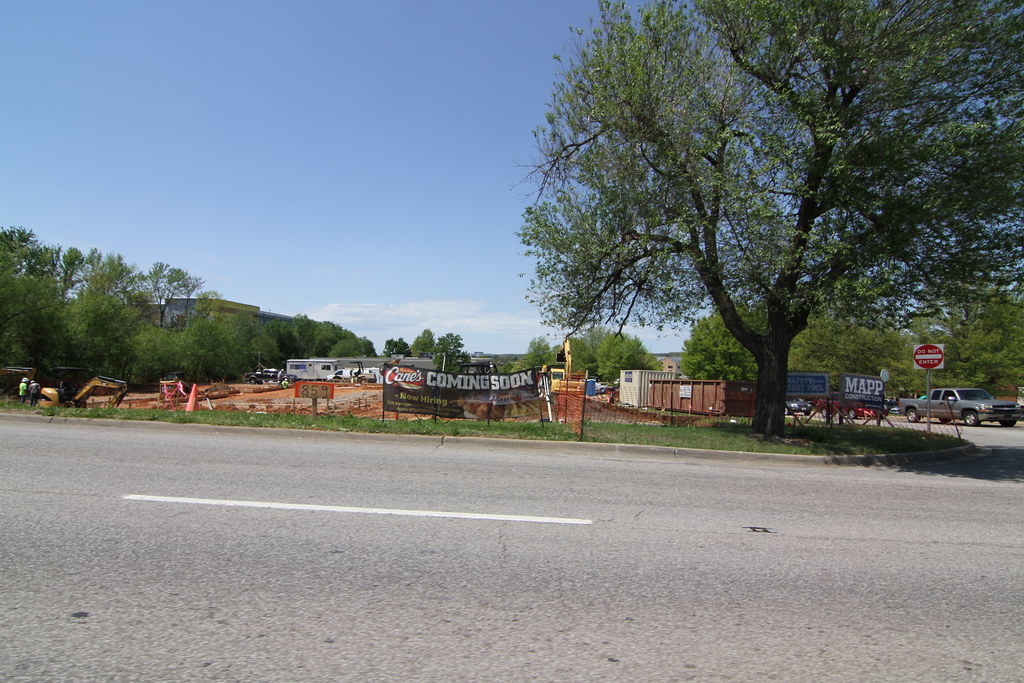 Construction has begun on the new Raising Cane’s restaurant, coming soon to 3561 N. College Ave. on the southwest corner of Millsap Road.

The chain, which focuses on fried chicken fingers, plans to open sometime in July. 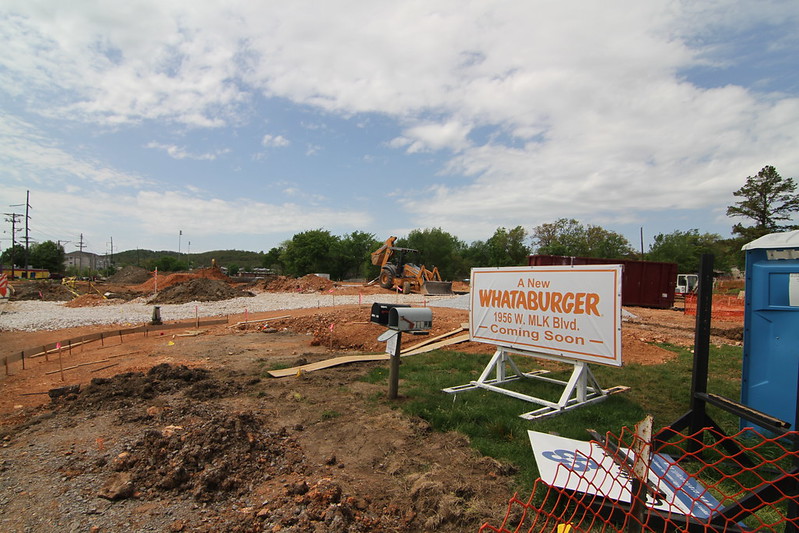 Whataburger has also broken ground on their Fayetteville location.

Dirt work has begun on the restaurant, set to be located at 1920 W. Martin Luther King Jr. Blvd. at the site formerly home to an E-Z Mart gas station and convenience store.

The construction project is expected to last several months. Here’s our story from last month with more details. 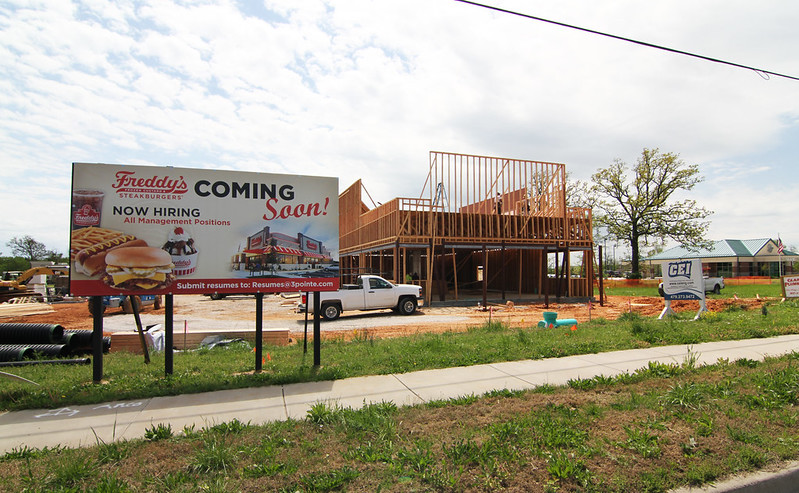 The restaurant, which specializes in cooked-to-order steakburgers, hot dogs and fresh-churned frozen custard, is set to open as part of a major expansion with over 400 new restaurants planned nationwide.

The store will be located on Wedington Drive in front of the Walmart Neighborhood Market grocery store.

We’re not sure what their planned opening date is, but the construction seems to be moving quickly. 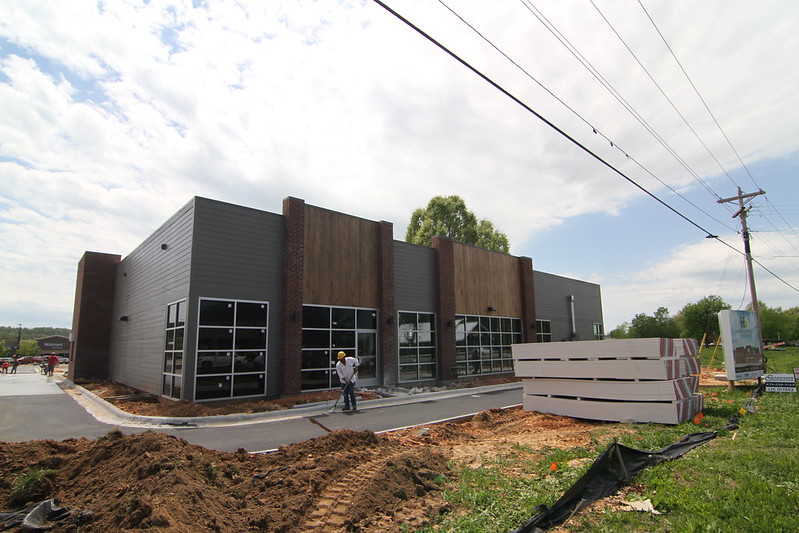 The Starbucks planned for Wednington Drive also appears to be moving along quickly.

The building, which the coffee shop will share with a local dentist office, looks to be nearly complete in front of the Walmart Neighborhood Market grocery store.