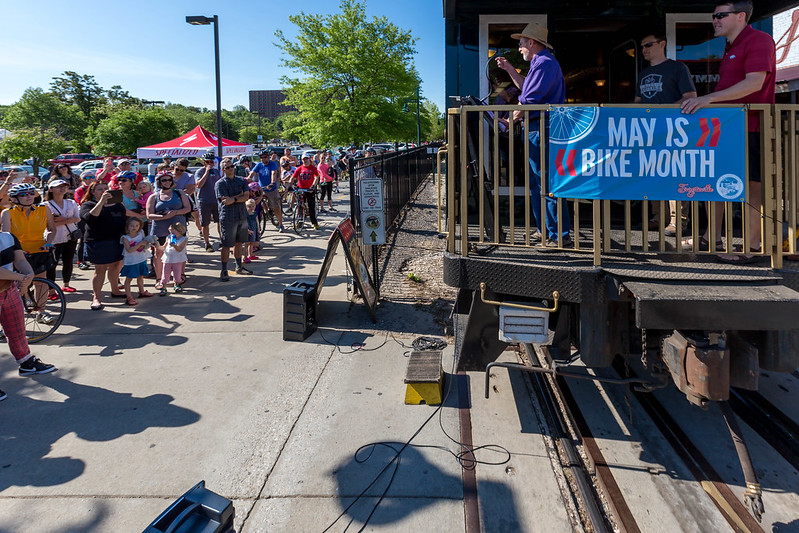 May is National Bike Month, and several local events are planned to help celebrate the many benefits of bicycling and encourage more folks to give biking a try.

Mayor Lioneld Jordan helped kick off the month-long celebration along with a large group of residents Saturday morning along Frisco Trail near West Dickson Street. The event was part of a series of regional grand opening ceremonies held for the newly opened Razorback Greenway, a 37-mile trail from south Fayetteville to Bella Vista.

Following the event, cyclists were invited to either participate in a group bike ride or a free train ride to the main ceremony in Springdale where over 1,000 people gathered to help usher in the new trail system.

The following is a list of events scheduled for the remainder of the month: 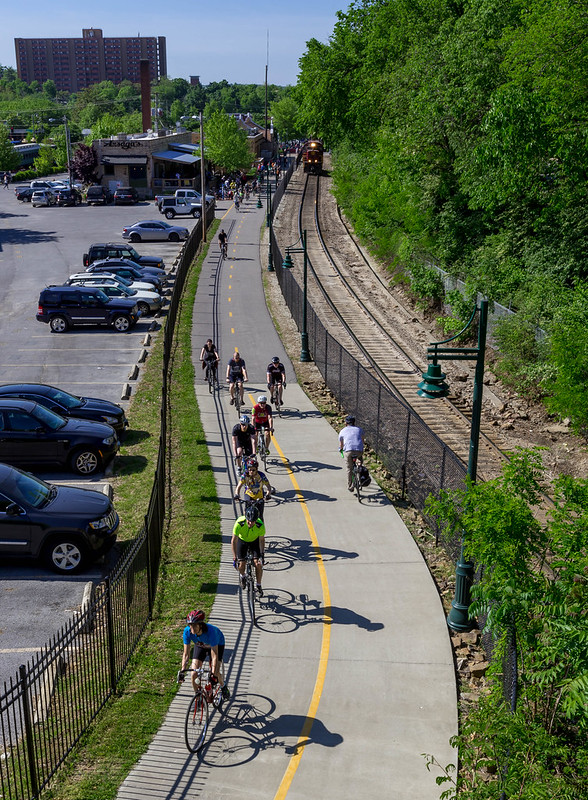 Some cyclists rode their bicycles to downtown Springdale, while others enjoyed a free train ride to the event.

May 10 – Bike to the Game
Participants should meet at the depot on Dickson Street for an 11 a.m. ride to Baum Stadium for the Arkansas baseball team’s 12:05 p.m. game against Tennessee. Discounted general admission tickets will be offered to anyone who participates in the ride. A return trip to the depot will leave 15 minutes after the game ends.

May 15, 20, 28, 29 – FPS Bike Education Field Trips
Fayetteville Public Schools officials are seeking volunteers to ride along with students on tours of some of the city’s trails. See a full schedule with volunteer information here. 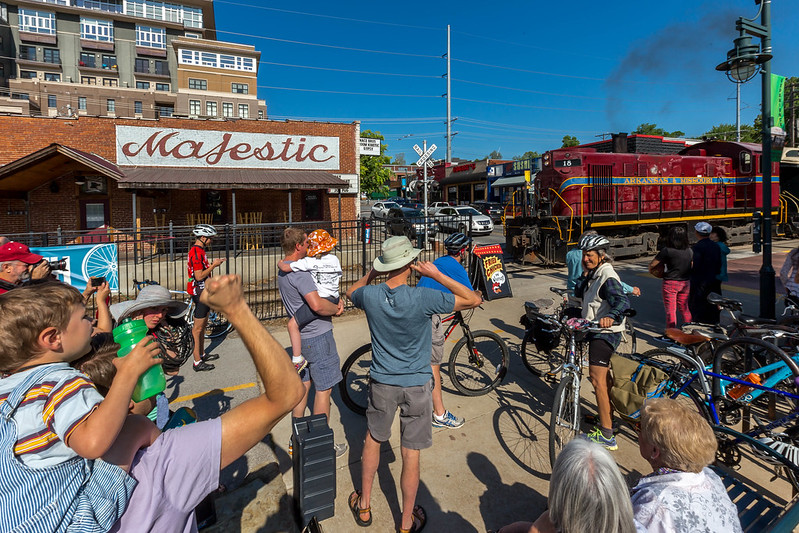 Residents cheer as an Arkansas-Missouri Railroad train enters the depot at Dickson Street Saturday morning before a grand opening ceremony for the Razorback Greenway.