A trail user rides north along Frisco Trail under an installation of 1,500 plastic water bottles on Wednesday, April 22 in south Fayetteville.

A recent art installation in south Fayetteville aimed to expose hundreds of trail users to the negative effects of plastic water bottle consumption in the United States.

The installation, which was on display on Earth Day last month, featured 1,500 plastic water bottles chained and suspended over Frisco Trail near the tunnel at Martin Luther King Jr. Boulevard.

A sign under the installation explained that Americans use 1,500 water bottles every second. Only 20 percent of those bottles are ever recycled, leaving about 1,200 bottles in landfills around the country.

The work, titled “Plastic,” was part of an Earth Day project created by Santiago Perez, a professor at the Fay Jones School of Architecture at the University of Arkansas, along with eight university students in the Ecosocial Systems and Prototypes studies program.

The project was similar to a series of “eco-art installations” from MSLK Design, a New York-based boutique marketing and design agency. MSLK’s “Urban Interventions” series brings awareness to the enormous amount of single-use plastic items that are consumed in America, while encouraging people to consider alternatives.

Aside from 1,500 water bottles, the agency’s research found that Americans also consume 2,663 plastic shopping bags and 2,629 take-out meals each second.

Although these acts of consumption can feel very innocent, even natural in the moment, their impact over a minute, a day, or even a year is staggering.

According to the MSLK website, the company’s work has reached over one million people in over 63 countries through installations at festivals and film premiers around the world. Their work has been featured in books, magazines, and TV programs on Discovery, Current TV, and NY1, and won an AIGA (RE)design Award for sustainable design. 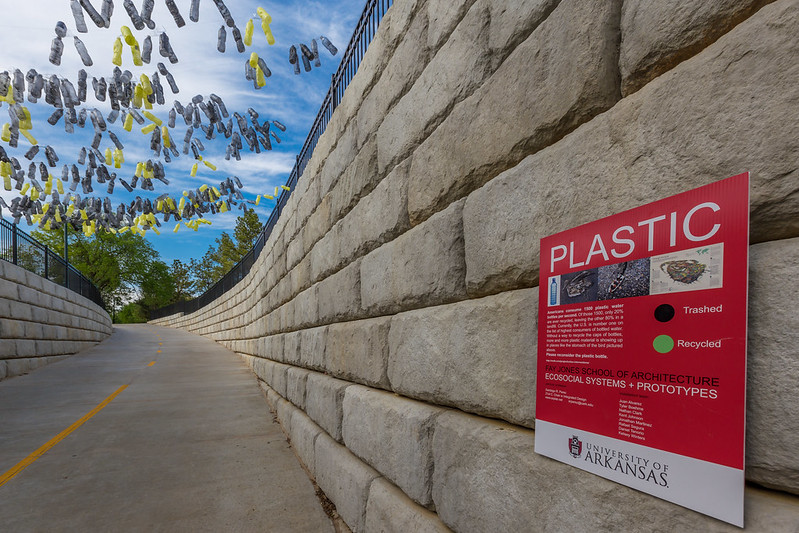 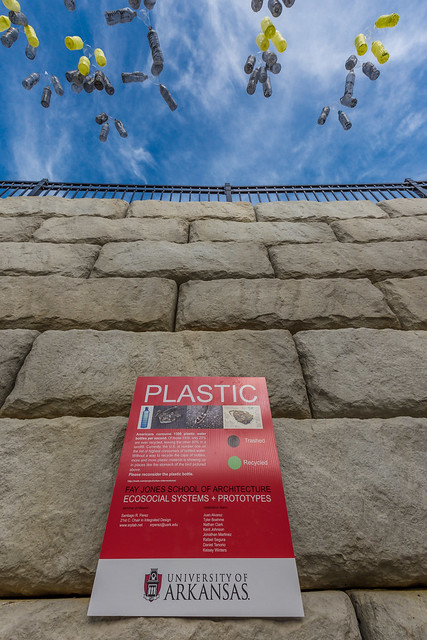 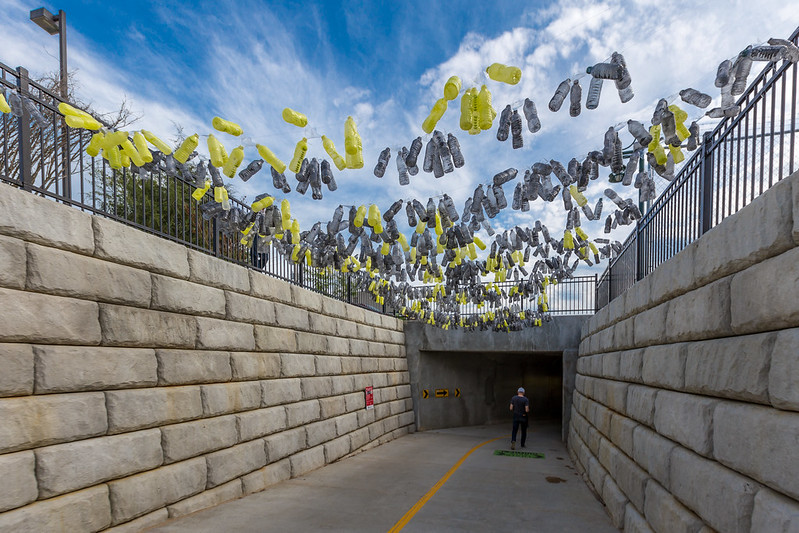