The number of craft beer drinkers in Arkansas is on the upswing. And so too is the frequency of beer festivals across the state.

Beer festivals are popular for a number of reasons. For one, virtually every beer available in the market – from locals and out-of-staters – is on hand at festivals to sample. It takes an unwieldy number of mix-packs to taste all those beers on your own. You’ll save more than a few bucks trying them at a festival. 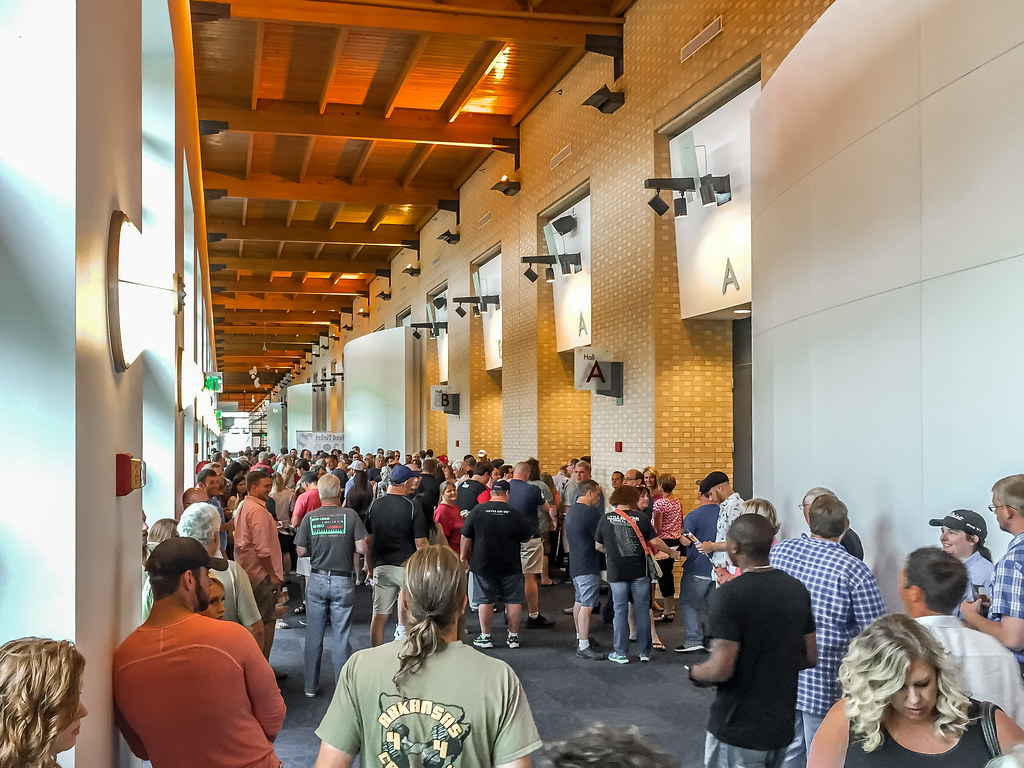 Over 1,000 people attended the the Hot Springs Craft Beer Festival in 2015.

Another big reason for the explosion in beer festival popularity is the social aspect. Rubbing elbows with other beer fans is a lot of fun. Everybody is in a good mood (have you ever seen a frown at a festival?) and they are anxious to discuss their favorite beers. The crowd is usually pretty eclectic, and thus the people watching is top notch, too.

I had the good fortune to attend a couple of beer festivals recently. They were a few weeks and a couple hundred miles apart, but both were great examples of festivals done right.

Fayetteville Foam Fest was held on May 9, and despite the rain was well attended. The Walton Arts Center parking lot provided ample room for attendees to sample beer and enjoy food from local food trucks.

Notable beers at the festival included Victory HopDevil IPA (Victory was making its Arkansas debut at the festival), Evil Twin Sour Bikini (sour beer in a can!), and Shock Top Twisted Pretzel Wheat. Shock Top gets a bad rap in the craft beer community because it’s owned by Anheuser-Busch, but the aroma of Twisted Pretzel Wheat was 100% pretzel and unlike any beer I’ve ever tried.

Of course the Northwest Arkansas brewers were on hand as well. The guys from Fossil Cove were having a good time as usual. The good people from West Mountain wore tiny stick-on mustaches while serving their suds. Apple Blossom brought several tasty beers and reminded everyone that it’s still one of the most creative breweries in the area. And Black Apple Crossing – formerly known as Noble Crossing Cider House – was on hand to share the first samples of its delicious cider with the public. 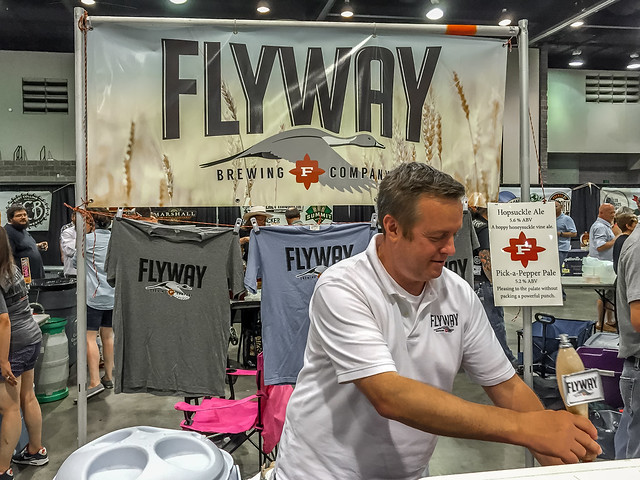 Another big festival took place down in Hot Springs on May 30. The Hot Springs Craft Beer Festival, put on by the Spa City Blues Society, was held in the convention center just off historic Central Avenue.

Beer is fast becoming a big deal in this resort town, with the recent arrival of its very own brewery – Superior Bathhouse Brewery and Distillery – and an improving selection of out-of-state beers at retail. The local popularity of craft beer was evident when the festival officially commenced at 6 p.m. and over 1,000 people streamed through the convention hall doors.

One of the first things I noticed when I entered the festival had nothing to do with beer. There were a number of food vendors set up, including Buffalo Wild Wings, Jimmy John’s, and Silk’s – the new restaurant inside Oaklawn Park. I walked around for a while before I realized no money was changing hands at the food tables. Amazingly, the food was built into the price of the festival ticket! A couple of bacon cheeseburger sliders later I was ready to sample some beer.

Central Arkansas is picking up steam when it comes to brewing good beer. The Hot Springs Craft Beer Festival was a good place to sample some of the beers from the 501 area code since most aren’t available in Northwest Arkansas. 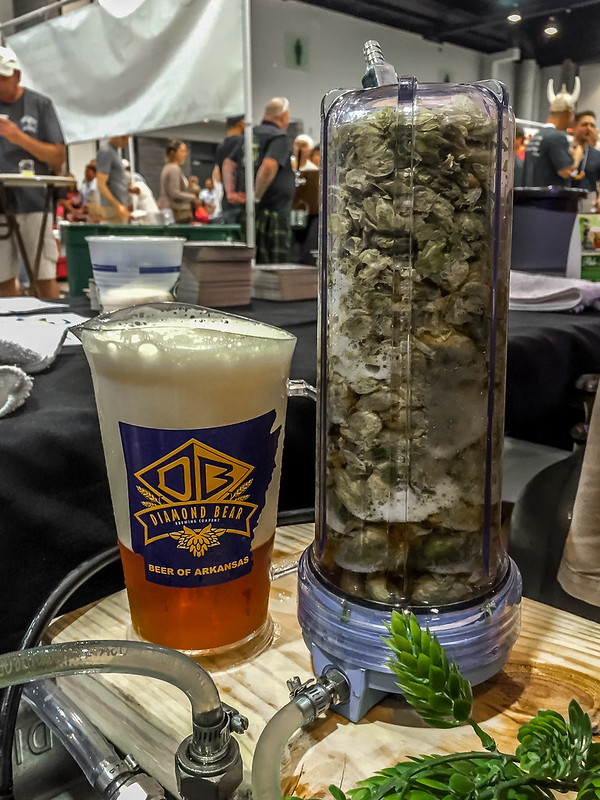 The first brewery I visited was Little Rock’s Lost Forty, which has quickly made a name for itself with its tasty beer and splashy marketing. Its Pale Ale and Love Honey Bock were both excellent beers and worthy of the hype. It’s obvious that the people behind this brewery know what they’re doing. I wouldn’t be surprised to see Lost Forty all over Northwest Arkansas soon.

Also from Little Rock, Flyway Brewing brought perhaps the most interesting beer at the festival. Pick-a-Pepper Pale Ale was brewed with poblano and jalapeno peppers. I’ve had pepper beers that were good, but maybe twice as many that were downright bad. So I was skeptical as I listened to the brewer describe the process of obtaining aromatics from the peppers while removing the heat from the taste. But he was spot on! The nose was full-on poblano and the beer went down smooth with a delicate flavor. Look for Flyway when you head down to the capitol city.

The most interesting brewers at the festival were from Blood Eagle Brewing, a new Little Rock venture that is using the crowdfunding technique to get things going. Adorned in leather jackets, piercing, and tattoos, they were the rowdiest looking bunch in the room. They poured a few beers they are pilot testing, most notably an imperial beer that I finished the night with. It was a nice beer that capped an excellent night of drinking in Hot Springs.

Beer festivals are outstanding opportunities to try new beers and hang out with great people. Fortunately, there are several more opportunities this year to get out and experience one for yourself. Here are a few notable festivals coming up in Arkansas: