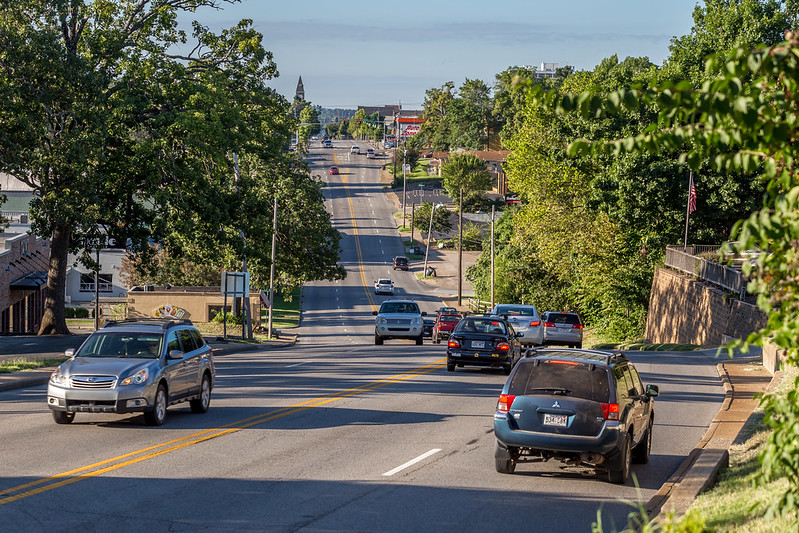 City officials yesterday unveiled their ideas for redesigning a half-mile stretch of College Avenue between Maple and North streets.

Staff from the city’s Engineering Division presented large-scale prints of the design concepts for residents to review during an input session held Tuesday evening at City Hall.

The design includes 10-foot-wide sidewalks on both sides of the street along with street lamps every 75 feet and tree wells every 30 feet. 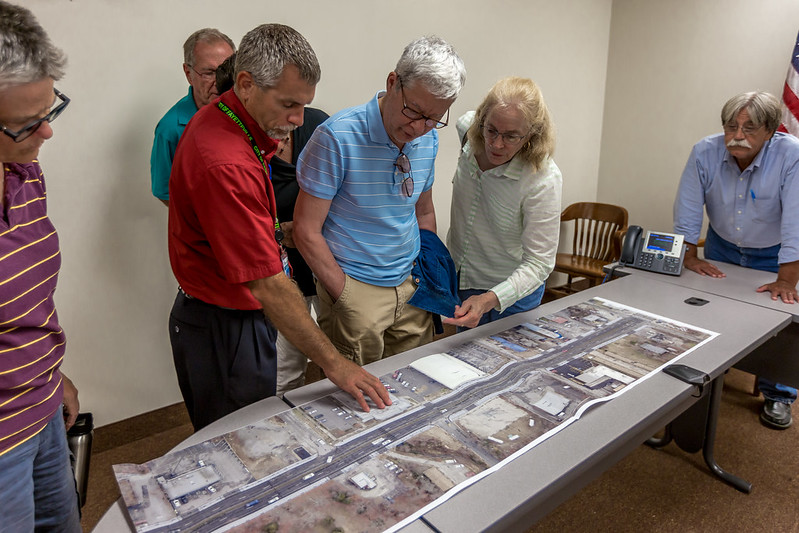 The project will extend the look and feel of similar improvements made to College Avenue between Mountain and Maple streets in 2008 and 2009.

Like the earlier projects, the city will again work with AEP-SWEPCO to bury power lines in an effort to further beautify the area.

One challenge designers face is what to do about a large retaining wall on the west side of College Avenue across from Sassy’s Red House and the old Friendly Liquor building. Officials said the wall will most likely stay put, but the question is where to locate the new sidewalk. The choices include a narrower path between the road and wall, or a brand new walkway above the retaining wall.

Another retaining wall on the east side of College, across from the University of Arkansas for Medical Sciences will likely be replaced.

Another idea proposed by engineers is a signaled crosswalk between Rebecca Street and Trenton Boulevard. Residents who live east of College Avenue applauded the idea on Tuesday and said they’d welcome a safer option for walking from their neighborhood to the Wilson Park area.

Because College Avenue doubles as U.S. 71B, all designs will need final approval from highway officials.

If all goes according to plan, work should begin by early 2016 and last at least a year.

City staff are still taking input from residents about the project. Click here to submit an online survey.