The Fayetteville Chamber of Commerce says opponents of the city’s civil rights ordinance are attempting to mislead voters in the run up to the Sept. 8 special election.

If approved, the ordinance will prohibit business owners and landlords from unjustly firing or evicting someone because of their sexual orientation or gender identity.

In a news release (PDF) issued Saturday, chamber officials said Protect Fayetteville, a group advocating against passage of the city’s Uniform Civil Rights Protection ordinance, is using the chamber’s letterhead and logo to imply that the chamber is opposed to the new law.

While the Chamber of Commerce did oppose a previous ordinance that was approved by aldermen and later repealed, the chamber has been publicly in support of the new law since it was first announced.

Chamber president Steve Clark was one of seven people to stand at the podium alongside Alderwoman Adella Gray during the introduction of the new law on the steps of the Fayetteville Town Center in early June.

Saturday’s announcement came in response to a document being circulated (PDF) by Protect Fayetteville entitled, “Fayetteville Chamber of Commerce Letter Revisited.” The document, written on chamber letterhead, begins with an italicized statement which argues that the new ordinance is the “same or worse” than the previous law. What follows is a mix of chamber statements from a 2014 letter about the previous ordinance and then comments from Protect Fayetteville in red text.

In its campaign to repeal the previous law, chamber officials in 2014 criticized the measure and called it “legally incomplete” and “vague” in its language defining the ordinance.

The new proposal, which specifically outlines claim submission, hearing procedures, and order of penalties, was drafted with help from local attorney Mark Martin of the Martin Law Firm, and Danielle Weatherby, Assistant Professor of Law at the University of Arkansas.

Chamber officials said their previous concerns have been fully addressed.

“Ordinance 5781 corrected the problems that the chamber identified in Chapter 119,” officials said Saturday. “We believe Ordinance 5781 is good for business and economic development, and reflects the welcoming, diverse community we enjoy in Fayetteville.”

In a press release, For Fayetteville, the group campaigning for passage of the new ordinance, praised the chamber for its support and for responding to the opposition’s use of chamber letterhead.

“We’re glad to have the support of the Fayetteville Chamber of Commerce in this effort to pass equal protections for everyone,” said Kyle Smith, chair of the For Fayetteville campaign. “The Chamber knows #5781 will help grow our economy and attract new businesses who value their employees and customers. Since our campaign started, nearly 400 Fayetteville businesses have signed a pledge to support #5781, because they know it’s good for business.”

For Fayetteville representatives said they worked with the chamber and others who opposed the previous law to write the new ordinance.

“When we started drafting ordinance #5781, we started with the chamber’s list of concerns from Chapter 119,” Smith said. “They released a letter last year, so we went through one by one and found a solution that works for everyone. As voters, business owners, and other community leaders read and learn about #5781, they realize it makes sense for Fayetteville and strikes the right balance to protect LGBT rights while respecting religious freedoms. Discrimination in employment, housing, or public accommodation is bad for business and has no place in our town. We thank the Chamber of Commerce for standing with us.”

Opponents defend use of chamber materials

In a statement (PDF) released by Protect Fayetteville, opponents said it is “absurd” to think that anyone would be confused by their use of chamber materials.

The group said by using red text for its commentary alongside chamber statements in black text, it should be clear enough for anyone reading the document to understand where the chamber stands.

“This introduction cannot be misleading from any stretch of the imagination,” the group stated. 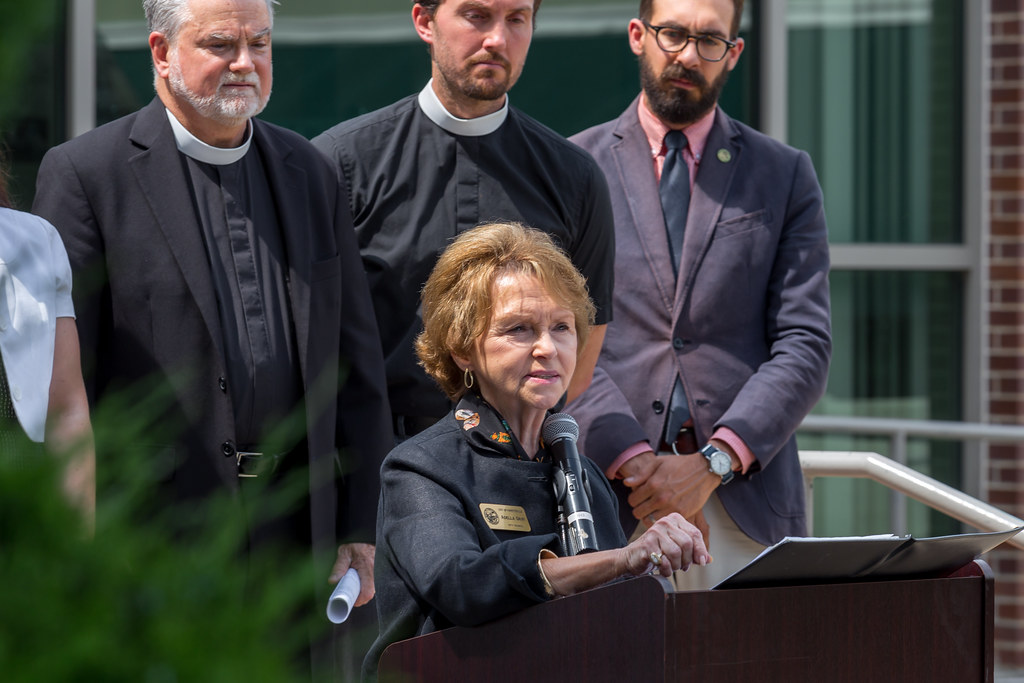