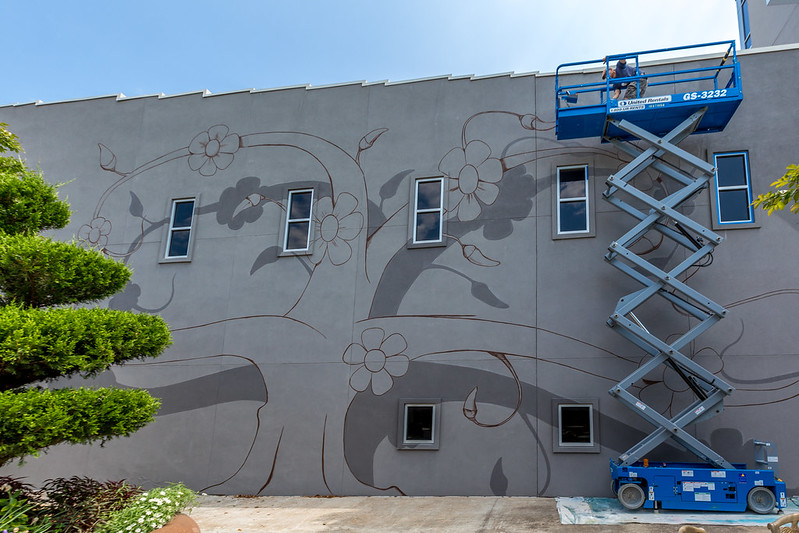 Work is underway on a massive mural in downtown Fayetteville.

Local artist Jason Jones began painting the initial outlines for his latest piece of public art last week on the west wall of the Executive Square building at the Fayetteville Town Center plaza just south of the downtown square. The design began to take shape by the end of the week exposing the enormity of the artwork.

The giant canvas was chosen by members of the Fayetteville Advertising and Promotion Commission in June after Jones proposed the project as part of the commission’s most recent biannual funding process. Jones was one of 23 applicants to request special funds from the commission for possible projects and planned festivals. He requested $30,000 to paint a series of three murals in downtown Fayetteville. The commission agreed to pay $11,250 for one mural, pending approval from the Bradberry family, who owns the building.

Once approved, the funds were dispersed and the sketches were completed. The design includes a large tree with colorful flowers growing from its branches and the words “enjoy local” inscribed on it. Featured near the bottom of the image is a black bear swinging from a tree swing.

Commissioner Matt Behrend said the mural would enhance the experience at the Fayetteville Farmers’ Market and First Thursday Fayetteville, and could serve as a backdrop for the many weddings which take place at the Town Center throughout the year.

Behrend said in June he hopes to see more of Jones’ work around town in the future.

“I think this advertises and promotes Fayetteville at the same time,” Behrend said. “It’s really kind of a way to put a stamp on things and show people that we appreciate the arts as well as the community.” 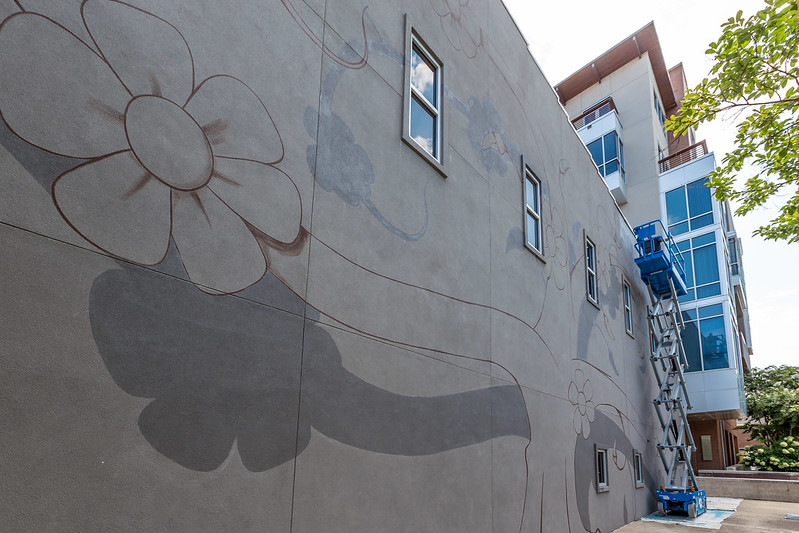 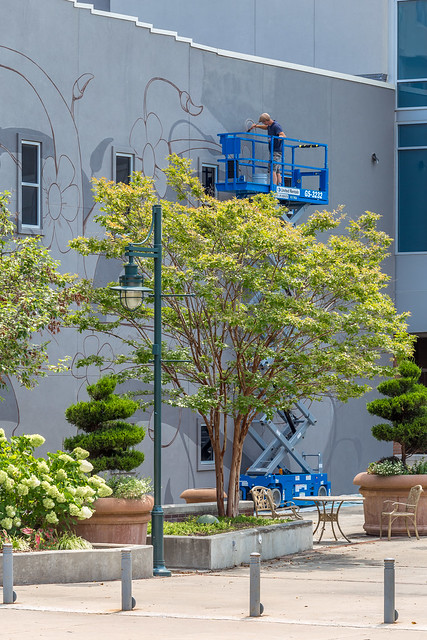 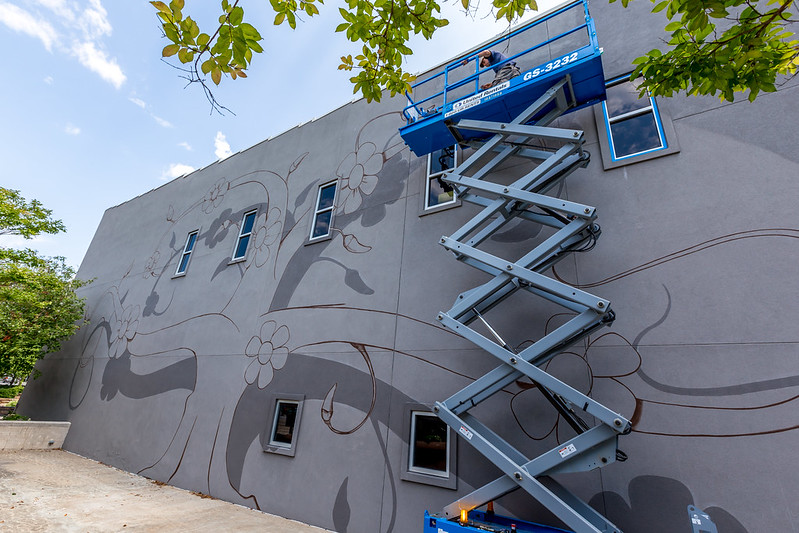 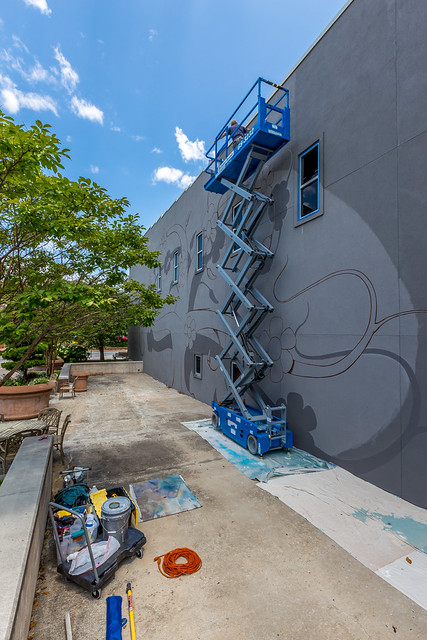 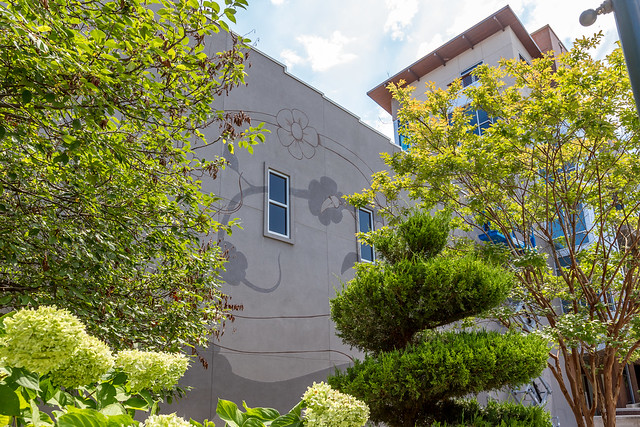