Mayor Lioneld Jordan, along with city staff and members of the Fayetteville Chamber of Commerce, break ground on the Rupple Road Improvement Project during a ceremony held Wednesday morning near Owl Creek School in west Fayetteville.

West Fayetteville residents will soon have an easier way to get to Walmart, Lowe’s and the other businesses on the west side of Interstate 49.

Officials broke ground Wednesday on the first phase of the Rupple Road Improvement Project, which includes a 1.5-mile southern extension of Rupple Road from where it ends at Owl Creek School to Martin Luther King Jr. Boulevard. “This has been a long time coming,” Mayor Lioneld Jordan told a small crowd gathered near Owl Creek School.

The project is part of Jordan’s plan to widen and extend streets in a “box” around the city. Once all phases are complete, Rupple Road will stretch north from MLK all the way to Mount Comfort Road. Jordan considers the project a Crossover Road for west Fayetteville.

Aside from Crossover, other streets that make up “The Mayor’s Box” (see photos below) are Van Asche Drive to the north and 15th Street, Huntsville Road, and Martin Luther King Jr. Boulevard to the south.

Design plans include a landscaped median with roundabouts at three intersections and a 5-foot sidewalk on the east side of the road. Aside from giving drivers a new route to the businesses along MLK, a planned 12-foot trail on Rupple will one day connect Fayetteville’s trail system to the recently acquired Mount Kessler land that includes over eight miles of hiking and mountain biking paths near the planned 200-acre regional park.

Officials believe the project will drive economic development in southwest Fayetteville. Once Rupple Road is extended, the fields and pastures that separate MLK Boulevard and Wedington Drive are expected to flourish with commercial and residential developments. The existing roadway on Rupple from Persimmon Street to Wedington Drive will also be widened to four lanes, along with a short stretch on the north side of Wedington to Congressional Street.

The $7.3 million project is being funded using transportation bonds approved by voters in 2006.

A future phase of the project includes relocating the northern portion of Rupple Road to align with an existing signalized intersection on Mount Comfort Road. The work will include a four-lane road with a tree-lined median, 6-foot sidewalks on the east side of the road, a 12-foot trail on the west side of the road, and a four-lane bridge over Hamestring Creek. 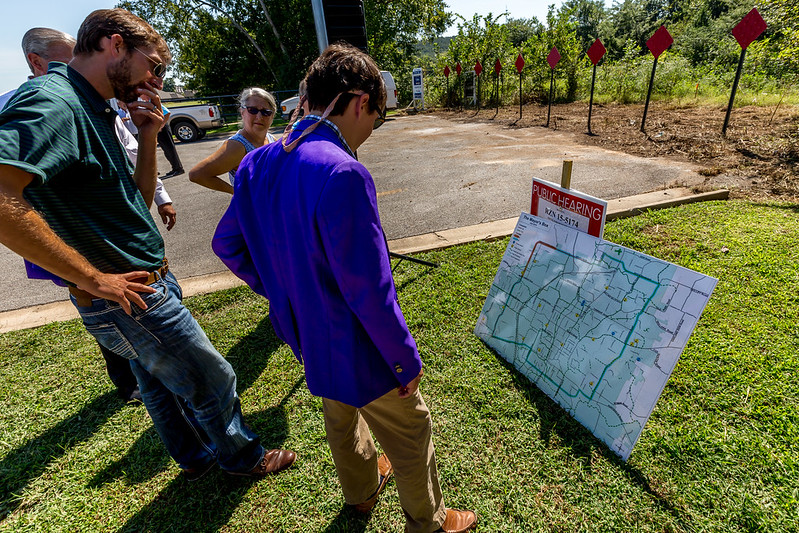 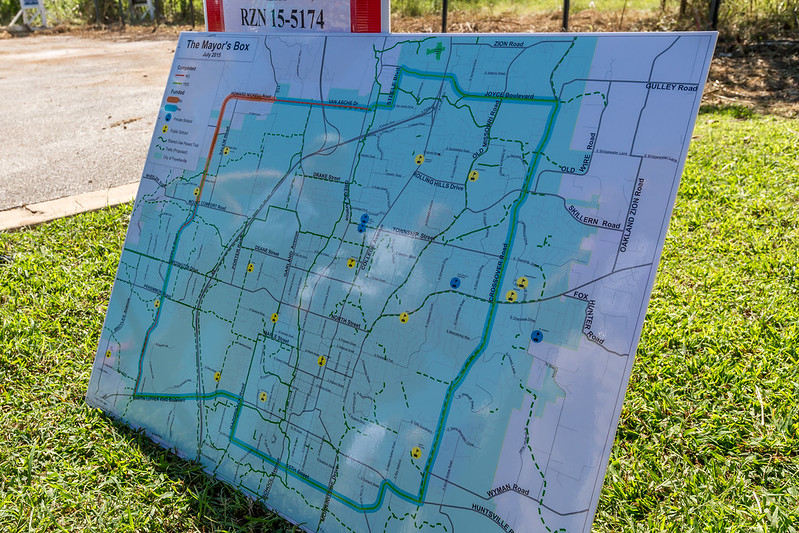