Make sure to check out the city’s newest piece of public art the next time you’re on the Fayetteville square.

Local artist Jason Jones put the finishing touches on a massive mural painted on the west wall of the Executive Square building at the Fayetteville Town Center plaza this past weekend.

Work began on the project in mid-August after the Fayetteville Advertising and Promotion Commission signed off on the idea.

Jones was one of 23 applicants to request special funds from the commission for possible projects and planned festivals. He requested $30,000 to paint a series of three murals in downtown Fayetteville. The commission agreed to pay $11,250 for one mural, pending approval from the Bradberry family, who owns the building. 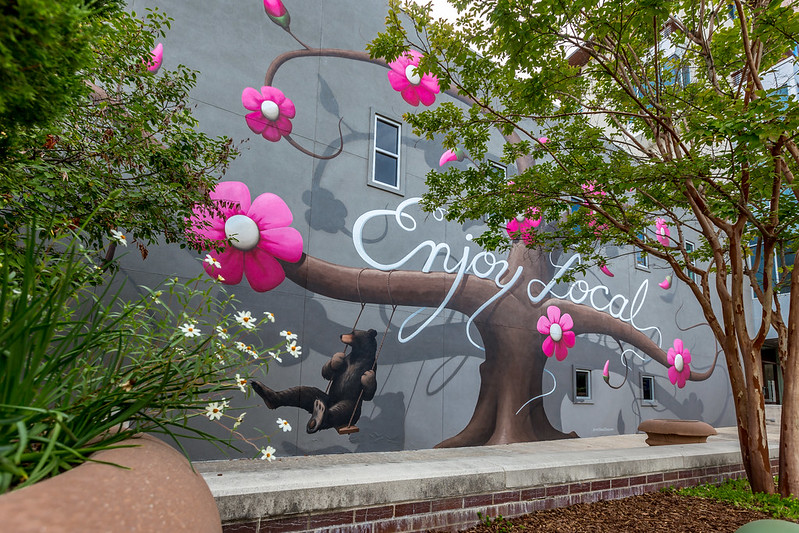 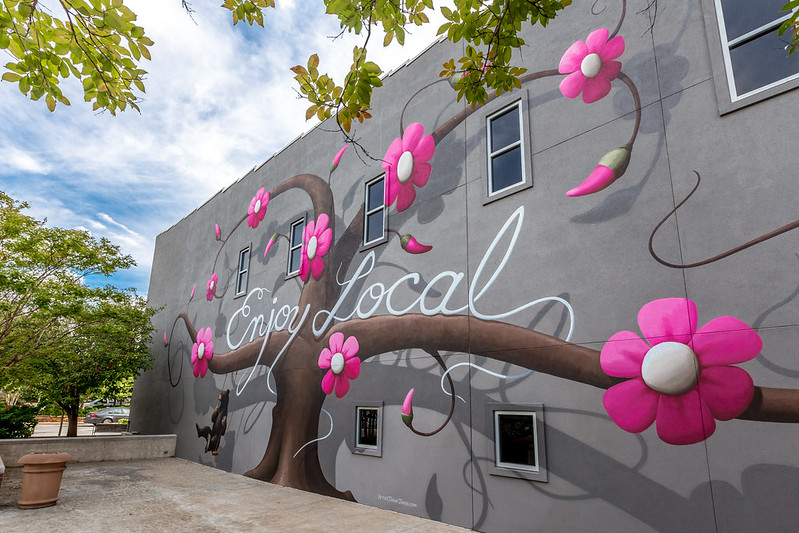 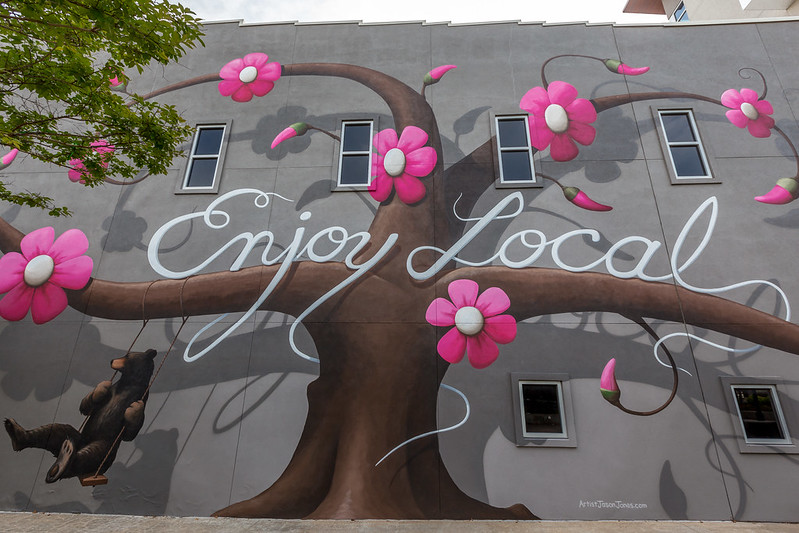 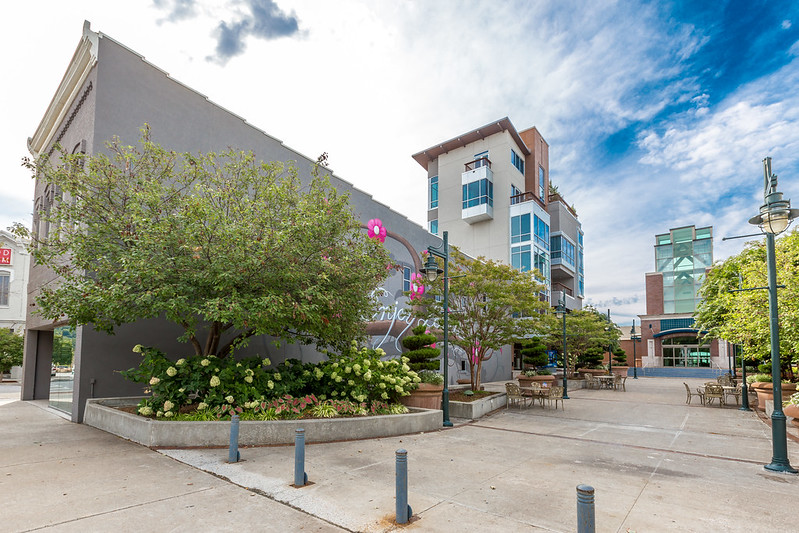