Twenty years ago Andy Sparks opened a homebrew shop in Fayetteville – a town devoid of flavorful beer options. Back then you had to brew an IPA if you wanted to enjoy a hop-forward beer. Bud, Miller, and Coors dominated stores and tap handles. You couldn’t buy the good stuff – you had to make it yourself. This Saturday the brewing community will celebrate The Home Brewery’s 20th anniversary with a full day of events. Things kick off with live music, refreshments, and brewing demonstrations at the store – located at 455 E. Township St. – from 10:30 a.m. to 3 p.m. The festivities will continue that night with a party at Fossil Cove from 7-10 p.m.

Things have changed dramatically since Sparks first started selling small quantities of malt, hops, and yeast to area homebrewers. Making beer at home has exploded in popularity, and the craft beer options in stores seem endless. Perhaps most importantly to those that care, Northwest Arkansas has developed a brewing industry of its very own.

Last year two University of Arkansas journalism students made a film highlighting the popularity of homebrewing and craft beer in the area. Many of the professional brewers interviewed for Tapping the Ozarks pointed to their experiences as homebrewers as the inspiration for their chosen career paths.

“My roots in brewing start in homebrewing,” said Fossil Cove Brewing Co. owner and brewmaster Ben Mills. “So without homebrewing I don’t know that this would exist.”

Jesse Core of Core Brewing and Distilling didn’t beat around the bush when giving credit for the area’s brewing momentum.

“We as brewers need to be very appreciate of what Andy Sparks has done,” he said. “Andy, in a lot of ways, is the father of this brewing movement because he’s been teaching brewers [for many years].”

It’s easy to see that Sparks has been a big influence on amateur and professional brewers alike. But how exactly did he discover the hobby himself?

From new hobby to store owner 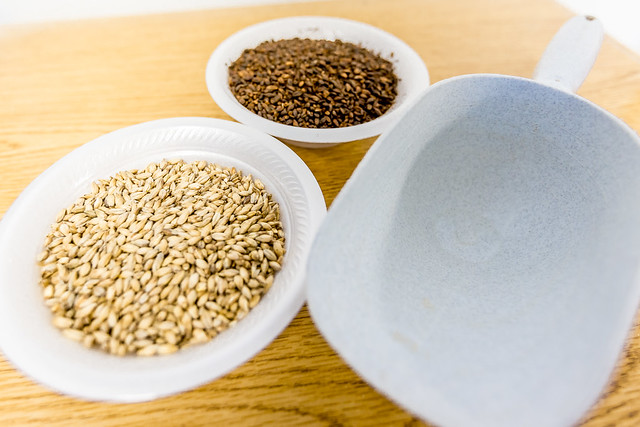 “When I graduated from college a friend gave me [Charlie] Papazian’s book The Complete Joy of Homebrewing,” said Sparks. “I read that book cover-to-cover for about a year before I decided to take the plunge.”

Unfortunately for Sparks there wasn’t a local source for homebrewing ingredients in Northwest Arkansas. He lucked out when his employer sent him on the road for a work assignment. There he found the ingredients he needed to brew a batch of beer, transporting them back home in his luggage.

The honey lager turned out pretty good, and his next batch was just as enjoyable. And just like that Sparks was officially in love with homebrewing.

With his newfound zeal for the hobby he started looking for an ingredient supplier. That’s when he stumbled on a little shop outside Branson, Missouri called The Home Brewery. Ingredients could be purchased by mail order and shipped directly to Sparks’ home in Fayetteville. Brewing Step 2: Malt sugars are boiled with hops for bittering and flavoring.

It wasn’t long before he started thinking about opening a shop of his own. He again looked to that little store in Missouri for assistance.

“The owner’s philosophy was to encourage people to start their own shops across the country,” said Sparks. “I called him one day and said I was thinking about opening one right here in Fayetteville.”

The Home Brewery officially opened in Colt Square in 1995. Sparks and partner Steve Foley purchased inventory from the parent store in Missouri and made it available on a local basis to Northwest Arkansas homebrewers.

“It was easy to start,” recalled Sparks. “Rent was cheaper back then. But it was slow at first. There were Saturdays where we would spend most of our day making our lunch on a smoker we kept at the shop. And we would brew a lot in those days. We can’t do that now because of the customer traffic we get on a typical Saturday.”

Back then the hobby was primarily spread through word of mouth. Craft beer was not yet in the mainstream, and homebrewers were typically recruited by friends who were already brewing at home. Club sprouted up to socialize brewing among link-minded individuals. The Fayetteville Lovers of Pure Suds (or FLOPS for short) was started just a year before The Home Brewery opened its doors. The club is still very active, meeting monthly at Apple Blossom Brewing Company. 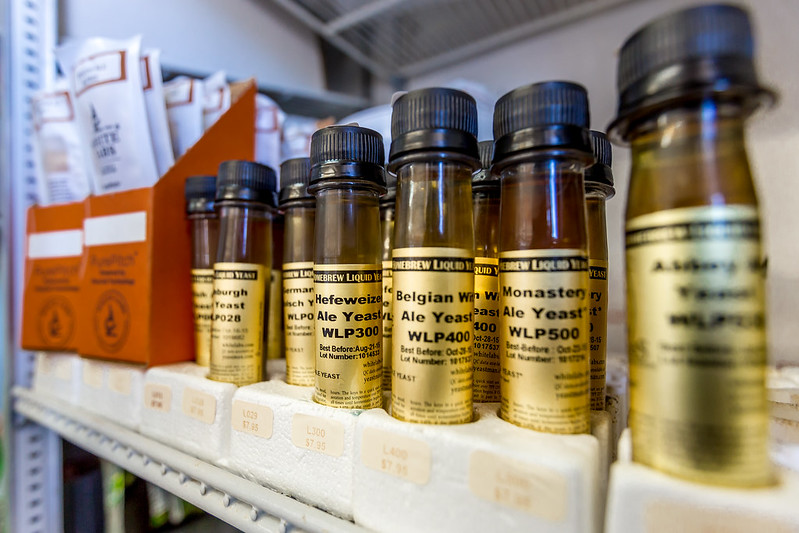 Sparks said people are much more engaged with craft beer now. The internet has provided a 24/7 forum for people to discuss their favorite beers, and brewery tourism is at an all-time high.

“A lot of people are very passionate about beer,” he said. “But there are still a select few who really enjoy making it themselves.”

Sparks compared homebrewing to the recent foodie movement. Paying attention to ingredients and showing creativity in recipes are hallmarks of both. Cooking or brewing from scratch is appealing to many, though some would prefer to forgo that part of the process and just purchase the finished good.

Though many new brewers experience what Sparks described as “beginner’s luck,” the process can be long and arduous. If a new brewer isn’t keen on hard work, he probably won’t make a long-term commitment to the hobby.

“For a lot of people there’s more work than they really want,” said Sparks. “You better enjoy washing stuff because that’s what brewers do most of the time. They’re constantly cleaning and sanitizing equipment.”

Eventually the owner of The Home Brewery’s parent store in Missouri decided to retire. Ingredient kits – which were originally assembled there and shipped to franchisees – became the individual stores’ responsibility. The need for more inventory space led Sparks to move his store to its current location at 455 E. Township St. 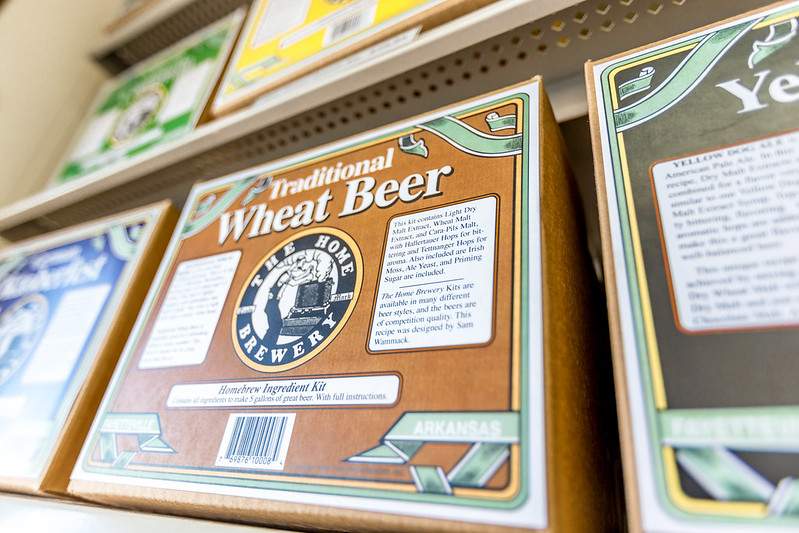 The shop also sells pre-packaged recipe kits with everything needed to brew a 5-gallon batch of beer.

When original partner Steve Foley decided to move on, Sparks stayed committed to the store, reaping many benefits along the way. He has become – as pointed out by Jesse Core in Tapping the Ozarks – the face of brewing in Northwest Arkansas. Quite simply, if you are into good beer and live in Northwest Arkansas, you have probably met Sparks at some point in time. At the very least you know who he is.

“I’m recognized as the beer guy now,” said Sparks. “And of course I got James Spencer [of Basic Brewing Radio] involved in the hobby. That was a great move because I’ve been able to travel all over the country with him working on the podcast.”

Just as it is with Spencer, Sparks is recognized far and wide – not just here in NWA. Along with Basic Brewing Radio contributor Steve Wilkes, the three are deeply entrenched in the global homebrewing community. Thousands of people have learned the tricks of the trade by listening to (and watching) their podcasts.

For the love of homebrewing

It’s reasonable to think that we wouldn’t have as many great options in craft beer if homebrewers didn’t keep the flame burning during the era of mass-produced light lagers. Fortunately, a hobby born out of necessity became the spark for an industry that is currently hotter than the sun. 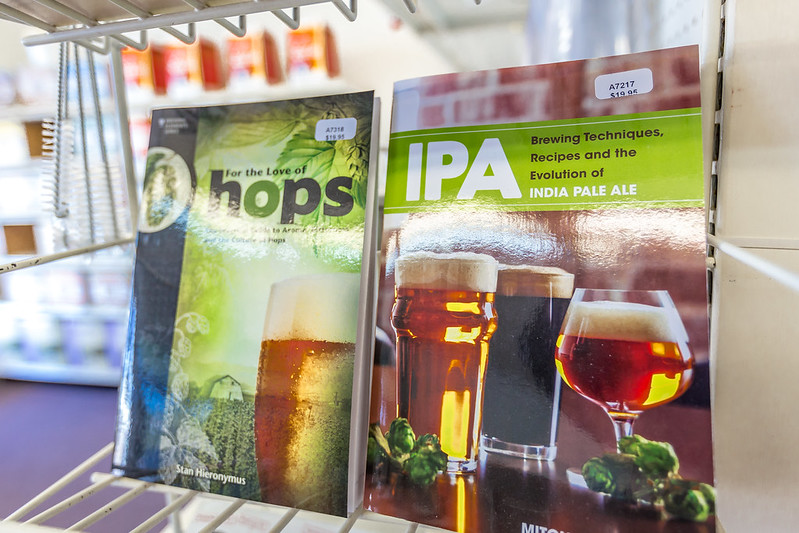 A variety of books are available including “IPA” by Mitch Steele, brewmaster for Stone Brewing Co.

Many of the world’s great brewers started at home. Virtually anyone working in the industry today will tell you that he fell in love with brewing while making small batches for himself.

And it’s a safe bet that the majority of homebrewers have fantasized about doing it for a living.

But the hobby doesn’t have to turn into something bigger than just that – a hobby. According to the American Homebrewers Association there are approximately 1.2 million people across the country who are quite happy with their amateur status.

Why is the hobby so popular these days?

“It’s one of the most relaxing things you can do,” Sparks told me. “Sitting out there [in the garage] and listening to the brew pot boil, smelling the smells that mean beer is being made. It’s really awesome.”

It can be intimidating to get into the hobby. There are a lot of intricacies to making good beer. Fortunately most homebrewers are more than willing to share their experiences, both good and bad (we learn as much from the goof-ups as we do the success stories).

Andy Sparks and The Home Brewery are front and center with that approach, as evidenced by a local beer culture that has grown by leaps and bounds under his watch.

Saturday’s celebration at The Home Brewery is open to the public. Tickets to the party at Fossil Cove can be purchased at the brewery or at the store. Come out and congratulate Sparks on 20 years of service to the local brewing community.