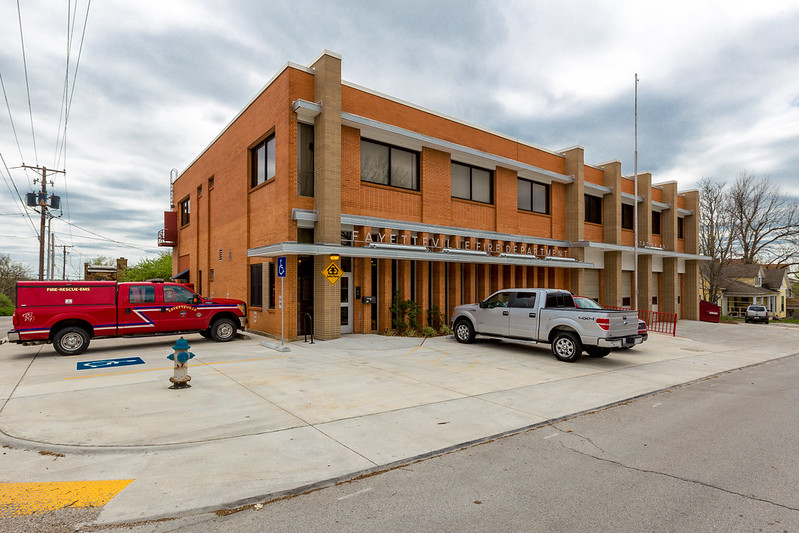 Aldermen in Fayetteville are considering a property tax increase that would pay for 19 new or unfilled positions in the Police and Fire departments.

The proposed 1-mill property tax increase would also cover salaries for one additional employee each in the Budget and Information Management Division, Building Safety Division, Parks and Recreation Department, and the prosecutor’s office.

Paul Becker, the city’s finance director, said the proposal calls for an increase from 3.1 mills to 4.1 mills, which would equal about $33 per year for the owner of a $150,000 house.

The increase, Becker said, would provide nearly $1.4 million in new revenue for the 23 positions, some of which are long overdue.

Fire Chief David Dayringer said it’s been almost a decade since new firefighters were hired, despite a population increase of nearly 14 percent. That mismatch has led to several issues which need to be addressed, he said.

Dayringer said a 47 percent increase in emergency call volume from 2004 to 2014 has led to a decrease in response times across the city. In 2004, firefighters responded to 70 percent of calls for help within six minutes or less – an industry standard based on the probability of saving lives and property. That number has since decreased to 62 percent, Dayringer said.

“We’re not saving as many people as we once did,” Dayringer said.

If the tax hike is approved, the Police Department would hire seven new police officers and would re-open one unfilled (or “frozen”) dispatcher position. Six of the officers would comprise a new beat, and the other officer would join the motorcycle crew to handle traffic stops and wrecks.

In the Fire Department, nine new firefighters would be hired and two positions – a battalion chief and a firefighter – would be unfrozen. The new, 11-member company would be added to Fire Station No. 1 in downtown Fayetteville, which would free up personnel needed at Station No. 6 on the west side of town.

John La Tour was the only alderman to speak against the tax increase during Tuesday night’s City Council meeting.

La Tour said he was worried that city staff might be saying that the tax increase will be used for public safety positions, but will later work to move that money into other departments.

“I don’t want us to be playing smoke and mirrors here,” said La Tour.

Council members Adella Gray and Alan Long said only aldermen can make decisions about how to spend millage revenue, and the City Council doesn’t have a history of abusing citizens’ trust when it comes to property tax revenue.

Alderman Matthew Petty agreed, and said the council would be committing “political suicide by baiting and switching the public with a vote for new taxes for police and firemen and then doing something else with them.”

La Tour said he wished the Police and Fire departments could have their own separate millage to ensure the money is never used for anything other than public safety, but Becker said cities in Arkansas are not authorized to pass property taxes specifically dedicated to paying salaries for police officers and firefighters.

Aldermen agreed to leave the proposal on the first reading. The group will continue the discussion at the next City Council meeting on Oct. 6.