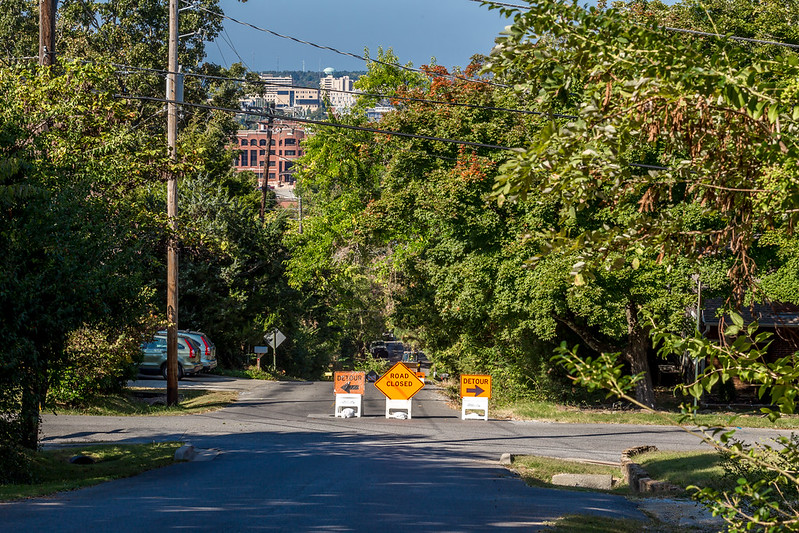 A long-awaited sidewalk construction project is under way along East Dickson Street in Fayetteville.

Crews with the city’s Transportation Division began preliminary work this week on a new sidewalk on Dickson between Willow and Fletcher avenues. The project is expected to last through December, according to a news release. The work includes construction of a five-foot wide sidewalk, storm drainage improvements, and a curb along the south side of East Dickson Street.

Construction will require road closures during typical work hours from 7 a.m. to 4 p.m. Monday through Friday. Staff said occasional Saturday closures or extended weekday hours may be necessary. Detour routes will be marked.

The project was approved in January as part of a plan to build nearly 10,000 feet of sidewalks in Fayetteville this year. It was originally part of the 2013-14 sidewalk plan, but was shifted to 2015 to coincide with planned overlay work on East Dickson Street.

For more information about the project, contact the Transportation Division office at 479-575-8228.