Halloween doesn’t always fall on a Saturday night. That happens in 2015, however, so expect this one to be extra wild and spooky. Here are seven ways to spend your Halloween weekend this year in Northwest Arkansas. Basically, you’ll want to wear your costume for about 72 hours straight.

There are no shortage of costume parties in the area, and the Flyer’s list of events from late last week – you saw it, right? – does a great job rounding them up. We’re told this year’s Beat Bachs Halloween Dance Party will be one for the record books. Another option to consider is the Halloween in the Hollow event at Crystal Bridges Museum of American Art. Open to both Artinfusion members – that’s the museum’s young professionals group – and guests, attendees can enter costume parties all while listening to music by Queen cover band Magnifico. If you don’t have a specific plan (or don’t want one), walk up and down Dickson Street for a while. It’s the epicenter of nightlife in the region, Halloween night included. During the game, it should be family friendly. After about 6 p.m., however, it’s going to be rowdy. Costumed folks will parade around the street all night, and it’s the prime people- (and ghoul- and monster- and whatever- ) watching spot. If you want a little bit more guided route down the street, try the pub crawl that launches at 7 p.m. from Jose’s. Many of the bars on Dickson Street have costume contests, so look for some opportunities there, too.

Fayetteville clubs and bars often fill themselves with live music, and that doesn’t change on Halloween weekend. The Good Fear returns with the Six Tom Petties show, featuring, as you might guess, six Tom Petty lookalikes playing a full Tom Petty set. Other bands on stage Friday night at Smoke & Barrel Tavern are The Airplanes playing as Weezer and Teenagers as The Cars. I think that’s just what you needed. Other options include a blowout with Andy Frasco at George’s Majestic Lounge. Frasco is a staple at George’s, but he’s consistently performing to larger crowds, including a set at Bikes, Blues & BBQ earlier this fall. 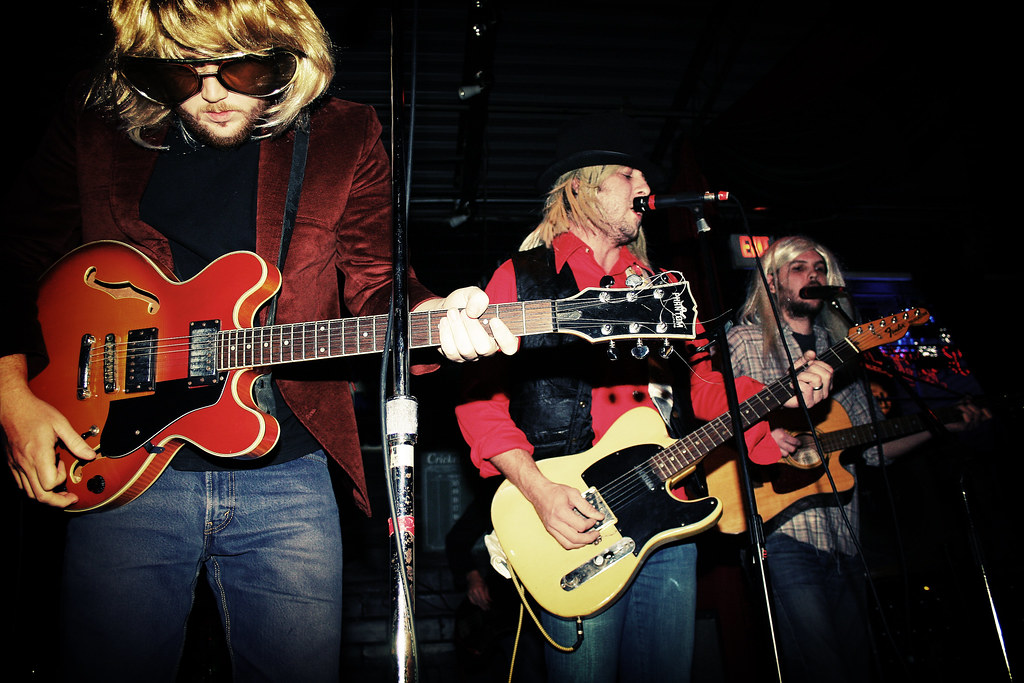 Go on a costume run

It’s fun to run. It’s perhaps even more fun to run while wearing a costume. Just wait until you get smoked by a guy in chicken costume – it happens. There are several Halloween runs in the area. A Monster Dash 5K starts at 5:15 p.m. Oct. 30 with a start and finish line at the intersection of Church Avenue and Center Street in downtown Fayetteville. Prizes are awarded, and there’s a pet division, too. Another option is the one-mile Glow in the Park run, which takes place at 6:30 p.m. Oct. 30. It’s $20 for the run and a screening of “Hocus Pocus” or $5 for the movie only. A little farther to the north, the Bentonville Running Series presents the Goblin 5K at 7:30 a.m. Oct. 31, departing from the Downtown Activity Center on SW A Street.

Get scared at a haunted house

The Expelled Haunted House in Huntsville operates inside an abandoned slaughterhouse. Really. Another scary scenario with an exotic location is the Haunted House inside the Spanish Treasure Cave near Sulphur Springs. Nwahauntours.com is a good resource for other options. You want an excuse to go out, right? And dress up? The University of Arkansas’ football game might provide just the opportunity. You think there’s a lot of face paint on a normal game week? Just wait until Halloween day. The Razorbacks play Tennesee-Martin at 3 p.m. at Donald W. Reynolds Razorback Stadium, and you might want your costume to be on the warm side, considering the weather forecast indicates chances of cool temperatures and rain. It’s potentially inexpensive, too – StubHub.com had tickets starting at $6 at last check.

Treat yourself to some treats. Or your children to treats. They’ll probably get more goodies than you will, anyway. You can actually make quite the cycle of it, too. Hit Trick or Treat on the Square first on Friday night, then swing by the Arkansas Missouri Railroad depot on Emma Avenue in Springdale. They’ll have a trick-or-treating event from 6:30-9:30 p.m. Oct. 30 with a haunted train. Lastly, stop by Mall-o-Ween at the Northwest Arkansas Mall from 6-8 p.m. Oct. 31, where there are treats while supplies last and costume contests. 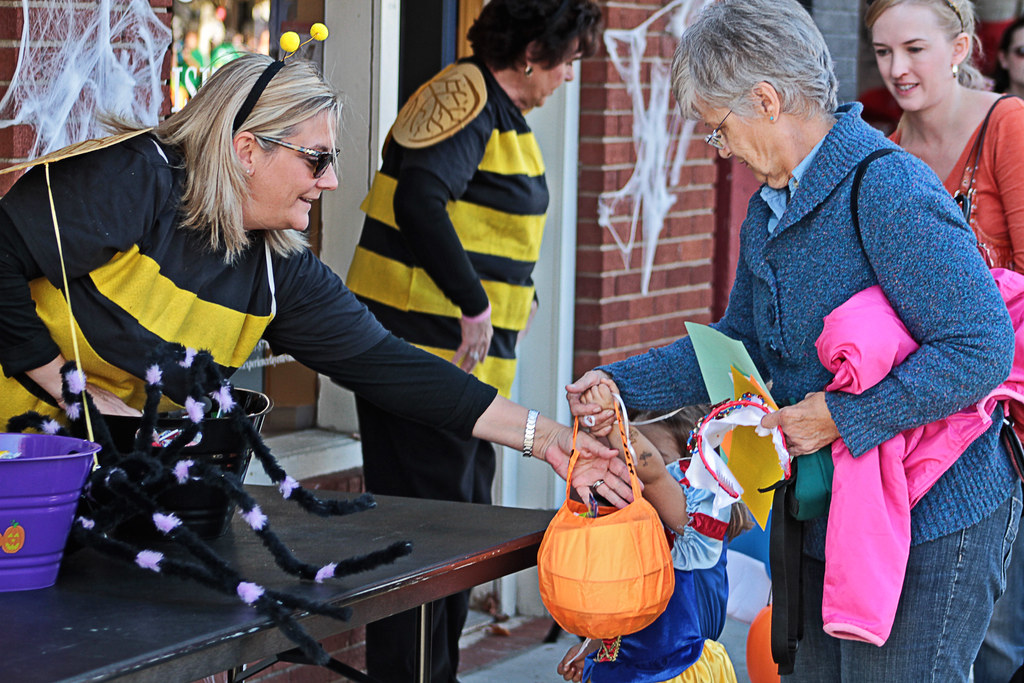 Trick or Treat on the Square / Flyer file photo