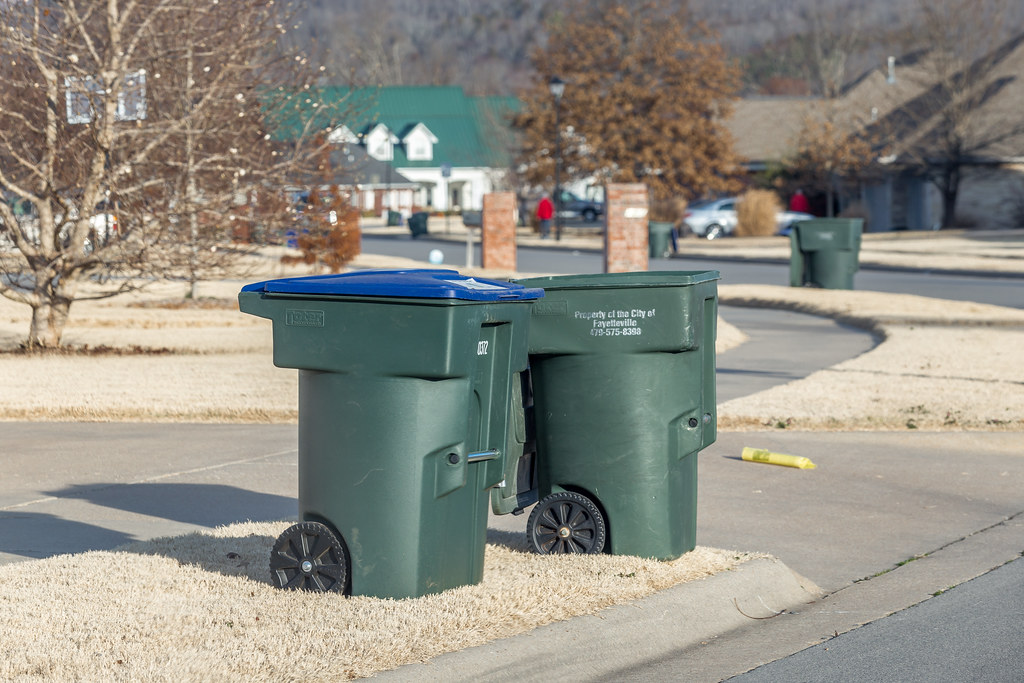 Residents on South River Meadows Drive were some of about 800 residents who were given 64-gallon carts with alternate blue lids as part of a three-month-long pilot project to test the idea of single-stream recycling in Fayetteville.

Two temporary pilot programs are underway in Fayetteville as part of a study to determine how the city can dramatically increase the amount of waste it recycles.

Results of the two programs will be factored into a plan being developed by Kessler Consulting which will offer city officials information on what it would take to increase Fayetteville’s trash diversion rate from 18 percent to 80 percent by the year 2025.

Quadrupling recycled waste is an ambitious goal that the consultants have said will require fundamental changes in the city’s approach to recycling.

Part of Kessler’s plan is to study the effectiveness of collecting commercial food waste around town and experimenting with ways to make recycling more convenient for residents. 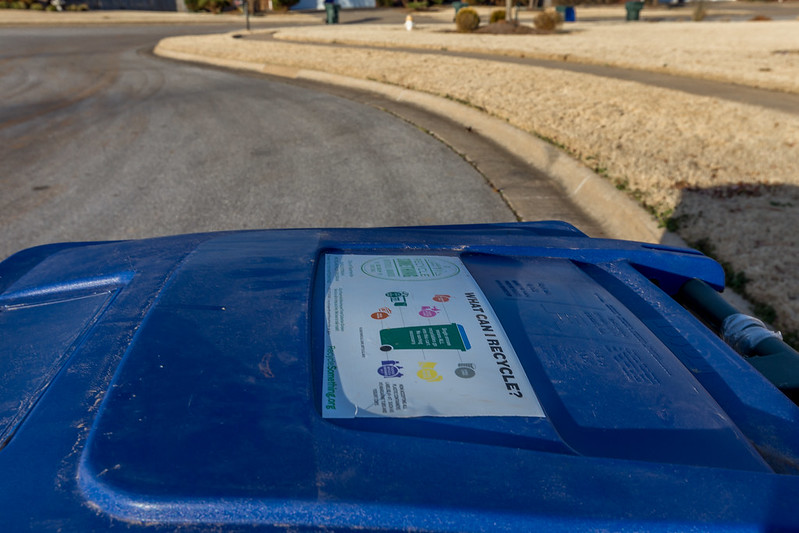 Single-stream pilot carts include instructions on which items can be recycled through the three-month program.

The project uses a style of composting called “Modified Static Aerobic Composting” which uses specialty enzymes provided by the company Harvest Quest. The results of the four- to six-week program will be used to determine the feasibility of a citywide food waste composting program.

Under the system, residents place all of their recyclable materials into a single container similar to the trash carts used in Fayetteville. Participants were given a 64-gallon cart with an alternate blue lid, along with a sticker with instructions on what is currently being accepted. Instead of sorting the recyclables at the curb, city employees simply toss all the material into a truck to be sorted at a central recovery facility. Items accepted during the pilot program include aluminum cans, glass bottles and jars, cardboard, paperboard, newspapers, mixed paper, steel cans, and any plastic containers labeled #1 through #7.

The single-stream pilot, which runs through mid-May, also includes participants at two apartment complexes in Fayetteville. To sort materials, the city has partnered with Harmon Recycling who will report back with data on the amounts, values and end markets for the materials collected as well as the contamination rate.

For more information about the projects, visit fayetteville-ar.gov/RecyclingMasterPlan.