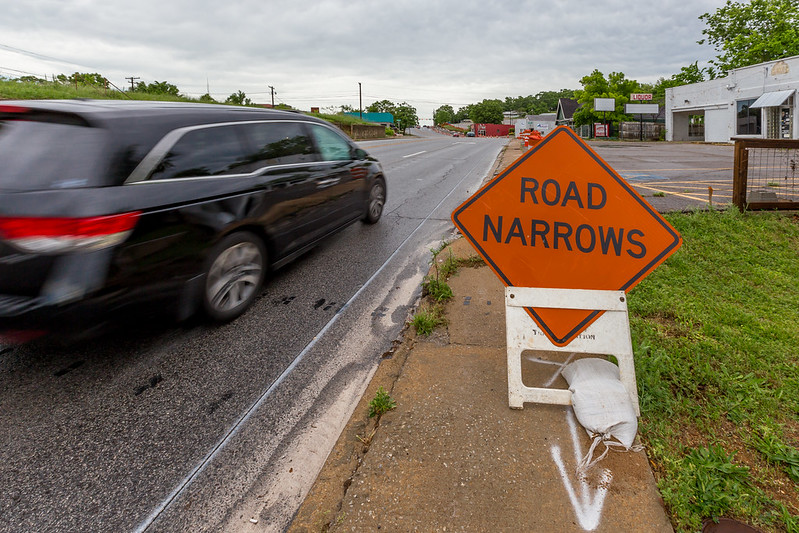 Crews moved south this month after completing much of the first segment of construction on the College Avenue Improvement Project.

The work, which includes a full redesign of the half-mile stretch of College Avenue between Maple and North streets, is expected to last about nine months.

Similar to improvements made south of Maple Street, the work includes building new, 10-foot sidewalks with lighting and street trees, replacement of the curbs and gutters, and burial of many existing overhead power lines.

A pedestrian crossing near East Rebecca Street and Trenton Boulevard will be included if permitted by the Arkansas Highway and Transportation Department.

The work started on the east side of College near the intersection of North Street. Crews are now focusing on the area between East Baxter Lane and East Prospect Street.

Northbound traffic on College will be reduced to one lane from 6 a.m. to 3 p.m. on weekdays, with work hours possibly extended during the summer months. Drivers can expect traffic delays during work hours and should consider taking alternate routes.