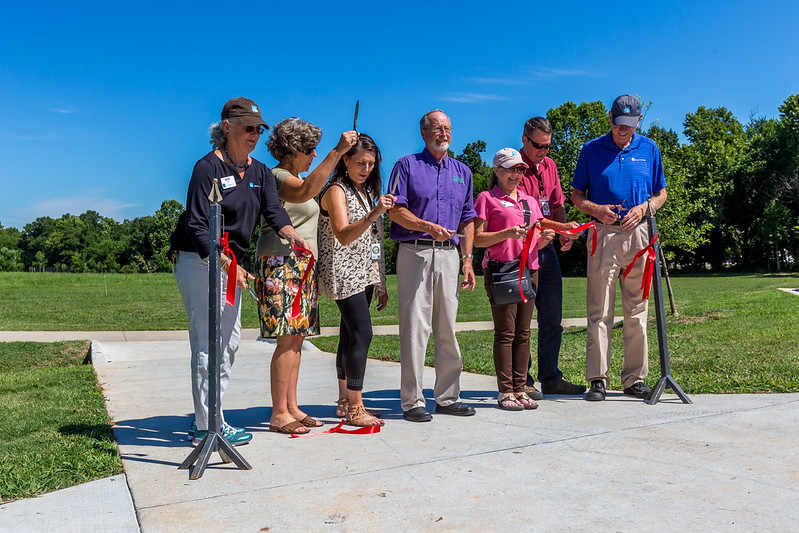 City officials celebrated the completion of a new Lake Fayetteville Park trailhead during a ribbon-cutting ceremony held Tuesday morning on the east side of the lake.

The new area, located directly south of the Botanical Garden of the Ozarks on Crossover Road, includes 40 automobile parking spaces, two motorcycle spaces, and a set of bicycle racks. Also unveiled Tuesday was a new trailside hydration station installed as part of a partnership with Beaver Water District. The station includes a water fountain, a bottle filling tap, and a ground-level drinking bowl for pets.

Fayetteville Mayor Lioneld Jordan spoke during the ceremony and called the parking area an example of “smart design” that isn’t often seen.

“It was designed as a low-impact development facility,” he said, adding that the surface allows drainage from the asphalt lot to collect in a central bio-swale. “The bio-swale can hold a large volume of rainwater which will infiltrate and be absorbed by the soil.”

Jordan said inland sea oats were planted in the spaces between the asphalt surface which are expected to provide a thick cover of vegetation once fully established. Trees and native shrubs are also being added throughout the area and along the streetside. 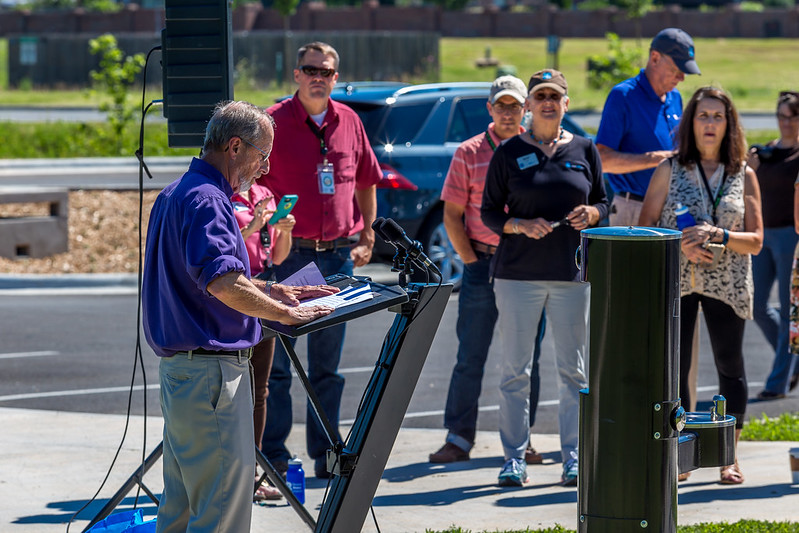 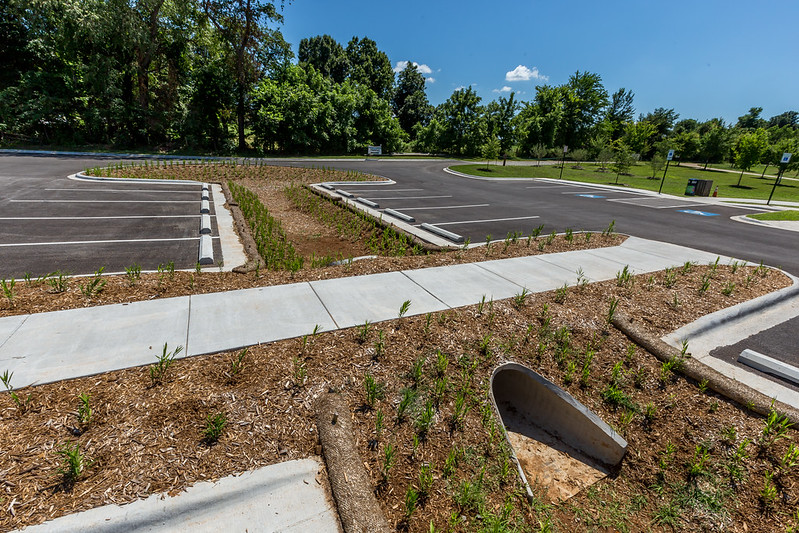 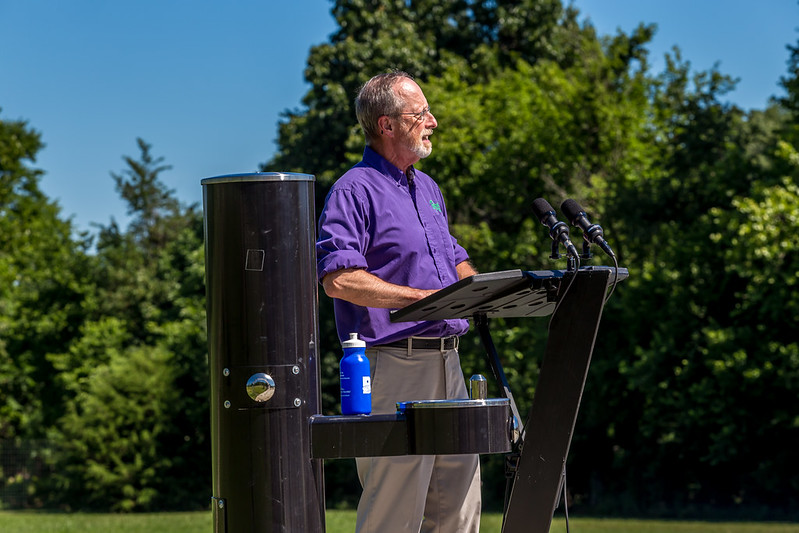 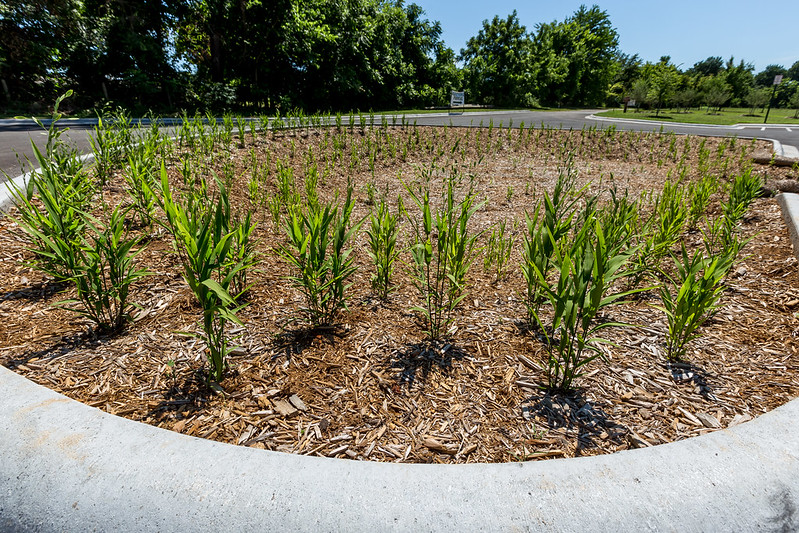 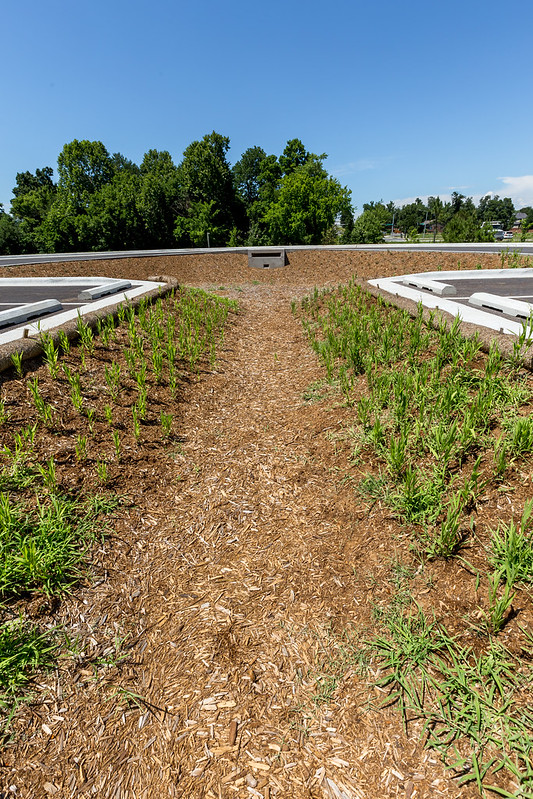 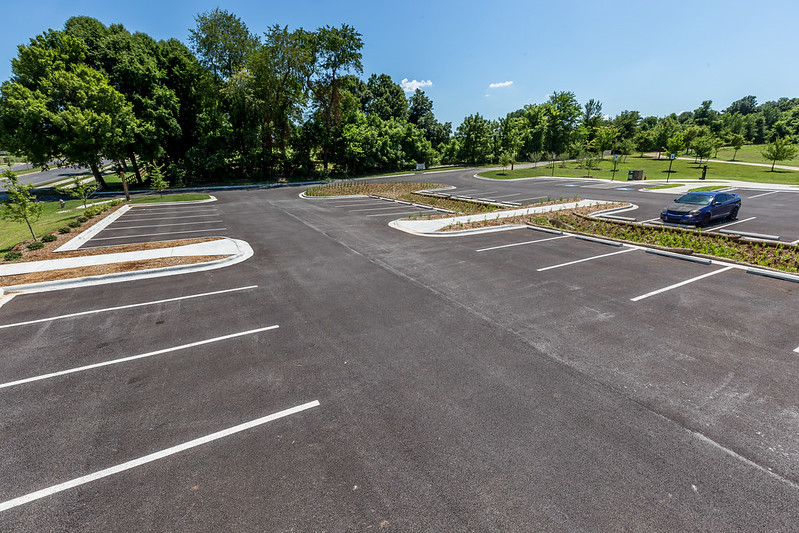 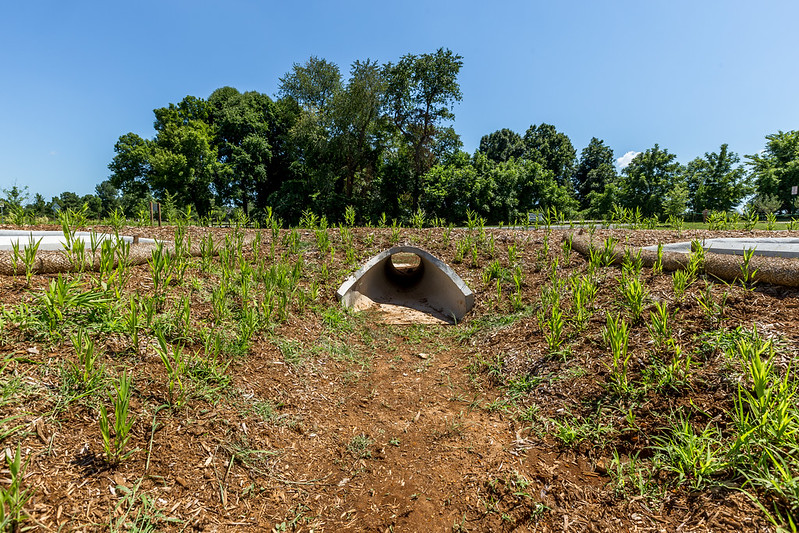 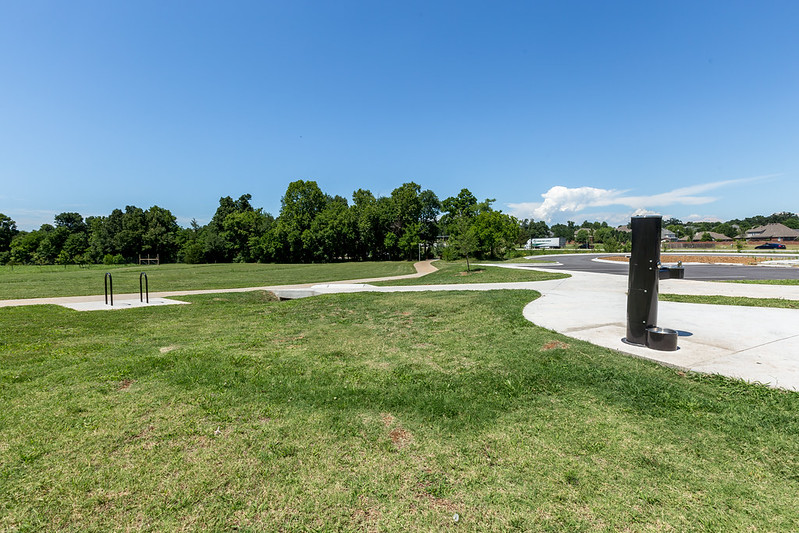 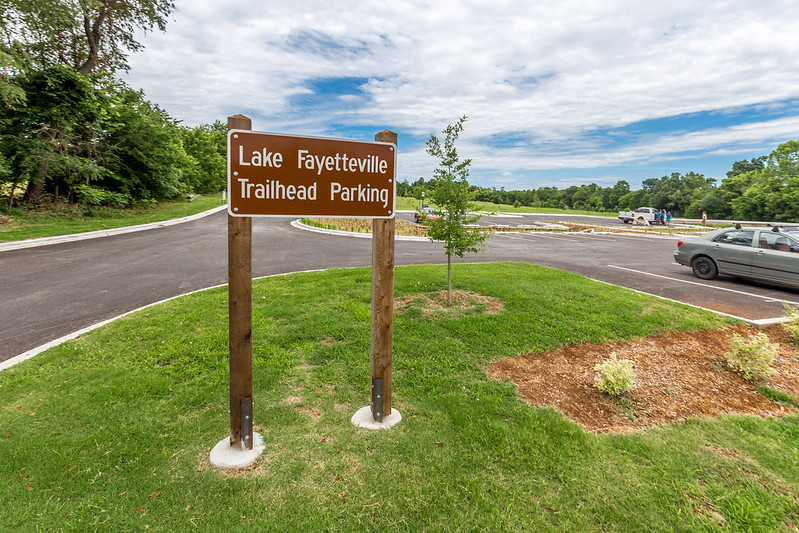 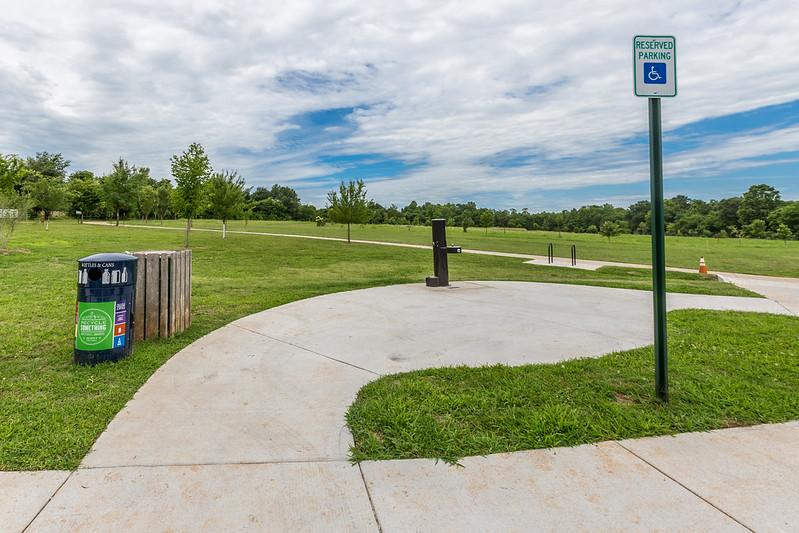 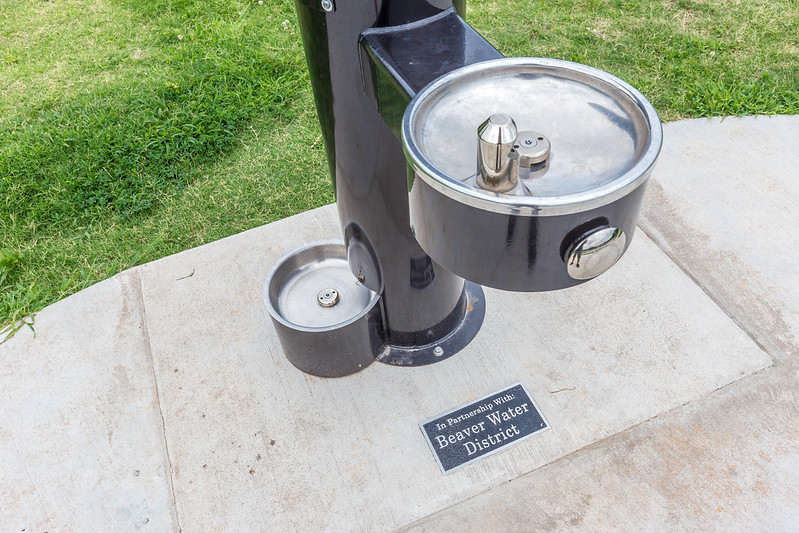