It’s a new year, and that means it’s time for an update on local restaurant happenings.

Here’s what we know about some places that have opened, closed, or plan to open soon in Fayetteville. 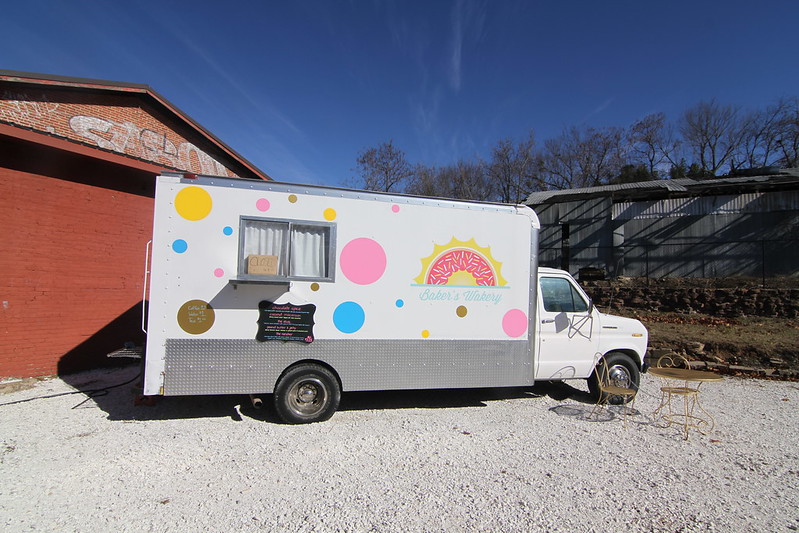 Baker’s Wakery specializes in baked (not fried) donuts, and according to their Facebook page, often utilize fruits and vegetables in their recipes for “a more nutritionally dense breakfast.”

The owners celebrated their grand opening last weekend, and will be open Monday, Wednesday, and Friday from 7 a.m. to 11 a.m., and from 8 a.m. until noon on Saturday, for now. 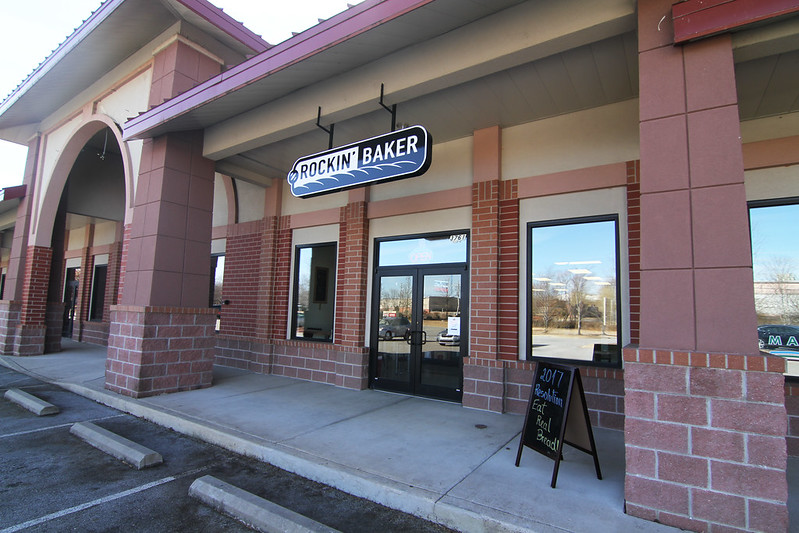 A bakery opened in the shopping center next to Phat Tire Bike Shop just off of Mud Creek Trail not too long ago.

Rockin’ Baker is located at 3761 N. Mall Ave. The restaurant is a “European-style” bakery, and according to its website, also operates the Rockin’ Baker Academy with a mission to “enable self-sufficiency through job skills training.” 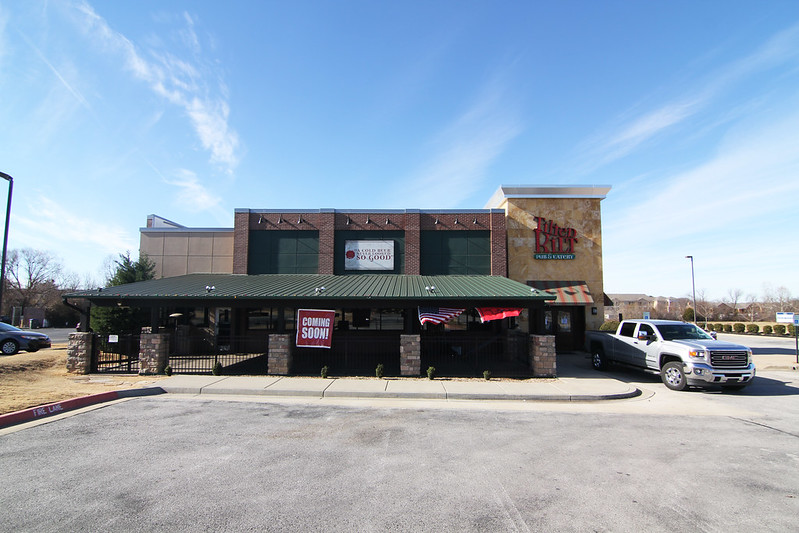 The closure was announced via a sign posted on the door.

“Tilted Kilt is currently closed and preparing for renovations for a new concept. Sorry for the inconvenience, and thank you for your patronage,” the sign stated.

There has been activity at the location since then, though we haven’t been able to track down info on what’s next for the building at 3619 N. Mall Ave. There’s even a “coming soon” banner now hanging on the patio. 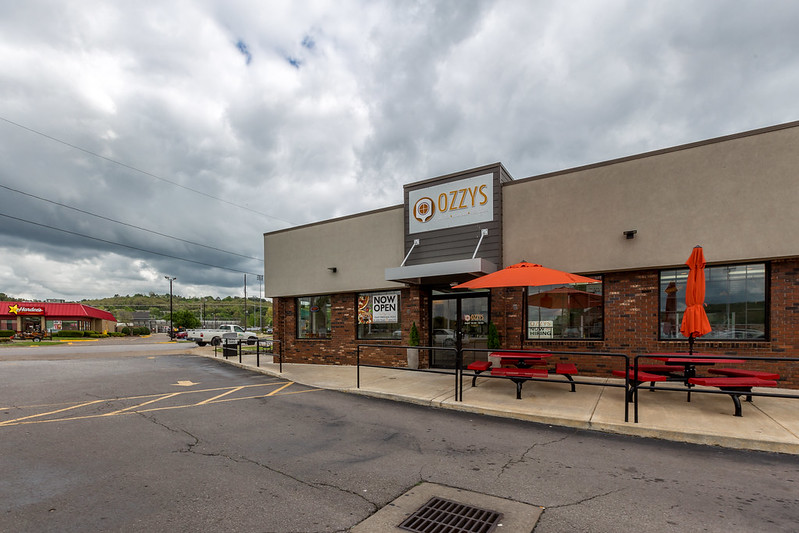 The restaurant, located at 2117 Martin Luther King Jr. Blvd. in the same building as Starbucks, was open for less than a year.

A new place called Meez & Kini is in the works for the space, though we don’t know much about that one yet. We’ll keep our eyes peeled for more info. 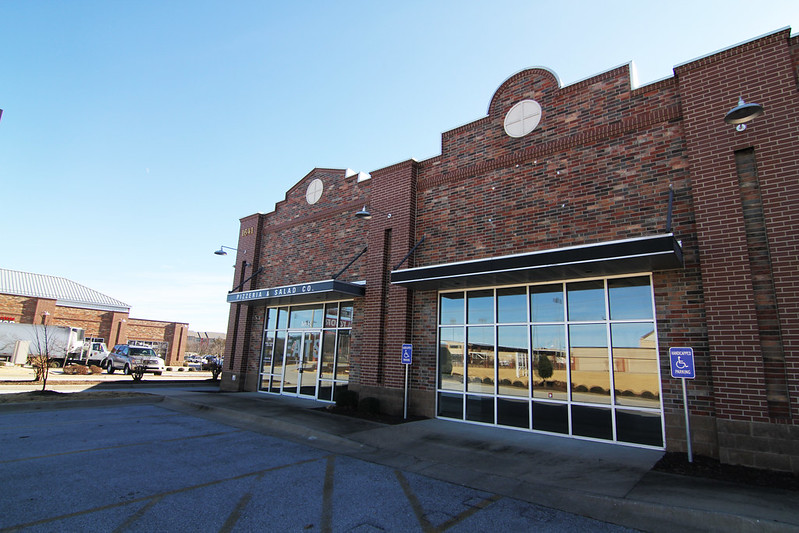 The restaurant is best known for its oversized donuts with off-the-wall toppings, and has expanded rapidly after opening its original location just three years ago.

Hurts will be located at 1641 W. 15th St., in the University Village Centre across from Baum Stadium. 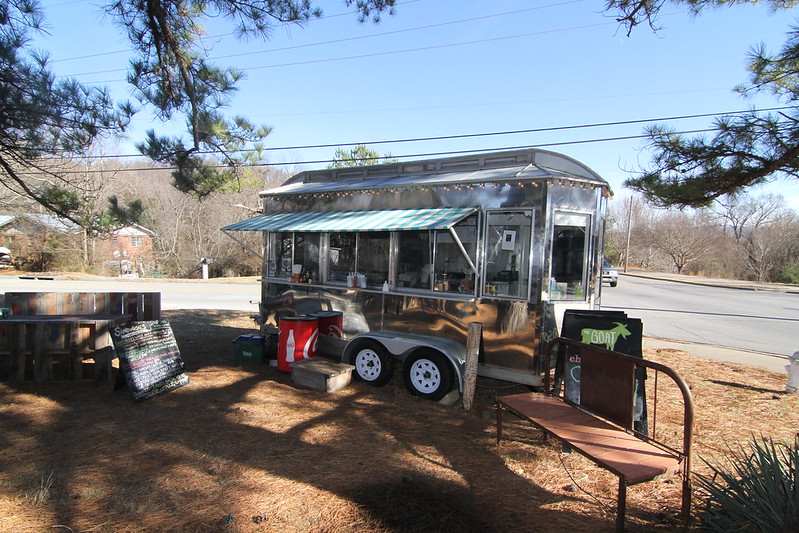 This one’s in south Fayetteville at 583 Wood St., in what she hopes will become a new food truck court called “The Goat Pen” to serve the neighborhood.

The restaurant serves breakfast items like chicken biscuits, bacon egg and cheese biscuits, biscuits and gravy, empanadas, and more, along with a lunch menu of sandwiches, soups, and other “down home” items. 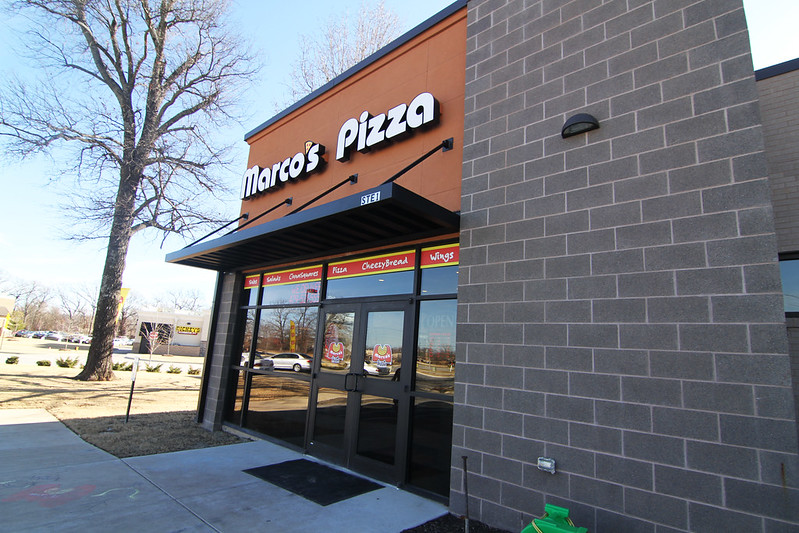 According to a press release issued by the company last month, Marco’s is “the nation’s fastest-growing pizza franchise and the only chain founded by a native Italian.” There are currently 700 locations, and the owners plan to have 1,000 by next year. 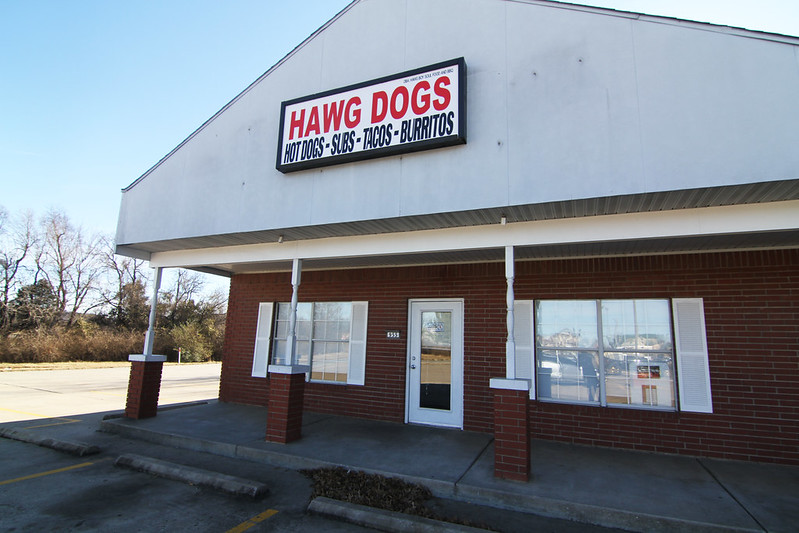 According to their Facebook page, the restaurant specializes in a variety of hot dogs with various toppings. 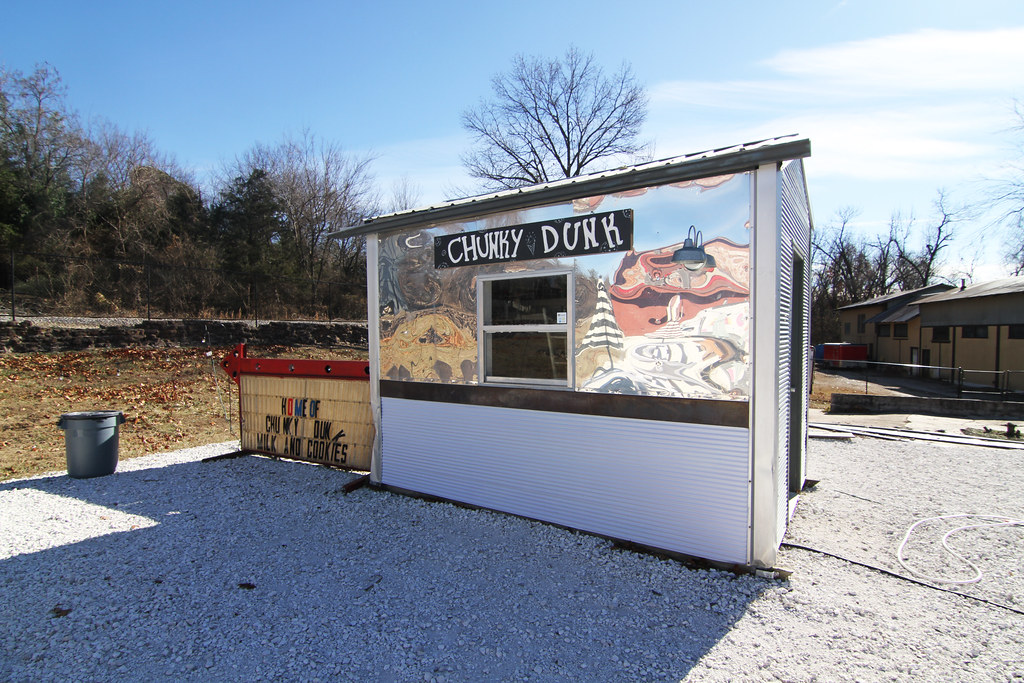 While we were checking out Baker’s Wakery, we realized we’ve never given an update on the relocation of Chunky Dunk, the dessert truck formerly located on Block Avenue.

The shop has re-opened in the food truck court behind Fayetteville’s Funky Yardsale, along with Baker’s Wakery and Natural State Sandwiches.

Several Damgoode Brews are now on tap at Damgoode Pies! Try them all!

The best martinis in Fayetteville are just $5 every Thursday at Wasabi!

Need brunch? Bordinos serves an amazing one every Saturday and Sunday from 10 a.m. – 2 p.m.

Now you can order pizza online from any Eureka Pizza location! Check out how easy it is.

Grub’s has a brand new catering menu! Order now for your next get-together.

Looking for a place to watch the Hogs take on the Cats this weekend? Farrell’s Lounge is the place!

Mondays are burger days at Foghorn’s! Get a great burger w/ a side for just $6.99.

Got folks to feed this week? Pick up a Fiesta Pack of build-your-own tacos from Flying Burrito Co!

There is a cure for the wintertime blues. It’s beer cheese soup from Hugo’s.

Sunday suppers at Greenhouse Grille are the only way to end the weekend. Half price wine and $4 local beers all night!

Saturdays are for wings! Get the best smoked wings in Fayetteville for just 79¢ every Saturday at Lucky Luke’s!

Now you can have delicious Little Bread Co. coffee at home. Pick up a 12 oz bag of Mountain Bird Coffee at the restaurant!

Some of the best tacos in town are on the menu at Sassy’s BBQ & Grille. Try them on Taco Tuesday!

Penguin Ed’s has a great selection of fresh salads to choose from!

There are lots of big games coming up, and Slim Chickens has come up with some “better ways to gameday” tips!

Gather some friends around a hand-crafted, wood-fired Wood Stone Pizza!