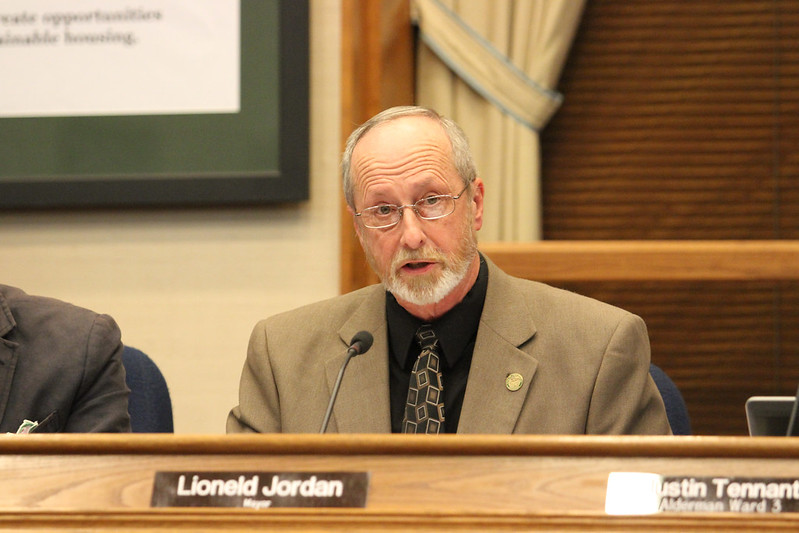 Fayetteville Mayor Lioneld Jordan has joined a group of governors and over 280 other mayors across the country who promised to continue to honor the goals of the Paris climate accord following President Donald Trump’s announcement Thursday that the United States was withdrawing from the agreement.

“Climate change poses a very serious threat, but also a significant economic opportunity for our City and our nation,” said Jordan. “Fayetteville is committed to working with leaders of other cities, states, universities, and businesses to combat climate change by supporting a low-carbon economy and creating good jobs in energy efficiency and renewable energy.”

Also following Trump’s decision, governors in California, New York and Washington announced the creation of the United States Climate Alliance, a coalition that will convene U.S. states committed to upholding the Paris accord.

“The White House’s reckless decision to withdraw from the Paris Climate Agreement has devastating repercussions not only for the United States, but for our planet.,” said New York Governor Andrew Cuomo, who signed an executive order confirming his state’s leadership role in taking aggressive action on climate change.

“The president has already said climate change is a hoax, which is the exact opposite of virtually all scientific and worldwide opinion,” said California Governor Edmund Brown Jr. “If the President is going to be AWOL in this profoundly important human endeavor, then California and other states will step up.”