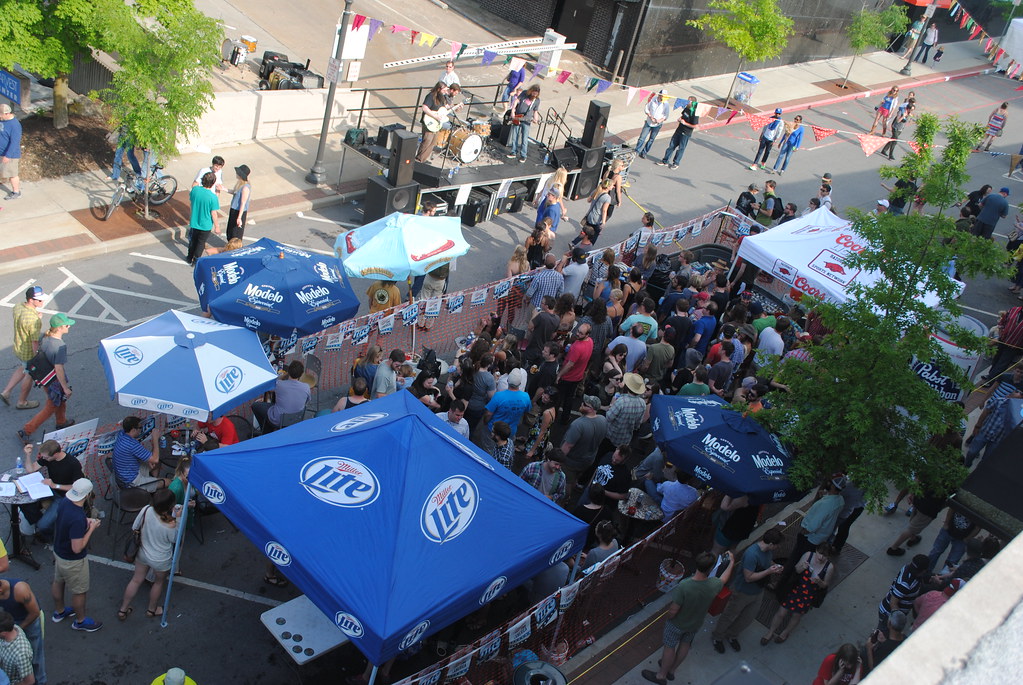 Fayetteville officials have invited bar and restaurant owners to participate in a discussion about the city’s proposal to allow public alcohol consumption during special events.

City Council members last week left the proposal on the first reading. The new law would establish rules and boundaries where residents could drink alcohol at special events and festivals without having to stay inside a fenced-in beer garden.

The move is in response to Act 812, a new Arkansas law that allows municipalities to create designated entertainment districts inside commercial areas that are exempt from state laws that prohibit public alcohol consumption.

Under the proposal, open containers would be restricted to streets that are closed to traffic, like when Dickson Street is blocked off for a festival or parade. Alcohol would be allowed at longstanding special events, including the Saturday Farmers’ Market, First Thursday and Lights of the Ozarks. Other conditions include a rule that only allows alcoholic drinks inside a compostable or reusable cup. People would only be allowed to have one drink at a time, and containers would be limited to 16 ounces or less. Drinks from one bar couldn’t be taken into another bar, and drinks wouldn’t be allowed in other private establishments without the consent of the owner. Finally, alcoholic drinks could only be consumed if they were purchased from a vendor inside the entertainment district.

During last week’s council meeting, City Attorney Kit Williams said the police department and mayor had suggested an amendment to the ordinance that requires an alcohol permittee to place a wristband on anyone who takes an open container out into public during a special event.

The council agreed and amended the proposal to require a “designated physical identifier” be used.

Council member Matthew Petty said he was concerned that nobody from the city or council had spoken with the businesses that will be impacted from this decision. He said a conversation with business owners could be helpful in the discussion.

After Thursday’s discussion, the next chance for public input will be at the Sept. 3 City Council meeting.